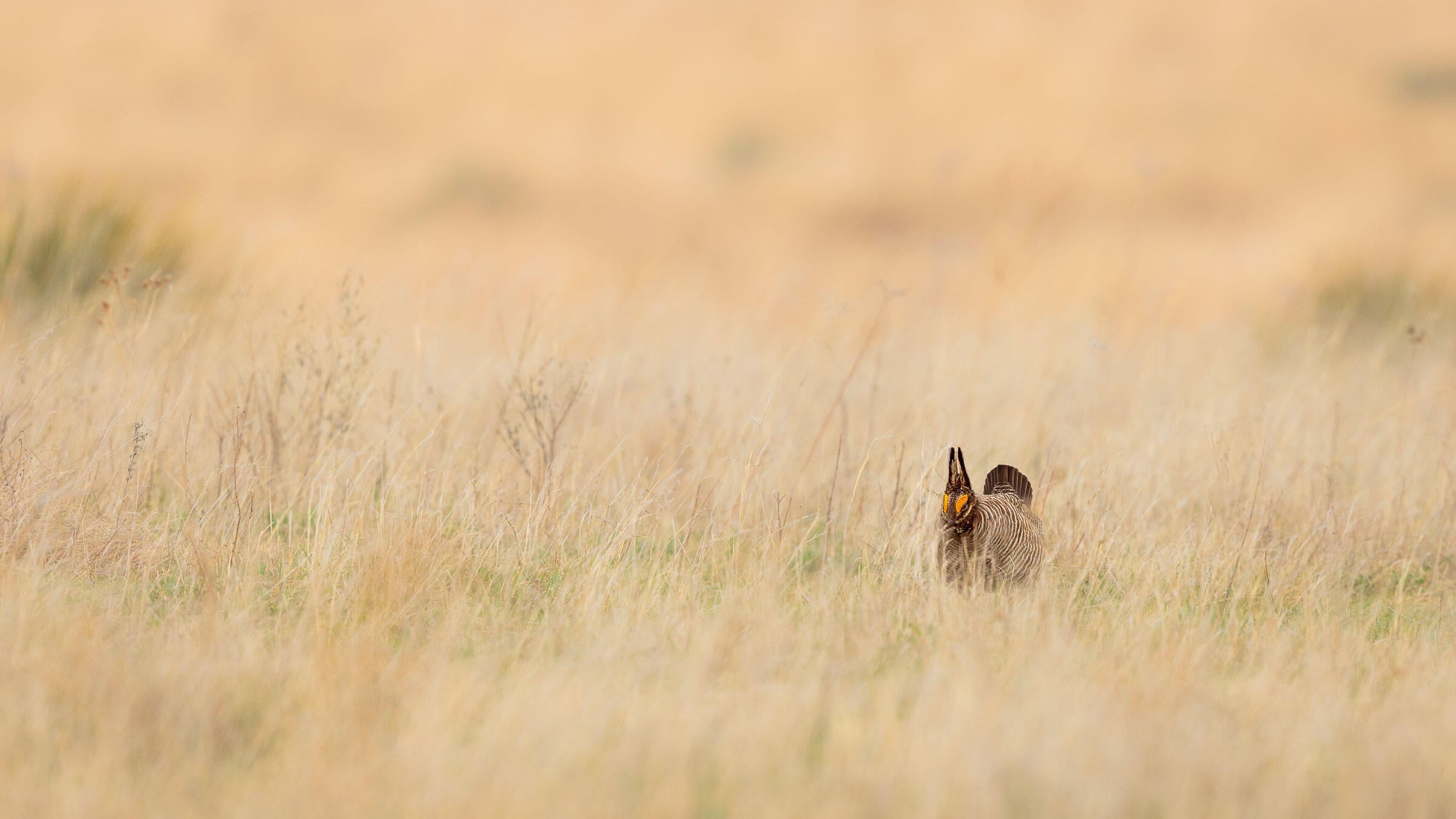 The Trump administration on Monday finalized major rule changes that weaken core provisions of the Endangered Species Act, making it easier for economic considerations to shape decisions about whether species receive protection under the law.

The Commerce and Interior Departments emphasized that the changes are meant to make the Act more efficient and provide clarity and certainty, both for the government officials tasked with making decisions about species and the businesses whose activities those decisions affect. “The revisions finalized with this rulemaking fit squarely within the President’s mandate of easing the regulatory burden on the American public, without sacrificing our species’ protection and recovery goals,” said Commerce Secretary Wilbur Ross in a press release.

The new rules were greeted with immediate and sweeping condemnation from conservationists, who see the changes as an unneeded and industry-friendly overhaul of a law whose track record of saving species speaks for itself. “As a whole, the rule changes are political, unwise, and will only increase litigation,” said Sarah Greenberger, senior vice president for conservation at the National Audubon Society, in a press release. “They tip the balance in decision-making against vulnerable wildlife and undermine incentives for effective conservation.”

More than 1,600 plant and animal species currently receive protection under the Act. Proponents say it has prevented the extinction of 99 percent of listed species, and credit the law with saving the Whooping Crane, Great Lakes Piping Plover, and grizzly bear, among numerous other species.

Since it took effect in 1973, the law has required that decisions about whether to list species be made based only on the best available science and “without reference to possible economic or other impacts of such determination.” The new changes remove that language.

“That’s always been one of the bedrock principles of the Endangered Species Act, that listing decisions are governed by science,” says Dan Ashe, who ran the U.S. Fish and Wildlife Service (FWS) under President Barack Obama. The Trump administration pledges that any cost calculations that would go into a listing decision would be solely for public information, but critics are dubious about such claims, worrying that the economic findings would generate pro-development pressure. “That's just too cute by half, to pretend that the Fish and Wildlife Service should spend hundreds of thousands or millions of dollars on studies that you’re not going to consider,” Ashe says.

Another change would make it harder to designate areas not currently occupied by a species as critical habitat.

Another change would make it harder to designate areas not currently occupied by a species as critical habitat. Before federal agencies can approve or fund a proposed project on critical habitat, they have to consult with the FWS or the National Marine Fisheries Service to ensure it won't cause environmental damage. The new rules set a higher bar for establishing critical habitat—a designation wildlife advocates say will become increasingly crucial as worsening climate change pushes species into new regions.

Critics of the revised rules also raised alarms about a fundamental change for threatened species. Since 1978, the FWS has automatically given species designated as threatened the same protection as endangered species. But under the new rules, rather than extending that blanket protection, the government will write new regulations specific to each threatened species. Critics say that could leave species protected on paper by the Act but without any real safety net.

The changes are not retroactive; they apply only to new listings. But they could shape the fate of species like the Lesser Prairie-Chicken, which is awaiting a FWS decision. The bird—whose range in the southern Great Plains overlaps with the massive Permian Basin oil formation—was listed as threatened in 2014, but an oil industry group and local counties sued, and a judge later overturned the listing on procedural grounds. Now conservationists worry about what the consideration of economic impacts and the rollback of blanket protections for threatened species could mean for the bird’s future. “They might decide to list the bird as threatened and give it no protection whatsoever,” says Jason Rylander, senior staff attorney with Defenders of Wildlife. “That is now OK under the Act.”

Still, the future of these rule changes is likewise murky. Environmental groups and state attorneys general are vowing to challenge them in court, and U.S. Sen. Tom Udall (D-NM) said on a call with reporters that he and like-minded lawmakers would fight the changes on Capitol Hill. “We need to consider stopping these regulations by any means, including the Congressional Review Act,” Udall said, referring to a law that allows Congress to override rules issued by federal agencies.

Whatever the outcome of those battles, they’ll meanwhile drain time and energy that experts say ought to be spent addressing an urgent biodiversity crisis. “What I continually ask is, how is this going to help deal with the extinction of species?” says Ashe, the former FWS chief. “When scientists are saying that we’re living amidst the planet’s sixth mass extinction event, when they’re describing insect declines with terms like ‘apocalyptic,’ when they’re saying only 4 percent of the remaining mammalian biomass on earth is wild—it’s just overwhelming.”