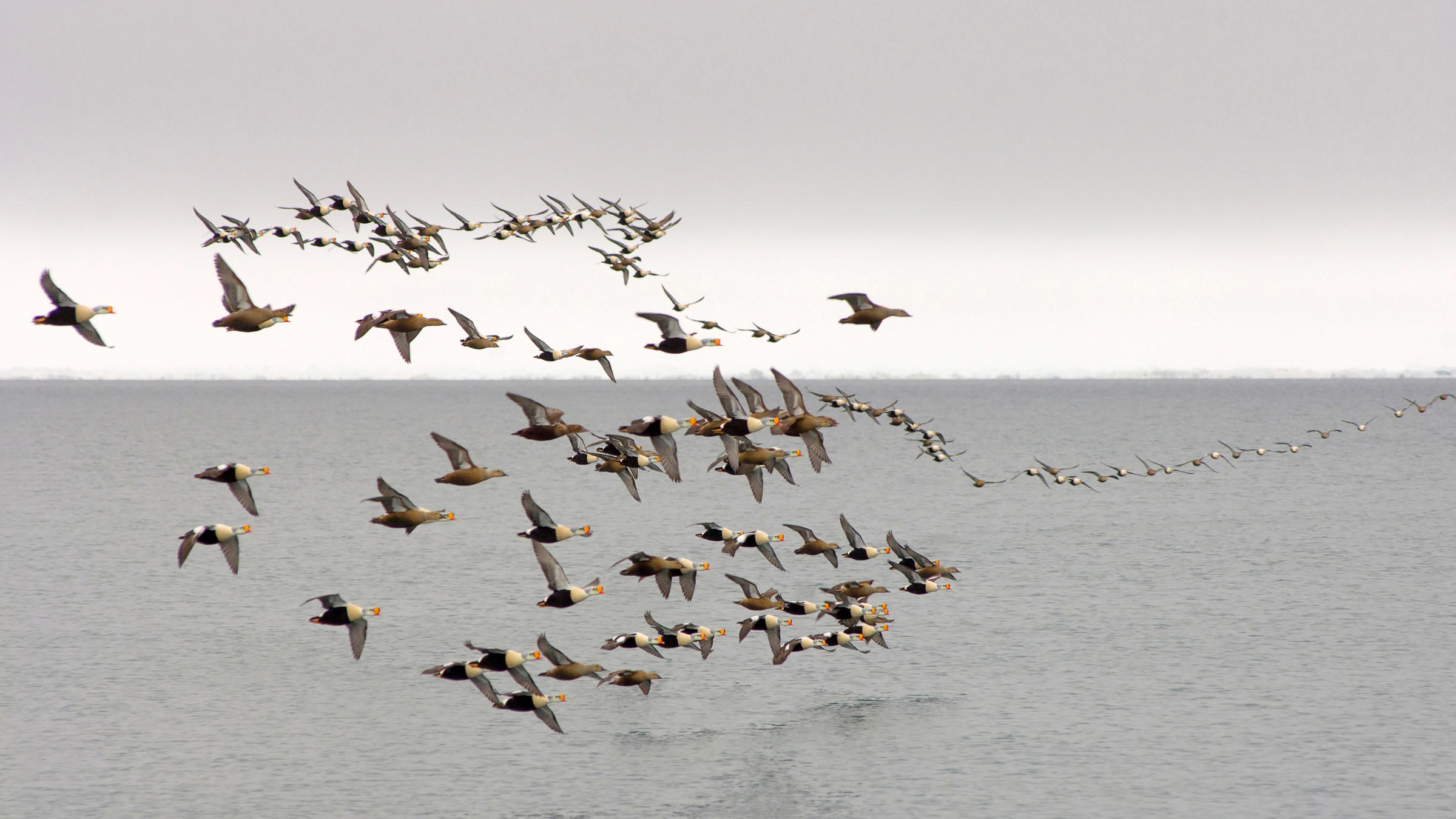 Shell Could Drill in the Chukchi This Summer

A recent environmental impact statement warns of the dangers but doesn’t forbid drilling in the Arctic sea.

Environmentalists fighting to preserve the Chukchi Sea were dealt some bad news this month—a long-anticipated Environmental Impact Statement (EIS) gives the go-ahead for drilling in the area, 80 miles off the northwest coast of Alaska. Unfortunately for the birds and other wildlife that call the Chukchi home, this part of the Arctic Ocean also shelters hidden treasure—an estimated 4 billion barrels worth of oil.

When Shell bought oil and gas leases for the Chukchi in 2008 for $2.1 billion, a coalition of environmental groups, including the National Audubon Society, criticized the decision, faulting an old EIS that relied on an unrealistic best-case scenario. The coalition appealed, forcing the Bureau of Ocean Energy Management (BOEM) to redo the EIS.

On February 12, BOEM released its updated EIS on oil extraction in the Chukchi. The report offers a grim assessment of the environmental risks, including a 75 percent chance of a major oil spill and disastrous devastation of local wildlife. While acknowledging these potential dangers, BOEM still gives the go-ahead for drilling, stating that the original plan represents “a reasonable balance between environmental, economic, and technical considerations.”

Drilling in the area has never been banned outright, but it has already caused problems.  While attempting to drill in 2012, two drill ships suffered crippling accidents that left Shell no choice but to take time off from the project and reconsider its safety protocols.

"There are no signs that Shell is better equipped now than they were three years ago to drill safely in the Arctic Ocean, “ says Jim Adams, policy director of Audubon Alaska.

Despite the potential for more accidents and oil spills, drilling is expected to proceed as early as this summer, according to Shell’s CEO Ben van Beurden. The new EIS, however, is not a final verdict of whether drilling will be allowed—there is a 30-day period before the recommendation is finalized in mid-March.