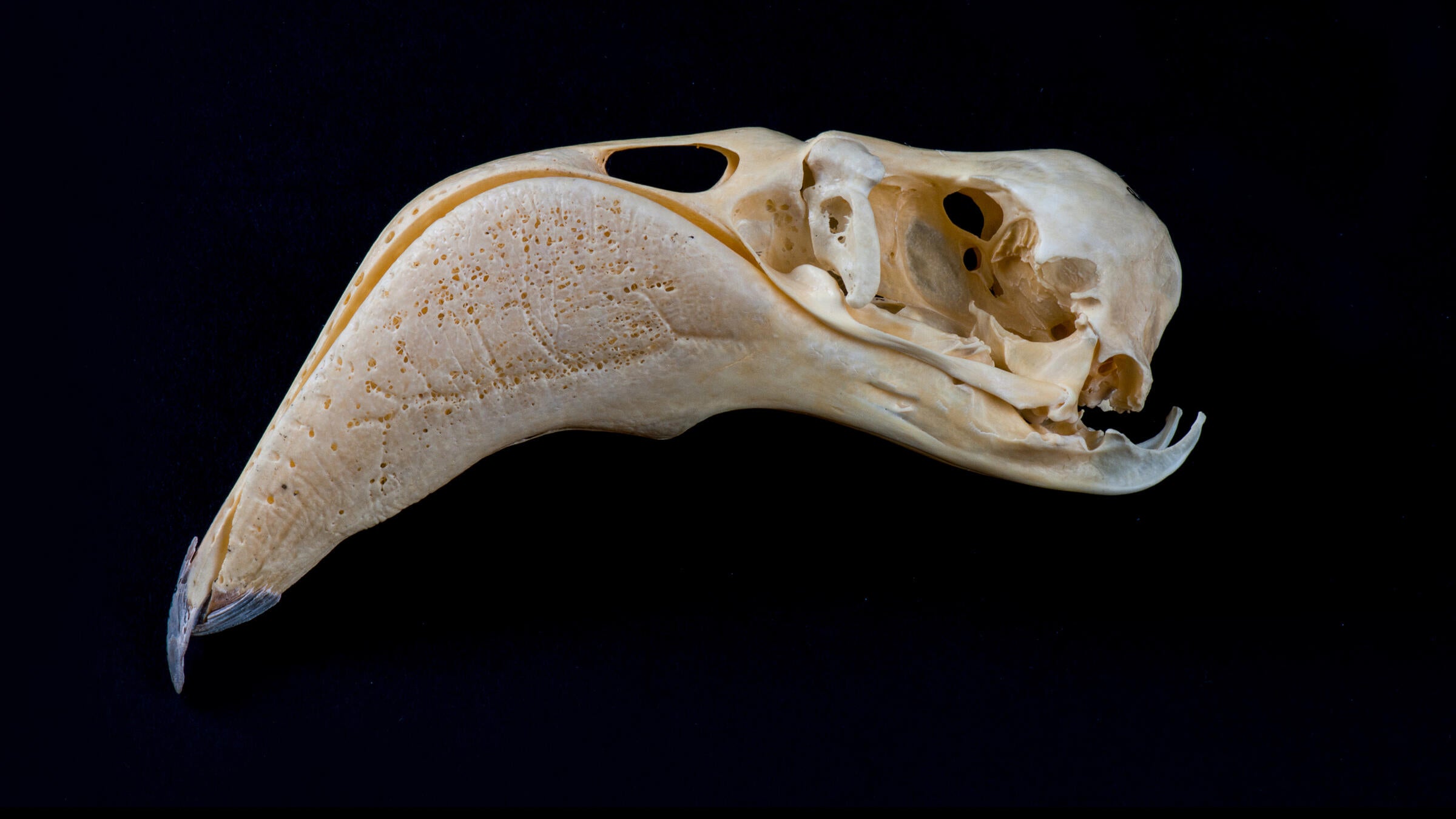 How a retired dentist used his technical knowledge to capture incredible shots of birds.

Of all the people likely to create a stunning group of bird photographs, a retired periodontist seems low on the list—birds don’t even have teeth. But Barry Staley, of Santa Cruz, California, has done exactly that.

Staley’s former day job connected him with the bird skulls he ended up photographing. He began studying the vast animal skull collection at San Francisco’s Academy of Sciences to learn more about periodontal disease (which, of course, doesn’t affect birds, but did affect many of the animals in the collection). The Academy of Sciences has a collection of about 120,000 skulls, and after seeing some of his photographs, curators asked Staley to come on back as a guest research photographer. So he brought over equipment from his periodontal practice and began snapping photos.

Staley had been a birdwatcher for years, so he couldn't resist seeing how bird skulls might look under his dentistry equipment.

Fiber optic lighting comes out of a small black box that is attached to a cable—at the end of the cable, light is emitted, almost like a hose pouring out water. The cable’s diameter is only about as large as your thumbnail, so the light is very intense, which a dentist would want for looking at your teeth. The effect it had on the skulls was almost jack-o-lantern-like.

He also used a technique called “light painting,” which requires a flashlight and a pitch-black room. Leaving the camera on for an extra-long exposure, you use the flashlight to selectively illuminate the object you want to photograph, almost like brushing the object with the light. “The skulls are relatively thin, so you can reflect light into the skulls itself,” he says. That creates a glowing effect. 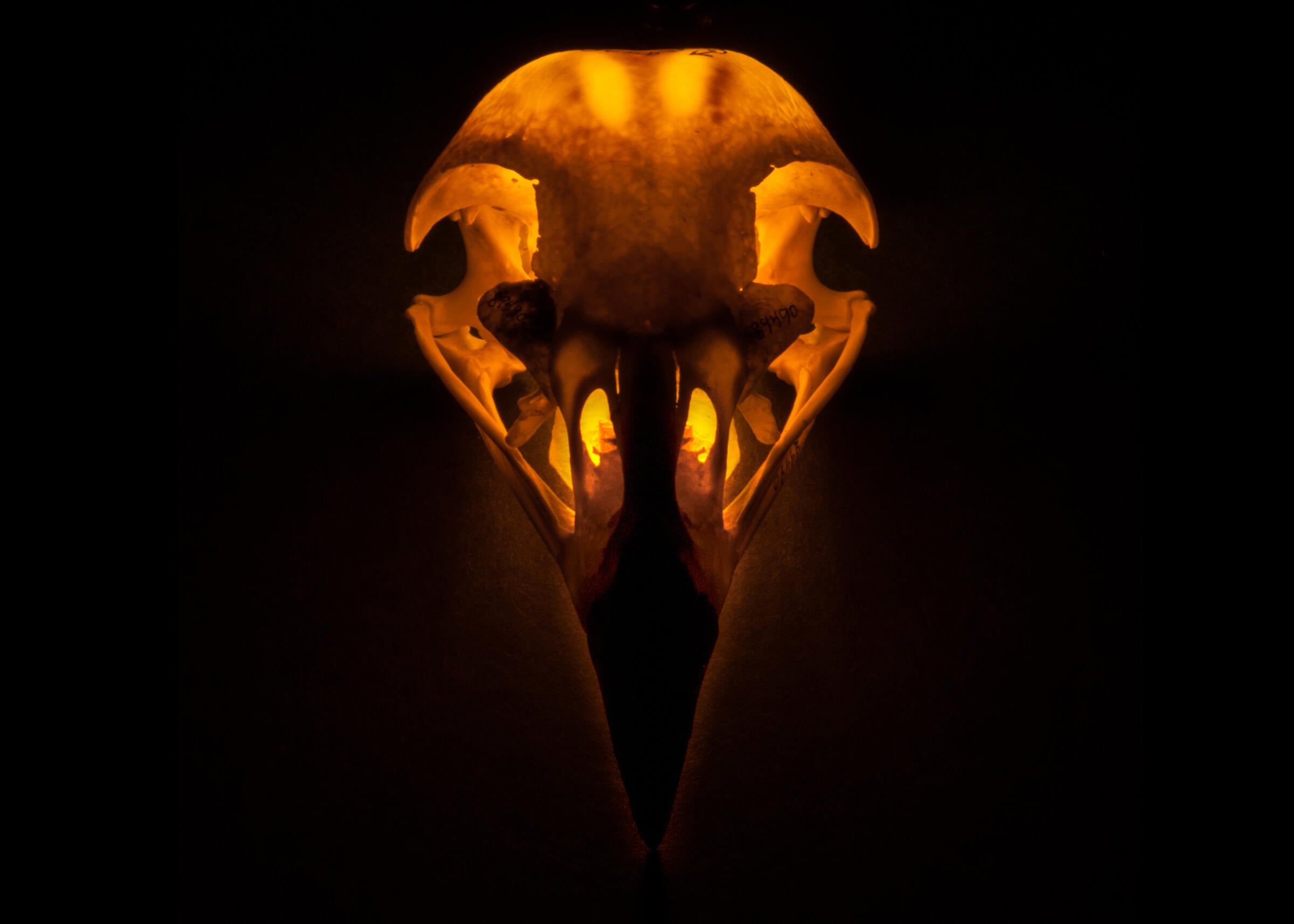 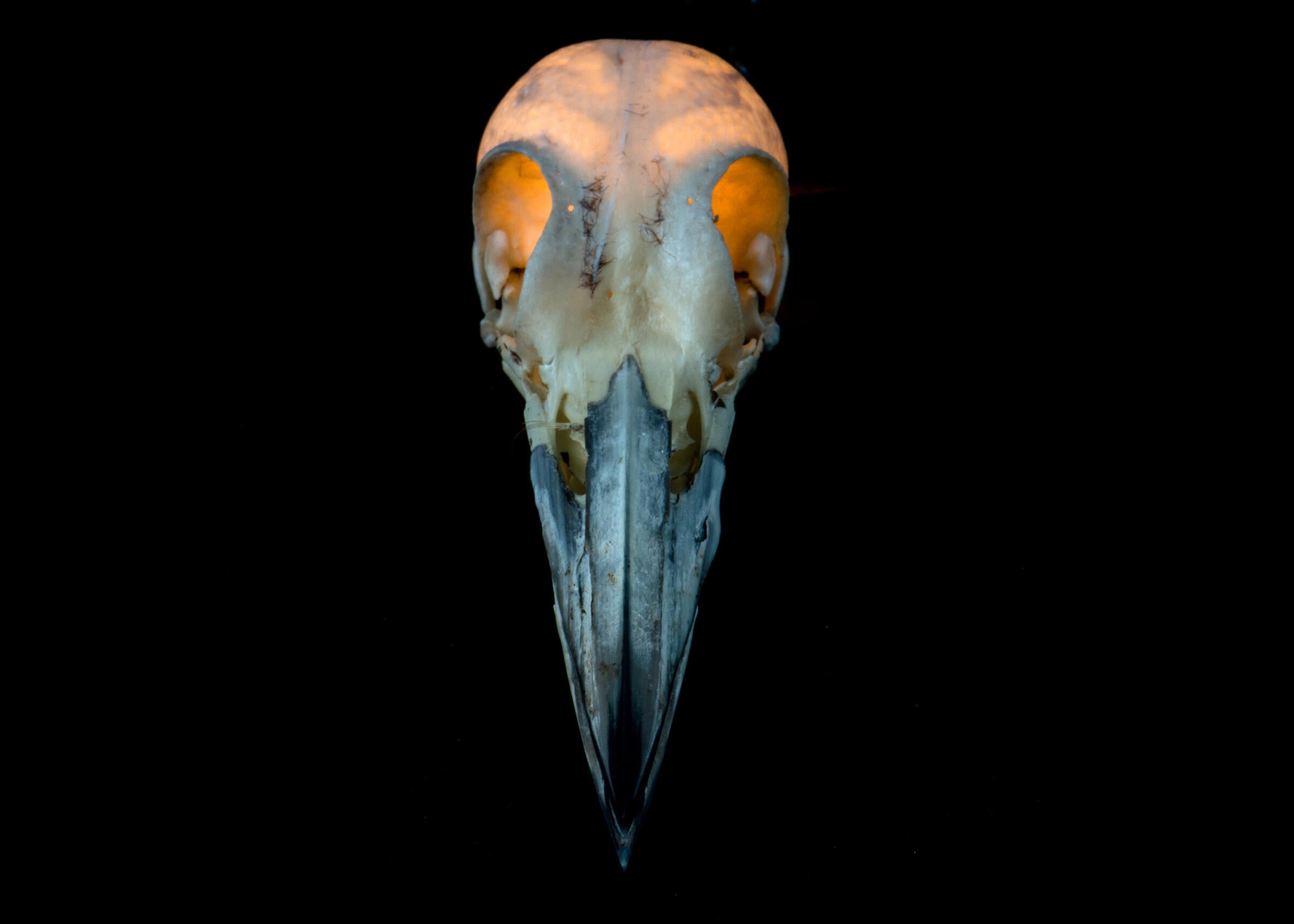 Pileated Woodpecker. Technique: Light painting. “I particularly like this one because the shades of the different undulations on the skull you can see with the light painting,” Staley says. Photo: Barry Staley 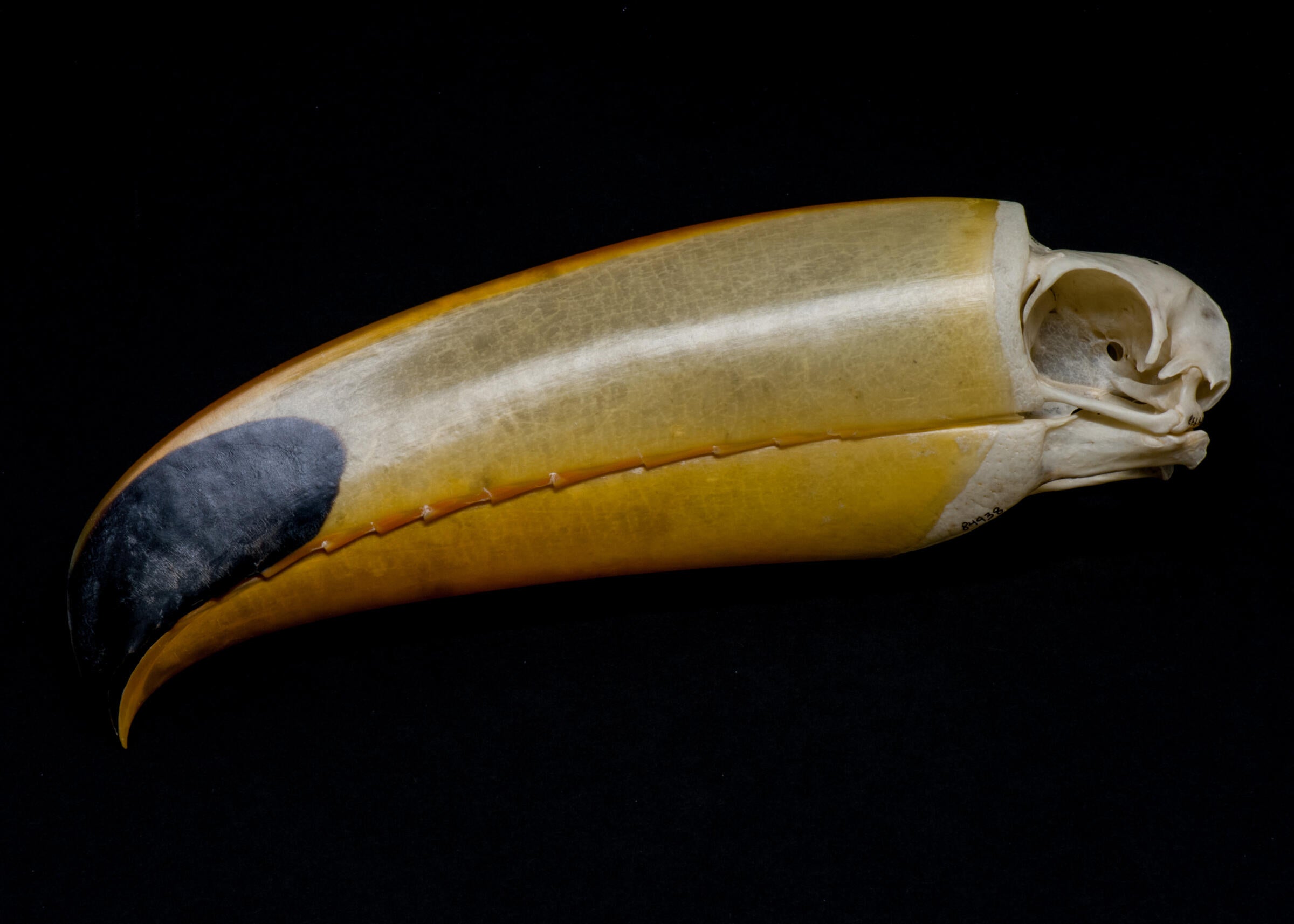 Toro Toucan. Technique: Light painting. “These skulls are surprisingly light, for flight. I had to be really careful with them,” Staley says. Photo: Barry Staley Woodcock. Technique: Fiber optic lighting. “This one really tells you how thin these skulls were,” Staley says. Photo: Barry Staley 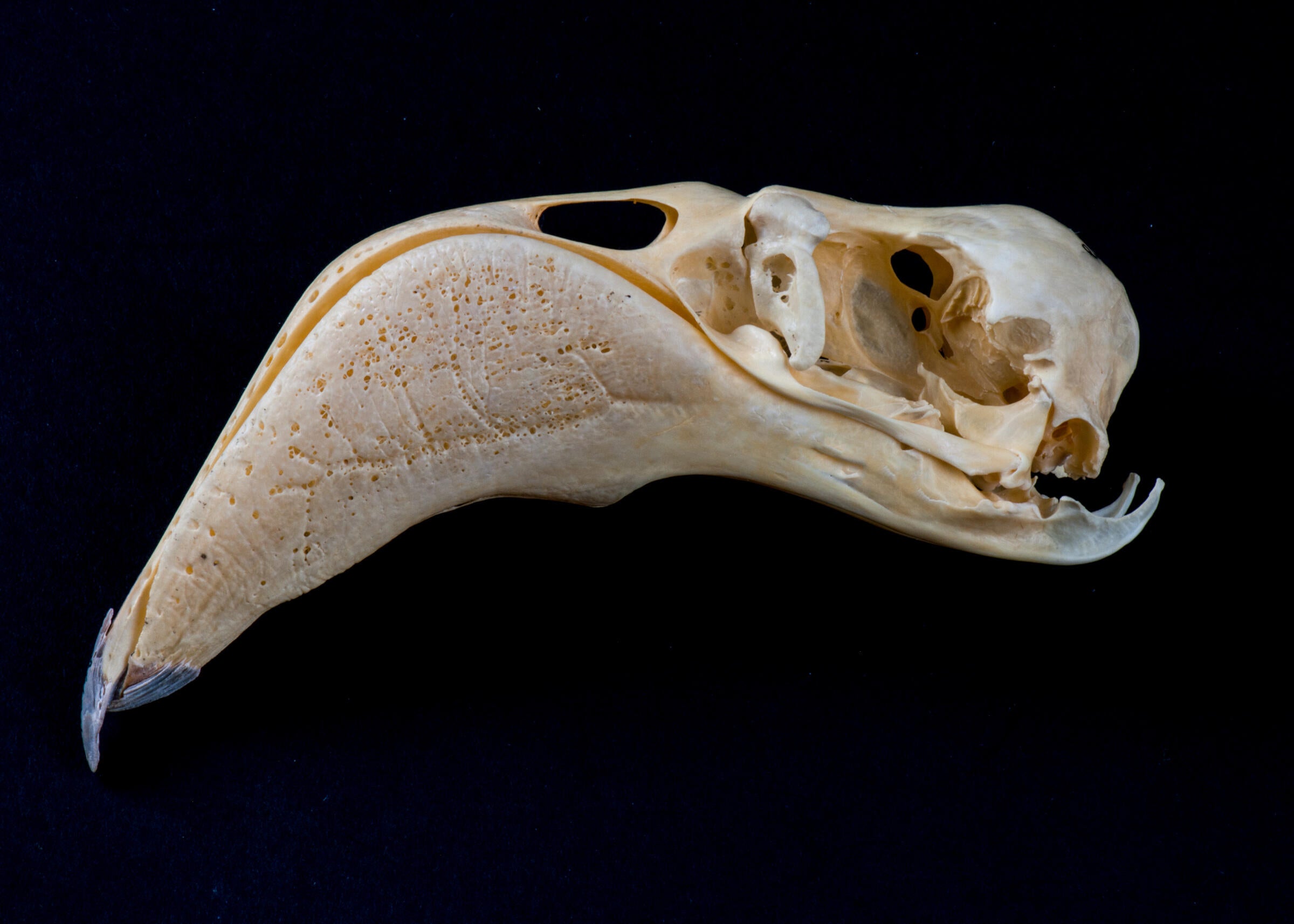 Flamingo. Technique: Light painting. A Flamingo’s beak has a larger lower beak and a smaller upper one, the reverse of most birds because it feeds upside down (bending to gather food from the water). Photo: Barry Staley