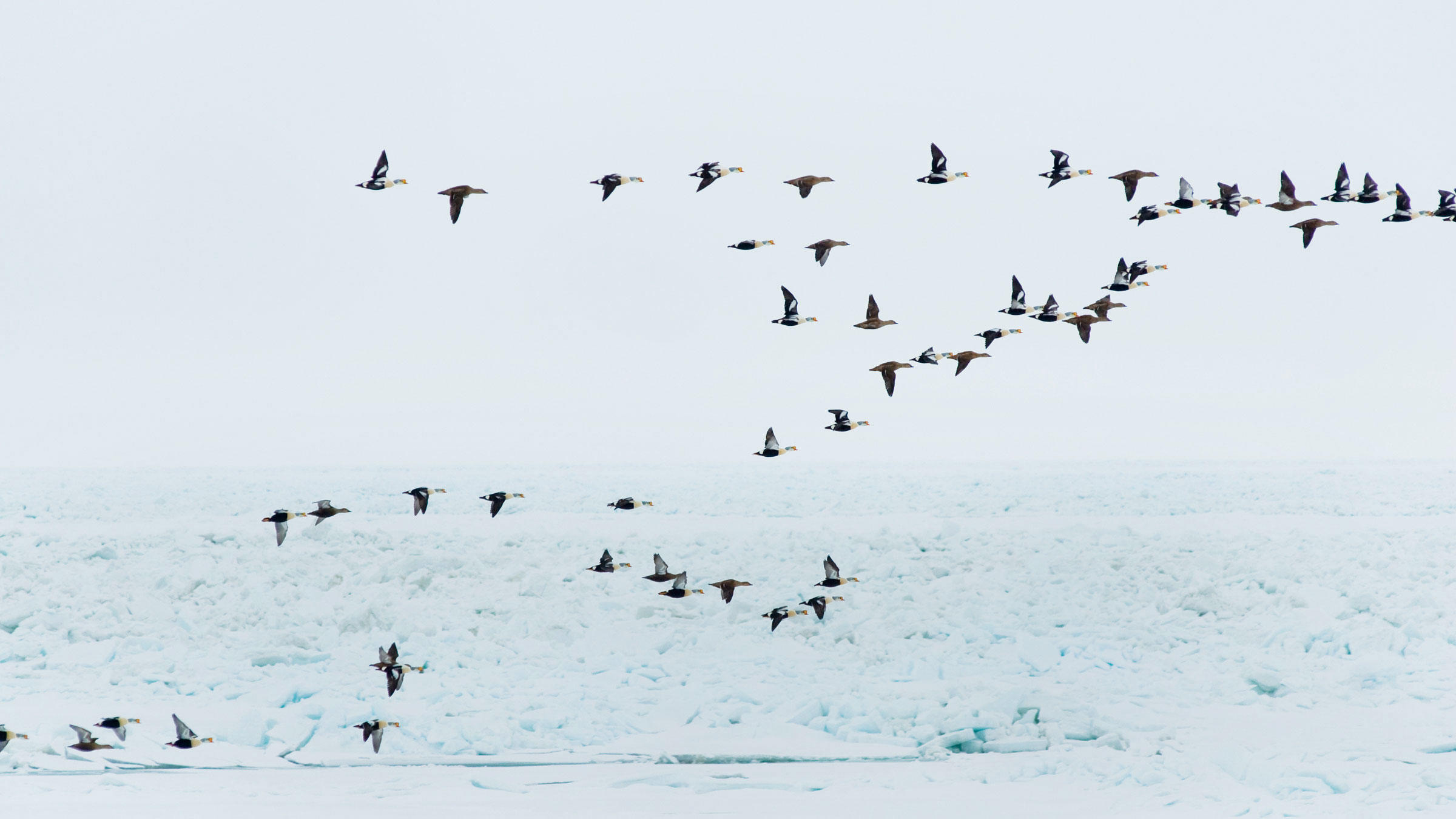 King Eiders in flight over the pack ice on the Chukchi Sea near the Arctic coastal village of Barrow, Alaska. Photo: Steven J. Kazlowski

The Arctic Just Got a Welcome Reprieve

A decade-long battle around offshore drilling in the Chukchi Sea is finally coming to an end.

The United States District Court of Alaska has accepted the dismissal of an ongoing lawsuit surrounding the controversial Lease 193, ending an eight-year legal entanglement regarding offshore drilling sites in the Chukchi Sea near the northern Alaskan coast. Audubon, together with its partners, had filed the lawsuits against the Department of the Interior (DOI) regarding the leases back in 1998, and the dismissal is the result of months of negotiations. In it, every lease except one will lapse, meaning that nobody can drill in those areas.

The history of the leases began in 2008, when the Bush Administration offered up some 30 million acres of ocean floor in the Chukchi Sea for oil and gas exploration. Shell spent more than $2 billion securing a multitude of leases in the region. But the rush to develop the region for oil and gas exploration left environmentalists feeling that Lease 193 could be an ecological disaster—and possibly illegal.

In 2010 the Federal District Court of Alaska found that the DOI was in violation of the Environmental Protection Act, and forced it to reconsider its decision. Nils Warnock, executive director for Audubon Alaska, explains that the environmental impact statement released by the government only analyzed best-case scenarios, overlooking the potential catastrophe that an oil spill would cause in a sensitive region already burdened by climate change.

“A spill in the Arctic would be pretty much impossible to adequately respond to,” Warnock says. The EIS reports showed that a spill may be inevitable under Lease 193, and it was estimated that there was “a 75 percent chance of a major spill occurring during the development and production of that lease.” Warnock says that Audubon and its partners were unwilling to take that risk.

From that moment, a near-decade-long judicial rodeo ensued, culminating in Tuesday night’s decision. All leases pertaining to that controversial 2008 sale “no longer remain active,” according to the District Court of Alaska. Around 486 leases were terminated, all except for one still under the Dutch Shell Company.

It's unlikely, however, that the gas giant will explore further oil excavations in the Arctic. The company has publicly stated that it plans to end operations in the Arctic due to high costs and minimal profits, including exploring the final lease. As a condition of the dismissal, should Shell decide to reinvigorate its oiling endeavors, it must notify all plaintiffs in the case. From there the courts will allow for plaintiffs to re-file the same lawsuits.

Despite the victory, this surely won’t be the last contest over the Arctic’s rich oil reserves. Warnock believes that this is just a fragment of a larger issue.“I think this is only a piece of the whole puzzle of how do you responsibly develop resources out in the Arctic . . . is that possible? If so, what’s the best way to do it that not only allows people to extract resources, but also to maintain the ecological wonder and value of that region?”