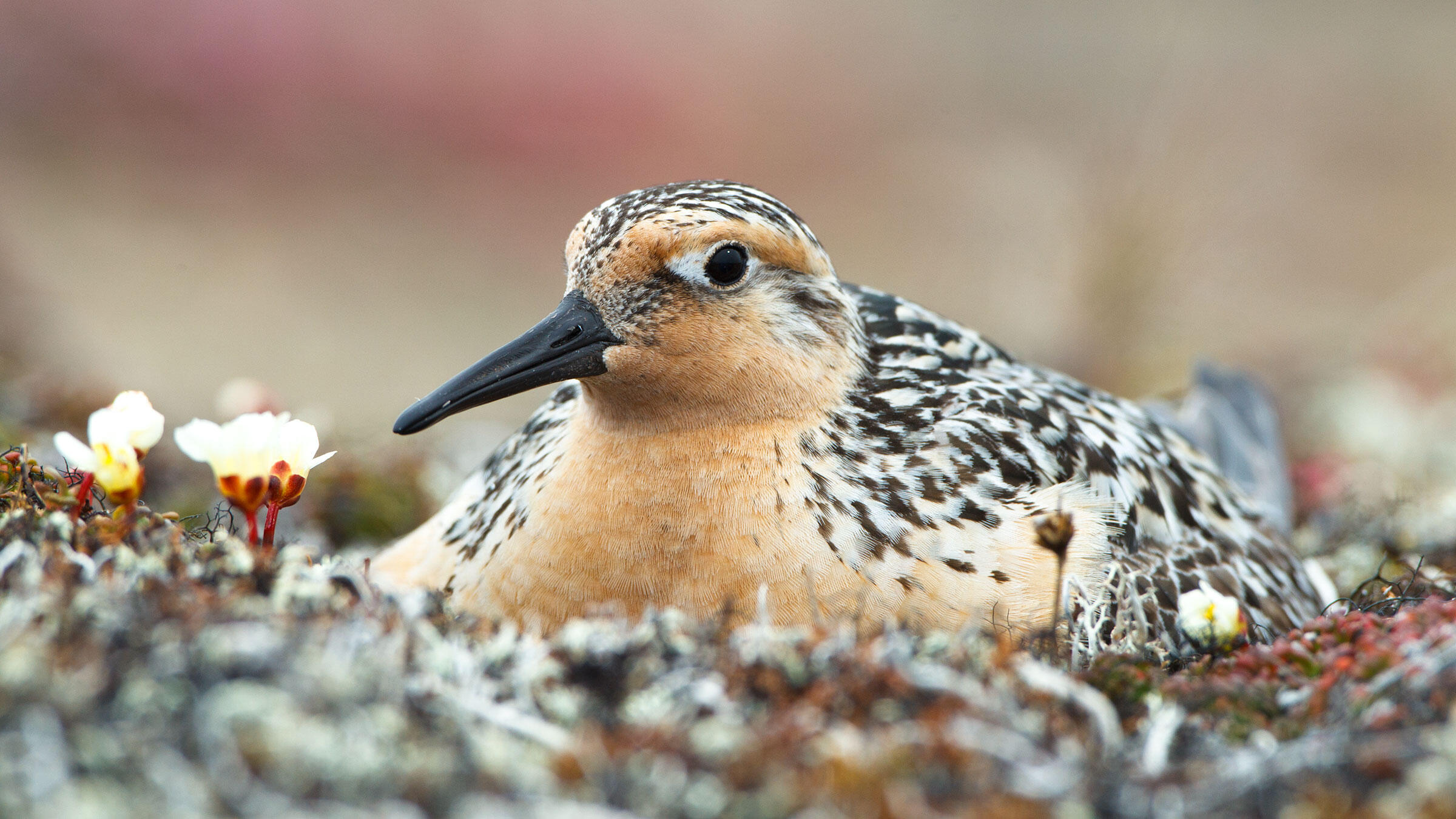 The Arctic Is Shrinking, and so Are Its Birds

In West Africa, Red Knots are 15 percent smaller today than they were 30 years ago—and climate change may be to blame.

Despite weighing less than an iPhone 6, the Red Knot is tough as nails, migrating up to 20,000 miles in a single year. But as impressive as their journeys are, covering all that distance leaves them vulnerable to a wide range of ecosystem impacts, many of which can be traced back to climate change.   Earlier this month, Audubon published an in-depth look at the perils Red Knots face on their journey from the tip of South America to the the Arctic Tundra. Ocean acidification is greatly cutting into the horseshoe crab population—a staple in the birds' high-calorie diets—and rising sea levels threaten crucial stopover areas along the Eastern seaboard. And if that weren’t enough trouble, a study published last week in the journal Science offers more evidence of the crisis, this time on the other side of the Atlantic. Led by Jan A. van Gils, an ecologist at the Royal Netherlands Institute for Sea Research, the researchers found that rising temperatures aren’t just altering the knots’ habitats—they’re shaping the birds themselves.

Over the last 30 years Arctic winters have grown shorter by nearly two weeks, and the ramifications of a longer, warmer summer are reverberating throughout the Red Knot’s food system. Since 1985, Red Knot juveniles from the subspecies canutus, which migrate between West Africa’s Mauritania and the Russian Arctic, have shrunk in body mass by roughly 15 percent. With a smaller body and bill, foraging for the nutrient-rich foods that fuel their long journeys has become increasingly difficult. Carl Zimmer details the findings in a recent piece for The New York Times:

“The insects in the Arctic are responding to the [temperature] shift by hatching earlier. But the Red Knots are not adjusting their schedule. By the time their chicks hatch, the insects are far past their peak, and the birds can’t find as much food as they could 30 years ago. When the birds arrive in Mauritania in July, the smaller juveniles with shorter beaks cannot dig deep enough to eat their regular diet of clams.”

As a result, the young birds are turning to other food sources, such as seagrass roots, which are more accessible but less hearty than clams. The shorter-billed birds are weaker as a result—and much more likely to die. High mortality rates have cut the Mauritania Red Knot population by half, and van Gils predicts that if the trend continues it won't be long before the subspecies goes extinct.
These grim findings have inspired van Gils to expand his research. This summer he’ll study a Red Knot population that spends its summers nesting in Alaska to see if the timing of insect emergence affects the size of their chicks, too. To read more about the study and the ongoing research, check out the rest of Zimmer’s article here.