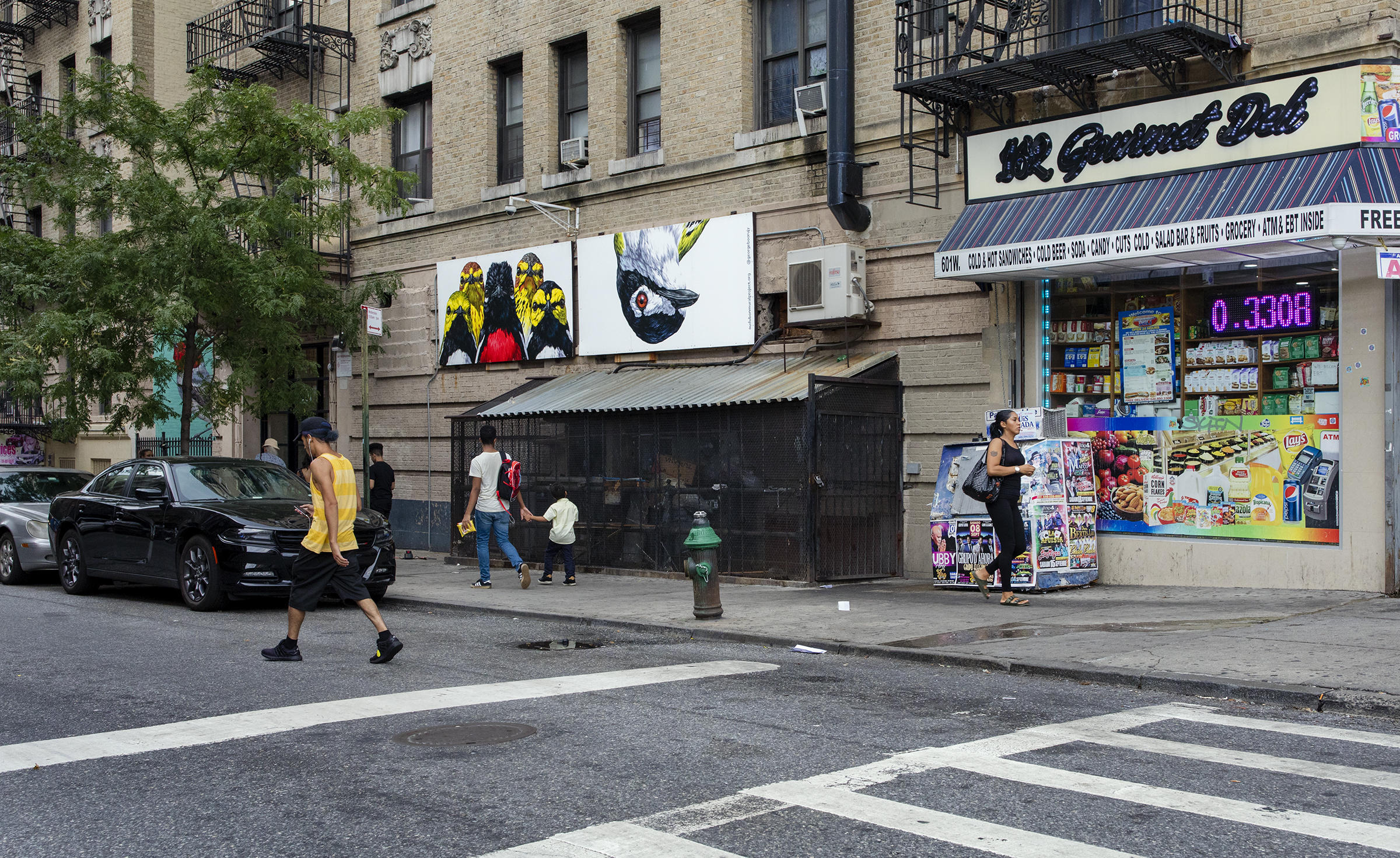 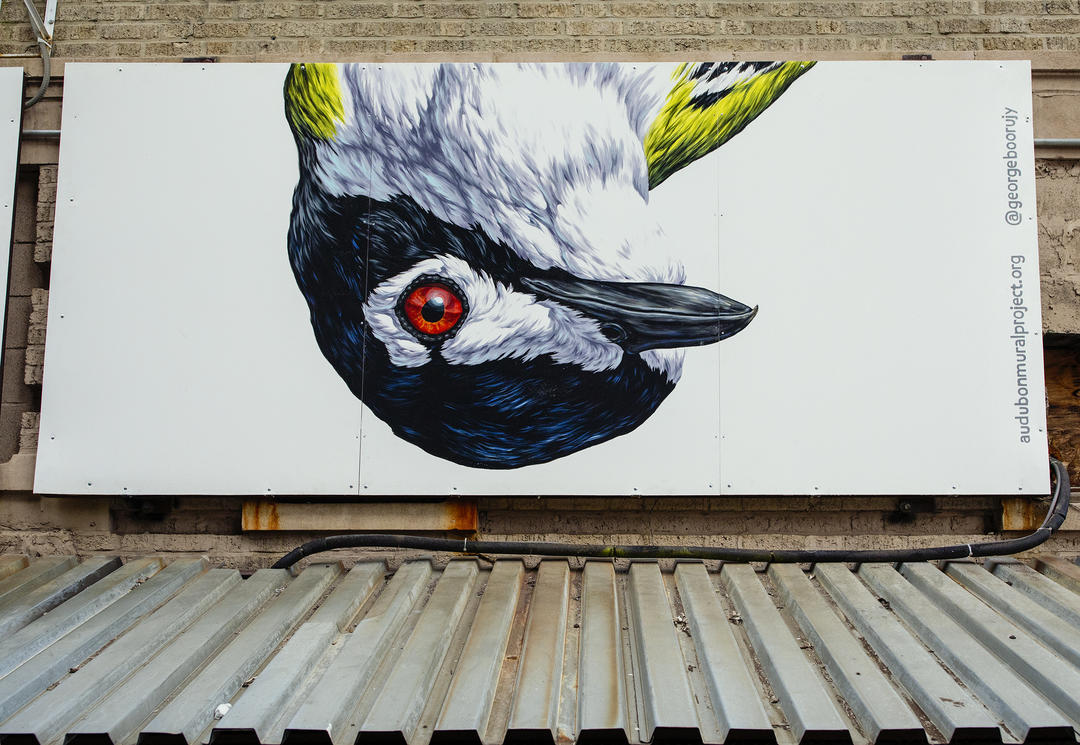 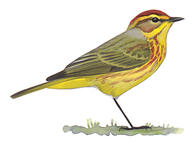 On a sweltering late summer morning in Washington Heights, three men took turns climbing ladders as they precariously balanced 11-foot-long paintings. Pedestrians looked on curiously as the quiet street west of Broadway transformed into a construction zone. Despite an impending thunderstorm, the crew kept at work until the two murals finally hung securely on the unassuming wall between a deli and apartment complex. The birds looking out from them confront viewers face-on. Their message is unequivocal: It’s time to turn an eye to climate change.

Brooklyn-based artist George Boorujy intentionally made the warblers larger than life. Like other birds featured in the Audubon Mural Project, which turns the northern Manhattan neighborhood where John James Audubon once lived into a giant avian-art scavenger hunt, these act as ambassadors for conservation. The project’s goal is to paint all 314 species identified as threatened by climate change in Audubon’s Birds and Climate Change report. This summer, at the same time the Migratory Bird Treaty Act celebrates its centennial, the project notched a milestone 100.

Boorujy’s work has always centered around people’s relationship with their environment, and in the past few years, he’s pivoted his focus to human impacts on wildlife. That’s what inspired him to get involved with the Audubon Mural Project, for which he’s so far contributed five murals. Actually painting each of the eye-catching works only took two to three days, says Boorujy, but trying to figure out how to best portray the chosen species presented more of a challenge.

He posed the question: “What’s the truest thing about these birds that I want to say?” Boorujy strove to balance showing the species as they actually are with making a striking, accessible image. He also wanted to emphasize their adaptability in the face of mind-boggling migrations. One mural features a Black-throated Green Warbler, Palm Warbler, Painted Redstart, Cape May Warbler, and Golden-cheeked Warbler staring with intense expressions. “They’re sort of presented like a gang,” he says. “A gang of tough guys basically, because they are tough little guys.”

Boorujy’s portrayal of the Black-capped Vireo in the second mural was also deliberate. Protections triggered by the Endangered Species Act halted the vireo’s steep decline and it was delisted last spring (although the species’ future is still far from secure). Boorujy chose it as a subject to highlight the effectiveness of the ESA, especially now that the act itself is under threat. He paired the mural of the vireo with that of the five warblers because these two types of bird used to be grouped together by ornithologists. Then it was discovered that vireos are actually much more closely related to shrikes, which turned that theory on its head—something Boorujy’s vireo comically nods to.

Several passersby stopped, tilting their heads, almost emulating the vireo as they looked up at its peculiar orientation. That moment of contemplation, says Avi Gitler, who through his gallery Gitler &_____ has partnered with the Audubon Mural Project for four years, is the intended effect. The mural project’s significance in this neighborhood also reaches beyond the fact that it was once Audubon’s home. “I love the idea of this project being presented to a [largely Dominican] community,” he says. “Conservation issues, specifically climate change, are hugely important in Puerto Rico and the Dominican Republic, but they may not always get their due because there are bigger, more immediate issues at the fore.”

Aida Rojas, a long-time Washington Heights resident, was one of the neighbors who stopped and took in the paintings for several minutes. The birds look at peace next to each other with their expressions of unity, security, and satisfaction, she said in Spanish. However, she realizes the necessity for showcasing these species goes back to how vulnerable they are in the face of climate change.

“Some of the most beautiful things created on this Earth have the weakness of not being able to defend themselves,” she said. “I hope that each one of these birds has the opportunity to live on and express their beauty.”