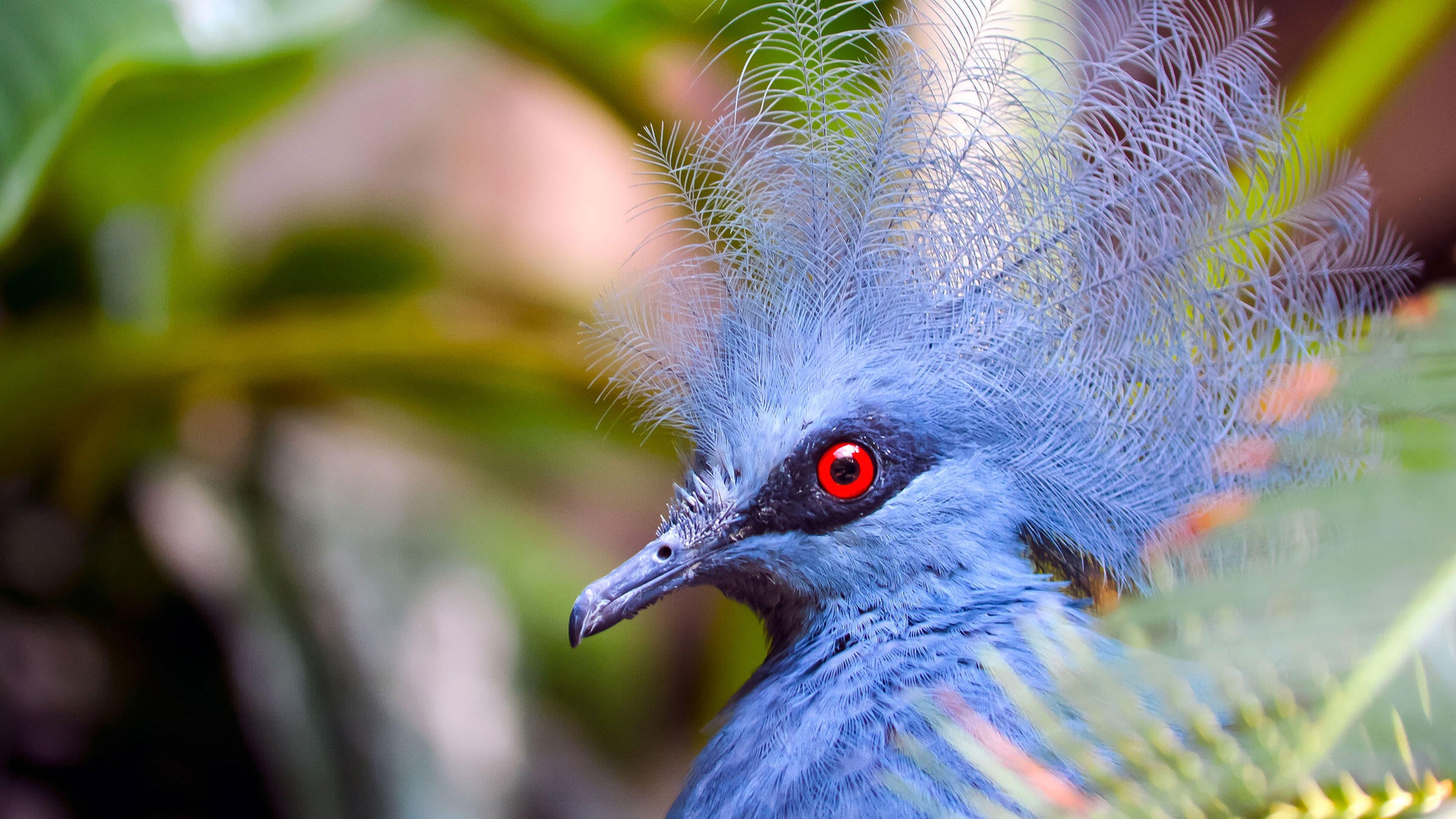 Yeah, we went there.

When males aren’t too busy being great dads, they're usually trying to stay fit. Birds, of course, are no different. Here are our picks for best fatherly physiques (in the avian world, that is).

Unlike your typical urban pigeon, the Western Crowned-Pigeon will undoubtedly turn heads. This exotic-looking bird, native to the West Papuan Islands in Indonesia, is quite the pretty boy, with stunning blue feathers, an elegant purple shoulder streak, and a lacy headdress. The female is just as impressive—but let’s save that for a different story.

Weighing in at about 11 pounds, this bird of prey from the rainforests of Central and South America has talons the size of bear claws, thick legs, and a six-foot wingspan. No wonder it’s one of the mightiest eagles in the world. Still not convinced? When hungry, these muscular dudes can lift (and eat) their weight in prey—howler monkeys, eight-pound sloths, and even baby deer are not off-limits. Given that the female can weigh twice the size of the male, she may not be too impressed.

The male Mandarin Duck—a close relative of the Wood Duck—has the most elaborate combination of plumage, with bright red and orange cheeks, a cobalt and magenta chest, and dazzling patches that blanket him from end to end. These stunning creatures, native to eastern Russia, China, Japan, and Korea, far outshine their female counterparts, which are predominantly brown. Way to steal the show, Dad!

These feathered giants may not look so remarkable, but they have the largest recorded wingspan among modern avians: an average of 11 feet. The Wandering Albatross uses its impressive wings to cruise over the Southern Ocean for months, even years—sometimes sneaking a nap in mid-air. When courting a lady, the male unfurls his wings to really show off what his mama gave him.

True to its name, the Sword-billed Hummingbird has a beak that measures up to four inches. But bigger isn’t always better: Because his bill is longer than his metallic-colored body, this South American critter has trouble balancing. The good news is that he has to maintain really great posture.

If colorful plumage and potent wings aren’t your thing, the legs on this guy may just win you over. The Common Ostrich isn't only the biggest bird in the world, it’s also one of the fastest runners, reaching speeds of up to 45 miles per hour on the African savanna. When the bird is in full sprint-mode, a single stride can cover over ten feet. Looks like there’s some real dad strength under all that fluff.