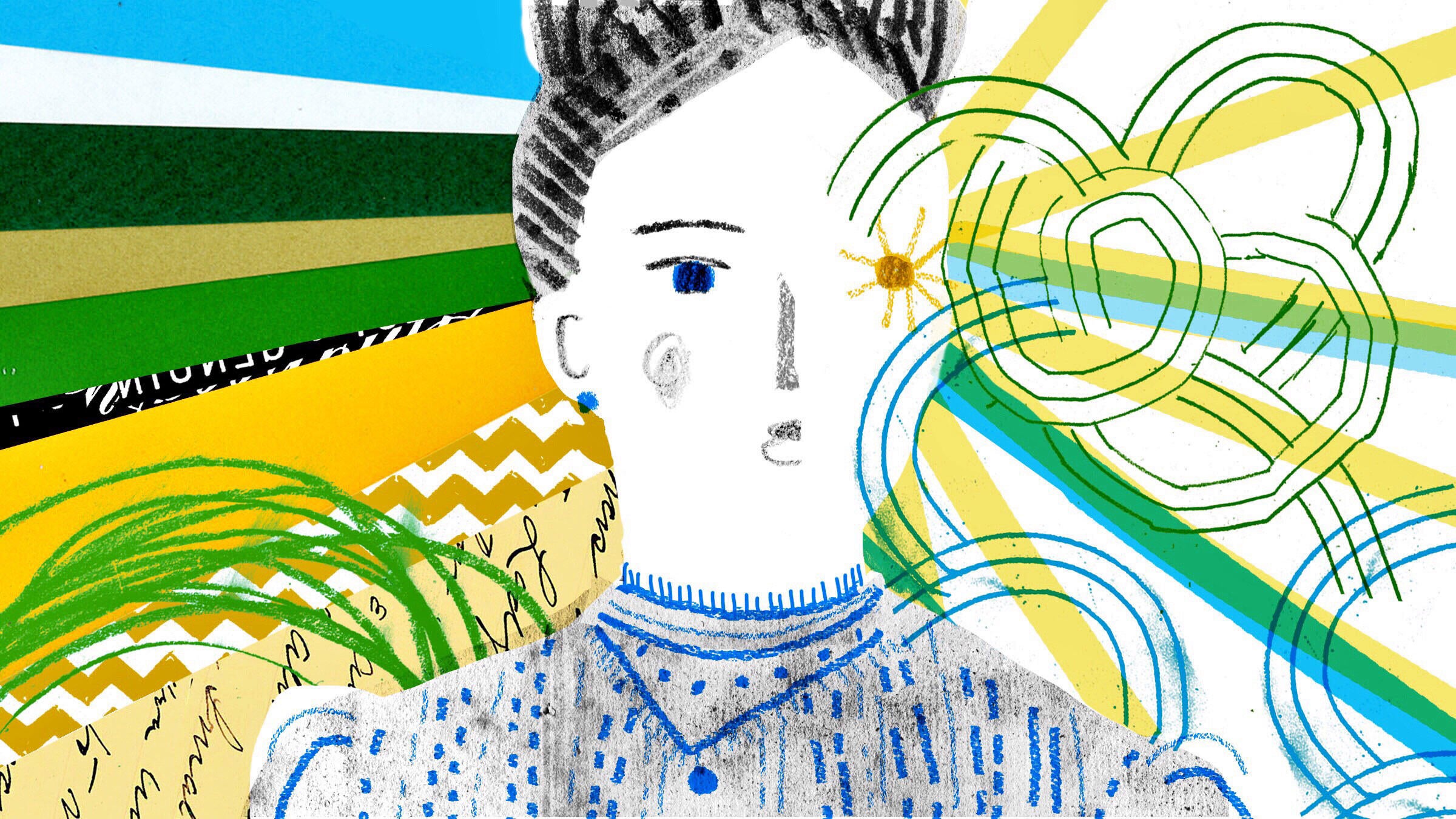 An artistic representation of amateur climate scientist Eunice Foote, who discovered the greenhouse effect in the 1850s. No known photographs of Foote exist as of publication. Illustration: Andrea D'Aquino

Two hundred years ago today, on July 17, 1819, Eunice Foote was born. Thirty-some years later, the amateur climate scientist made the remarkable discovery that when sunlight shines on carbon dioxide in a closed container—our atmosphere, for example—heat builds up inside.

Carbon dioxide's warming ability is fundamental to climate science, and it explains why our planet's temperature is rising as we burn fossil fuels like oil and gas at a skyrocketing rate, sending carbon dioxide molecules into the atmosphere. Foote herself even speculated that global warming was possible. “An atmosphere of that gas [carbon dioxide] would give to our earth a high temperature," she wrote, "and if as some suppose, at one period of its history the air had mixed with it a larger proportion than at present, an increased temperature . . . must have necessarily resulted.”

But as recently as 10 years ago, Foote's birthday would have passed by unnoticed. That's because for more than 150 years, her landmark finding was lost to history.

Instead of Foote’s story, the historical record holds that, in 1859, the Irish physicist John Tyndall discovered the warming effect of the sun’s rays on carbon dioxide and water vapor, better known as the greenhouse gas effect. Tyndall made the discovery three years after Foote, and yet he’s received the credit. He still does to this day despite the truth now being known—even more reason to celebrate Foote’s birthday and mark her contribution to climate science.

Liz Foote, a marine biologist with genealogical ties to Eunice Foote, has been searching for any information she can find on her progenitor. “Her story is just starting to come out,” she says. The younger Foote hopes to find a photo of her ancestor, potentially from when she attended the Seneca Falls Convention, where she was the fifth of around 100 signatories of the Declaration of Sentiments for women’s rights.

Foote’s work might still be lost to us if not for a fortuitous finding.

Eunice Foote’s work might still be lost to us if not for a fortuitous finding by Raymond Sorenson in 2011. A retired geologist and amateur historian, Sorenson spends his free time looking through old scientific books and documents—including 300 in his personal collection that predate the Civil War. While flipping through The Annual of Scientific Discovery, Sorenson stumbled upon an 1857 report covering an oral presentation of Foote’s groundwork.

“It was purely blind luck,” Sorenson says. “I happened to read that page and knew enough to think, ‘Ah, that doesn’t fit with my understanding of the history of that concept.’”

The report detailed Foote’s simple yet effective experiments. She filled one cylinder with “common” air and an identical container with either carbon dioxide or water vapor. Then she placed thermometers in each and positioned them in sunlight. Soon, the temperatures in the greenhouse gas cylinders soared above those filled with common air.

The description was based on a reading of Foote’s work from the 10th annual meeting of the American Association for the Advancement of Science (AAAS), where Joseph Henry of the Smithsonian Institution presented Foote’s research on her behalf. Henry began his talk with a well-intentioned but demeaning declaration that science is “of no country and of no sex. The sphere of woman embraces not only the beautiful and the useful, but the true.”

Although it's likely that women were allowed to present at AAAS meetings at the time, it was uncommon. Whether Foote was present at the convention is unclear, but her husband Elisha Foote, a patent commissioner and amateur scientist she likely collaborated with, was in attendance and presented his own work measuring the heat of the sun’s rays.

While she was a major player in the women’s rights movement, Foote’s contributions to the scientific community made less of a splash. Though reports about the AAAS presentation of her research were published in the New York Daily Tribune, the Canadian Journal of Industry, Science and Art, and Scientific American, Tyndall did not attend the AAAS meeting, and scientific knowledge was not shared effectively at the time, especially across oceans. Tyndall’s claim to the greenhouse gas discovery likely wasn’t a purposeful discreditation but an honest mistake.

“Once John Tyndall got name recognition and got credited for being the originator, people just didn't go back to look,” Sorenson says. “He was a recognized scientist and people accepted his claim.”

However, Tyndall did believe that women were intellectually inferior at creative scientific research. He wrote in a letter that women have “more feeling and less intellect than men,” and he openly opposed women’s suffrage.

Tyndall’s historical prominence where Foote’s should be plays into the Matilda Effect, or the trend of men getting credit for female scientists’ achievements. This is a common narrative across scientific history. One of the most famous examples is the case of Rosalind Franklin, whose work was essential to the discovery of the shape of DNA, though only James Watson and Francis Crick gained recognition.

Because Tyndall had access to the latest scientific equipment, he was able to advance his work further than Foote. She probably couldn’t distinguish between the sun’s rays and other sources of radiation heating the gases in her experiments—and the former needs to be isolated to prove the greenhouse gas effect. Tyndall, on the other hand, had the resources to make this distinction. Nevertheless, Foote’s research marked a scientific milestone, which is especially impressive considering her lack of equipment, training, and male privilege.

Audubon magazine is a nonprofit, and stories like this are made possible by readers. You can make a donation today to support our journalism.

Seven Women Who Made the World Better for Birds and People

We’re giving a major hat tip to these die-hard conservationists, because every month should be Women's History Month.

When Women Run the Bird World

For decades female birders have been the silent majority. Now they’re starting their own movements to transform a privileged culture.