[Ed. Note: We will be updating this story as we get more information from staff, partners, and volunteers in the Caribbean, Florida, Georgia, South Carolina, and North Carolina.]

Audubon Florida reports that all 44 nests of the Everglade Snail Kite around Lake Okeechobee were lost during Hurricane Irma. Because only 130 pairs of Everglade Snail Kites even attempted nesting this year, the loss is a devastating blow to an already poor breeding season for the bird. Read the full story here.

Audubon Florida has posted an update to their website with a roundup of what they know so far of Hurricane Irma's impact across the state. An excerpt:

"We don’t have a full picture of Hurricane Irma’s environmental damage to our state yet. But we know birds and other wildlife and their native habitats are resilient in the face of natural disasters. Human activity clearly compounds the negative impacts. We have assigned our science and research staff to report on the 140 sites that Audubon Florida manages, and we are collecting information from others. Here is part of what we know:

Volunteers and staff at Audubon’s Corkscrew Swamp Sanctuary are making good progress. We’ve still been unable to access the entire 13,000-acre sanctuary site, but we’re working to make progress on the most important areas. The Blair Audubon Center building sheltered Audubon staff, families and even first responders during the storm, and it remains structurally intact. Hard-working volunteers and staff have been working in the daylight hours to recover from the damage caused by Irma. Many staff and volunteers are without power and communications at their own homes, and there is no power, communications or cell service out at the sanctuary. The hot Naples, Florida sun beats down on these folks every day, and we’re so thankful to have their support in getting the center back on its feet.

Audubon Center for Birds of Prey was able to get completely cleaned up today. WOW! In fact, we’re reopening tomorrow. We still don’t have power but the birds don’t need A/C. Guests can pay for the admission fees via cash or check (until our power and internet are fully restored), and the birds are eager to see friendly faces again.

Lastly, we’re starting to get reports of rare Atlantic and Caribbean birds being spotted across the state. We’ve started collecting photos and stories at FLConservation@Audubon.org. We’ll be doing FB posts and website posts about these.

Also, here’s a read about how beach dunes did better than seawalls during Hurricane Matthew. http://fl.audubon.org/news/hurricane-matthew-assessment-beach-dunes-better-seawalls

Staff and volunteers have begun cleanup at Corkscrew Swamp Sanctuary. Oak, pine, and cypress trees all came down during Hurricane Irma, damaging the boardwalk and littering the area with debis. According to reports, most buildings avoided major damage from falling trees.

From Florida’s Audubon Center for Birds of Prey

According to a recent post on the center’s Facebook page, it is currently without power and closed to the public while volunteers and staffers remove debris and fallen trees from the poperty. But “all the buildings, enclosures and most importantly birds, are just fine.” More updates will be provided via Facebook.

“[W]e have not had any reports of any damage to BNT properties across the archipelago, although the Exuma Park Staff are only headed bank there today. But based on reports from Council Member Kevin Cartwright on nearby Highbourne Cay in the Exuma Cays, the infrastructure of the park should not likely have suffered any significant damage. [...]

Andros staff report that they had minimal impacts and that there is no damage to the infrastructure.

Inagua warden Casper Burrows has reported since just after the storm that he has seen small flocks of flamingos near town and a few parrots. The dike roads remain impassable so he has not been able to get out to the Camp or Union Creek to assess damage. Warden Henry Nixon is expected to return to the island this week, having evacuated with his family. Once Henry returns, it is anticipated that they will do a more comprehensive assessment.

As many if you are aware, a large portion of the Inagua national park is inaccessible wilderness areas. In discussions with Casper, he noted that they really do not have any accurate idea of what the true impact on the flamingos has been, because so much of their habitat is inaccessible.”

Audubon’s Corkscrew Swamp Sanctuary in Naples, Florida, has suffered damage from Hurricane Irma and will be closed until further notice. According to a post on its website, “initial reports indicate that several trees have fallen on some facilities, power lines and several sections of the iconic boardwalk.” The sanctuary is expected to remain closed for at least two weeks while repairs are made.

Areas of concern: As Hurricane Irma approaches, threatening to bring storm surges and a deluge of rain, below are three major areas of concern in Florida for people and birds. Hover over the map to see each area of concern and read more. 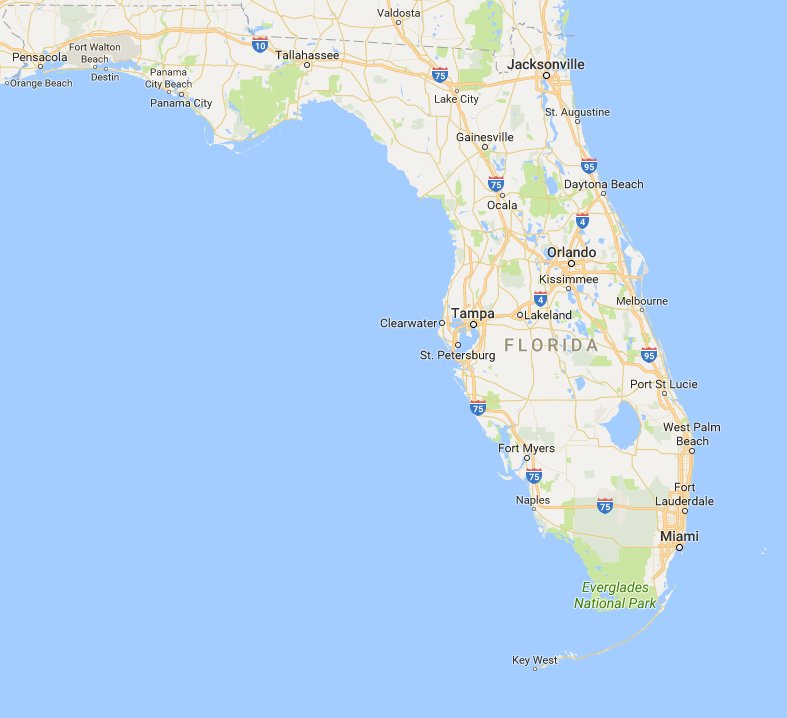 The Audubon Center for Birds of Prey in Maitland, Florida, is now also closed.

Hurricane Irma, currently a Category 4 storm on the Saffir-Simpson Hurricane Wind Scale, contines to churn its way through the Atlantic and the Caribbean on its way toward landfall in Florida. Audubon works in many of the areas that have been, or will be, affected by Irma. As we get updates from partner organizations such as the Bahamas National Trust, and from our own state offices and chapters, we will post them here.

“Hurricane Irma poses a serious threat to Floridians and birds alike, and Audubon Florida is closely monitoring the storm. We encourage all chapter leaders to pay close attention to local officials and FloridaDisaster.org for the most up-to-date information on Hurricane Irma.

Audubon’s policy office in Tallahassee is keeping in contact with the Audubon Florida team statewide. Many staff have already evacuated or are sheltered in place with shutters.

We at Audubon Florida are preparing for the worst while hoping for the best . . . for our birds, our state and you. Please stay safe.

Audubon Florida has closed several of our locations that face a direct threat from Hurricane Irma, including our headquarters in Miami, Audubon’s Everglades Science Center in the Florida Keys, Audubon’s Corkscrew Swamp Sanctuary in Naples, and our Lake Okeechobee office in Lorida. We post office and nature center closures here.

The Audubon Center for Birds of Prey in Maitland remains open and has emergency plans in place to protect the birds and property. The Tampa office also is monitoring conditions and is prepared to close if necessary. All Audubon boats, trucks, and ATVs have been secured, and many staff are working from home. Tallahassee’s policy office remains open.

We at Audubon are preparing for the worst while hoping for the best...for our birds, our state and you. Please stay safe, and best wishes from Audubon Florida’s family to yours.”

Word from the Bahamas, via Audubon's International Alliances Program deputy director Matt Jeffery, is that the island of Grand Inagua has been evacuated, although some residents and one Bahamas National Trust warden stayed on the island. No word on the status of the other islands, including the largest island in the country, Andros. Last fall, Andros and nearby Joulter Cays were hit hard by Hurricane Matthew.