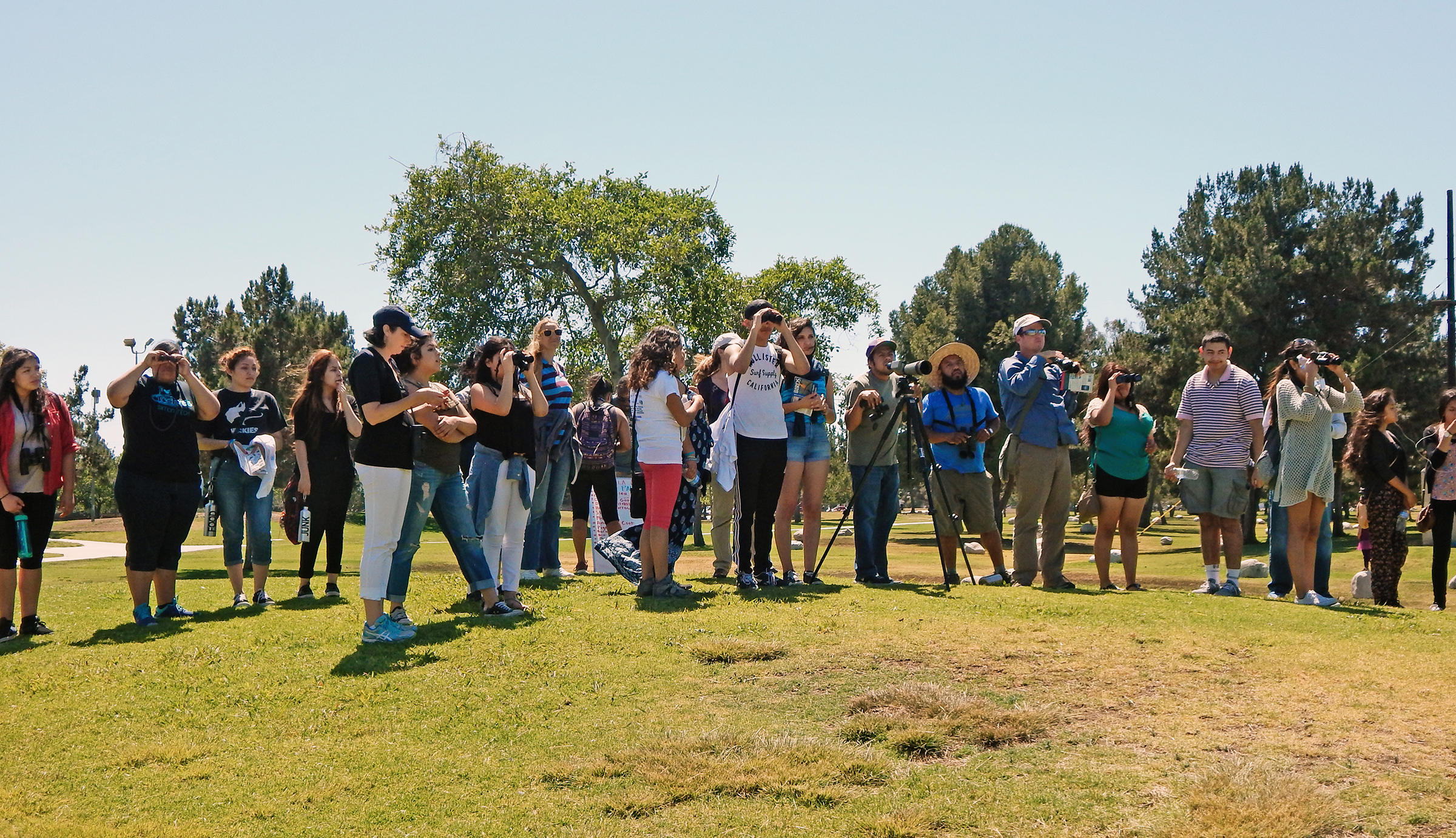 The Love Of Birds Knows No Language

Birders love diversity. We love to see as many different kinds of birds as possible.

Ironically, though, the birding community itself has historically not been very diverse. In the 1990s, when I started traveling around the United States to speak to birding festivals and Audubon chapters, I couldn’t help noticing that the audiences were overwhelmingly white—even in regions where I knew the overall population was much more diverse. I soon learned that this disparity wasn’t unique to birding. In most areas of outdoor recreation, from rock-climbing to National Park visitation, minorities were (and are) under-represented.

In the ensuing two-plus decades, many individuals and organizations have been working on this issue, and have made real progress. (See some outstanding examples here, and here, and here.) Such initiatives are extremely worthwhile, and I hope they continue. A few years ago, I thought of one small way that I could help with the effort. I was living in Tucson, Arizona, at the time and though I knew many people from Latino backgrounds, few were involved in birding. While my acquaintances and friends were all fluent in English, census figures from the year 2000 told me that 28 million people in the U.S. spoke Spanish at home. (By 2014, the estimate was up to 38 million.) I wondered, would materials in Spanish make the idea of birding seem more welcoming to these communities?

At that point my field guide to North American birds had just been published, and creating a Spanish edition of that book was easier than starting over from scratch. My publishers didn’t have the budget for a translation, so I found a translator and paid for the work myself, then edited the Spanish text, put it all in the page layouts, and gave my publisher the digital files from which the book could be printed. The Guía de campo Kaufman a las aves de Norteamérica was released in 2005. I’ll never break even on the project but the book is still in print, with more than 10,000 copies in circulation. I believe this work has helped many people in the U.S. and northern Mexico appreciate birds and their habitats.

With that background, I was thrilled to learn last summer that Audubon’s online bird guide (which is a version of Lives of North American Birds that I adapted and updated for the site) was being translated into Spanish. Now hundreds of pages of material—accompanied by great photos, and paintings by David Sibley—are available in the Spanish version on the Audubon website, with more material to come. This is a fantastic resource, and it means that for millions more people in North America, language will be no barrier to learning about birds.

Why is this so important? For one thing, birds are wonderful, and everyone should have a chance to enjoy them. But in addition to that, by promoting birding to a wider audience, we can also promote support for conservation. Birds and their habitats face many threats today, so birds need all the friends they can get. By encouraging more people to appreciate birds today, we build support for actions that will lead to the survival of more birds tomorrow.

Bird-geek Corner: For both of these translations, one challenge was the lack of “official” Spanish names for birds. North American birds have had standardized English names since 1886, thanks to one of the first committees of the American Ornithologists’ Union, but no equivalent authority has established Spanish names yet, so names tend to vary from country to country. For the Spanish version of my field guide in 2005, we used mostly names as commonly used in Mexico, on the advice of translator Patricia Manzano and ornithologist Héctor Gómez de Silva. For the majority of the birds on the Audubon website, we've done the same thing, relying on a recently updated checklist of Mexican birds prepared by the Comision Nacional Para el Conocimiento y Uso de la Biodiversidad (CONABIO). Some North American birds are not included in this checklist, however, so we attempted to find the most commonly referenced Spanish names for these birds from a variety of sources. These names still may be changed as we receive feedback. But users of the site can still easily find birds by their scientific or English names or by browsing illustrations, opening up a treasure trove of information.