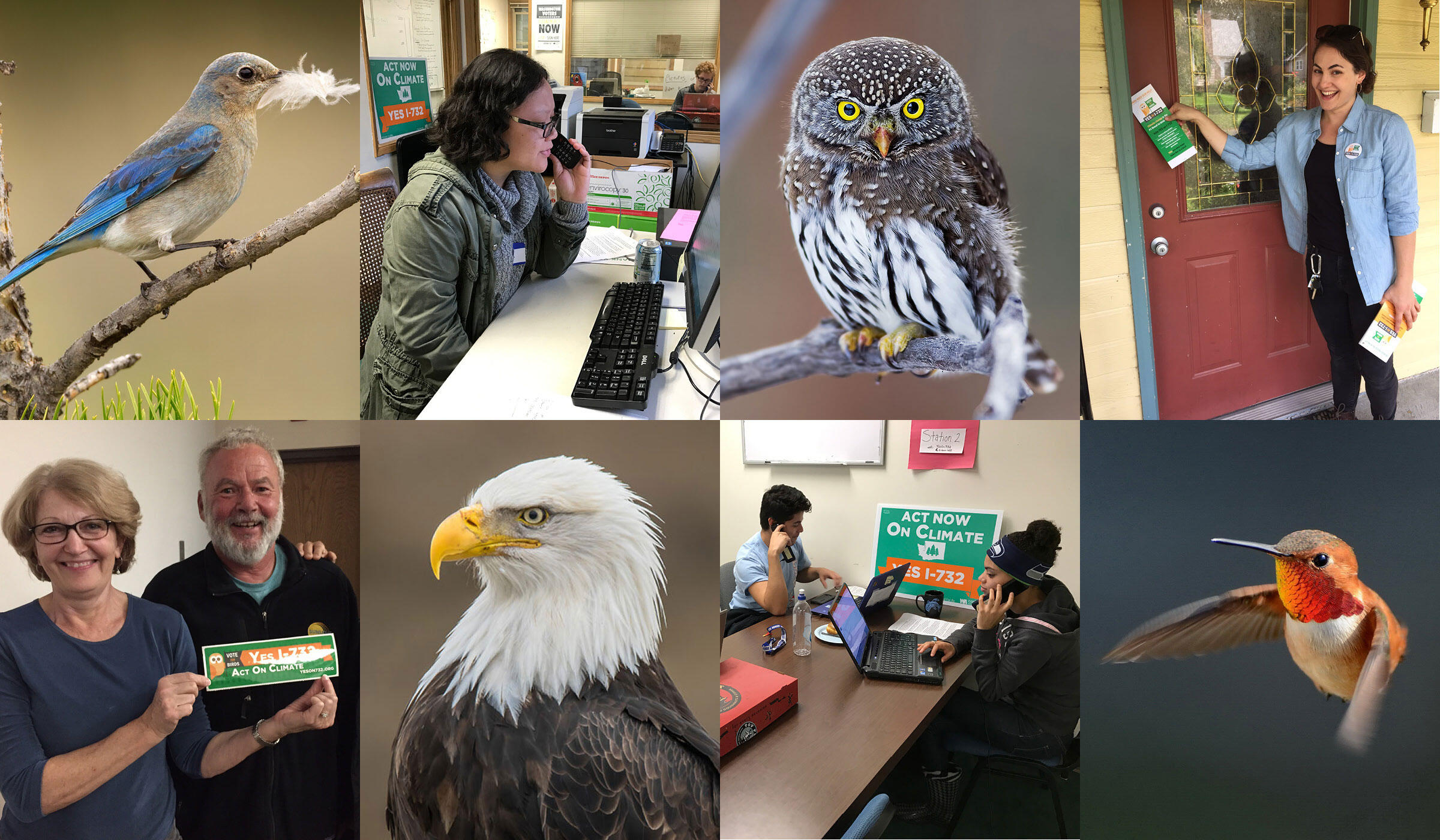 On Tuesday, amid the hoopla of the presidential election, a ballot initiative to instate the first state-wide carbon tax in the country quietly failed. Initiative 732, better known as I-732, would have taxed carbon-emitting energy, like gasoline and electricity produced by coal-burning power plants, in Washington state. The idea is that increasing the price of fuel sources that drive climate change would discourage their use, and encourage investment in green energy.

Any money raised by the carbon tax would then be returned to Washingtonians mainly through a 1 percent reduction in the state sales tax. This way, I-732 would not have increased taxes—and so was able to garner support from both political liberals and conservatives. Some experts believe that such bipartisan approaches will be necessary to transform the U.S. fossil fuel-based economy in time to avoid the most serious impacts of climate change. In a 2015 survey, more than 80 percent of economists supported such a measure.

“Economists from right, left and the center view carbon taxes as the most effective policy for reducing carbon emissions, so therefore, I think anyone worried about climate change should gravitate towards this," Gregory Mankiw, a conservative economist at Harvard University and former head of George W. Bush’s Council of Economic Advisers, told NPR last month.

Yet I-732 was roundly defeated on Tuesday, receiving only 41 percent of voters’ support. And this was in Washington, a state known for its green politics and pro-environment stance. It would be easy to conclude that, if it can’t pass in Washington, American voters aren’t ready to pay to reduce carbon emissions. But that shouldn't be the takeaway, says Gareth Green, an economist at Seattle University who supported I-732.

That’s because I-732 was a strange beast, whose failure may be attributed to local politics rather than policy problems. For one, it had an unlikely foe: local environmental groups, which had formed an alliance to instate a different state-wide carbon tax. When newcomer Carbon Washington managed to collect 360,000 signatures of support at the end of last year—enough signatures to put I-732 on the ballot—environmental groups had to choose between their plan and their allies, and this new tax which was not their own.

Needless to say, they chose their own plan. One by one, local environmental groups (including local chapters of the Sierra Club, the Union of Concerned Scientists, 350.org, and the League of Conservation Voters) refused to endorse I-732, citing concerns about its impact on low-income communities and the state budget. Audubon Washington was an outlier among environmental groups and, after consulting with its members, endorsed the measure.

“Over and over, we heard: ‘We must do something now about climate change,’ ” said Gail Gatton, executive director of Audubon Washington, in an interview last month. “This urgency led me to embrace the opportunity offered by I-732: vote to put a price on carbon pollution and take action now that will benefit birds and people.”

The environment-minded critics preferred that revenues collected by the tax fund green energy and green jobs, and build infrastructure to spur adaptation to climate change. This is especially important for low-income communities, they argued, as poorer people spend a larger percentage of their income on gas and electricity and therefore would take a bigger financial hit from a carbon tax. Ensuring new jobs and better public transit would ease that burden.

“They wanted to fund alternative energy sources, which makes very good sense,” Green says. “But if you’re in a climate where people do not want more taxes, it’s going to be harder to sell. I think you would lose the bipartisan support if you were to do that.”

This controversy—that environmental groups opposed sound climate change policy—attracted the attention of national media outlets in the weeks leading up to the election, including editorials in the New York Times and the Washington Post.

“In most of the country, a leftist coalition could not impose a dramatic climate plan premised on jacking up taxes and government spending,” wrote the Post’s editorial board. “If the movement cannot accept economically sound policy that would help solve the fundamental problem, there is something deeply wrong with the movement.”

That pro-measure media coverage then attracted the attention of donors, who did not want to see the measure pass. In the final two weeks of the campaign, more than $1 million poured into the “No on 732” campaign, including $400,000 from Kaiser Aluminum, $250,000 from American Fuel and Petrochemical Manufacturers, $100,000 from Puget Sound Energy, and $50,000 from Koch Industries.

For once, the Sierra Club and Koch Industries were on the same side.

Passing I-732 was always going to be an uphill battle. The measure was never hugely popular: A poll by Stuart Elway published two weeks before the election found 40 percent support for I-732, with 32 percent of voters opposed and 28 percent undecided. The massive infusion of funds to the “No” campaign in the final two weeks, which funded TV ads focusing on the increase in energy costs, likely shifted voter attitudes.

The environmental opposition certainly didn’t help. “If environmental groups had been on the same side as the carbon tax, it wouldn’t have been close,” Green speculated before polls closed on Tuesday.

Yoram Bauman, the economist who proposed I-732 and led the campaign as founder of Carbon Washington, attributes all of the above to the loss—but he also notes that he needs more information on who voted and why to speak with any certainty. “There were some policy things that we could have done better, and some political things we could have done better,” he says. “And then there’s this underlying challenge that the American people don’t care about climate change as much as we would like them to.”

Despite the defeat, Bauman is hopeful that I-732 will serve as a model as other states attempt to pass legislation to reduce carbon emissions. State-level policy may be increasingly necessary, considering that President-elect Donald Trump promised on the campaign trail to roll back many of the federal policies designed to fight climate change.

“There’s the whole ‘laboratories of democracy’ idea,” Bauman says of state-level efforts. “We tried something here with 732 and it didn’t work, and other folks can try other things, and hopefully one or more things will succeed and eventually filter up to the federal level and inspire action in other countries.”

In many conservative-leaning states, garnering bipartisan support through a revenue-neutral carbon tax could be crucial to regulating carbon emissions. And it may be the only way to stall climate change in time to avoid the worst impacts to people, as well as to birds and other wildlife. 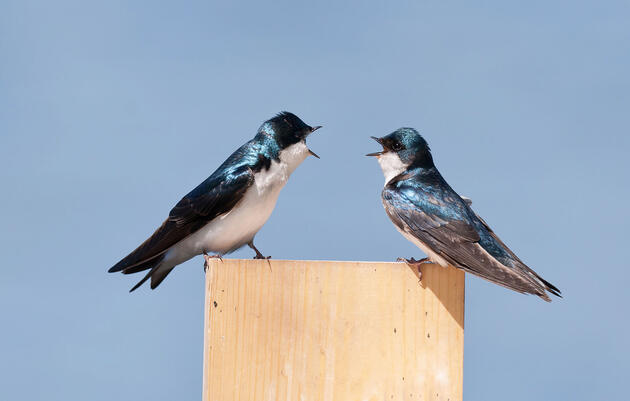 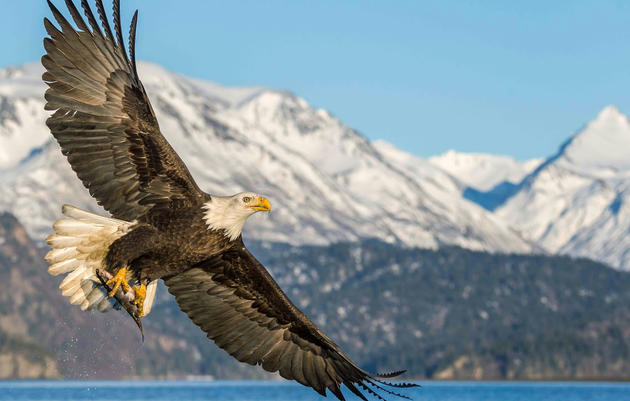 To help save birds and future generations, Audubon’s leaders are throwing their support behind what could be the nation’s first carbon tax. 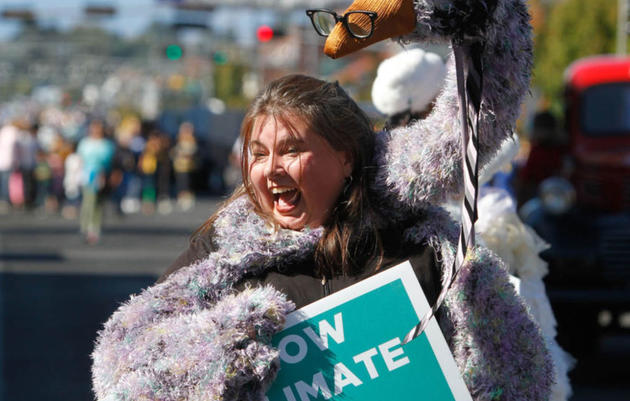 In an open letter, a group of millennial activists has demanded urgency from established conservation groups to help reduce carbon emissions in Washington State.