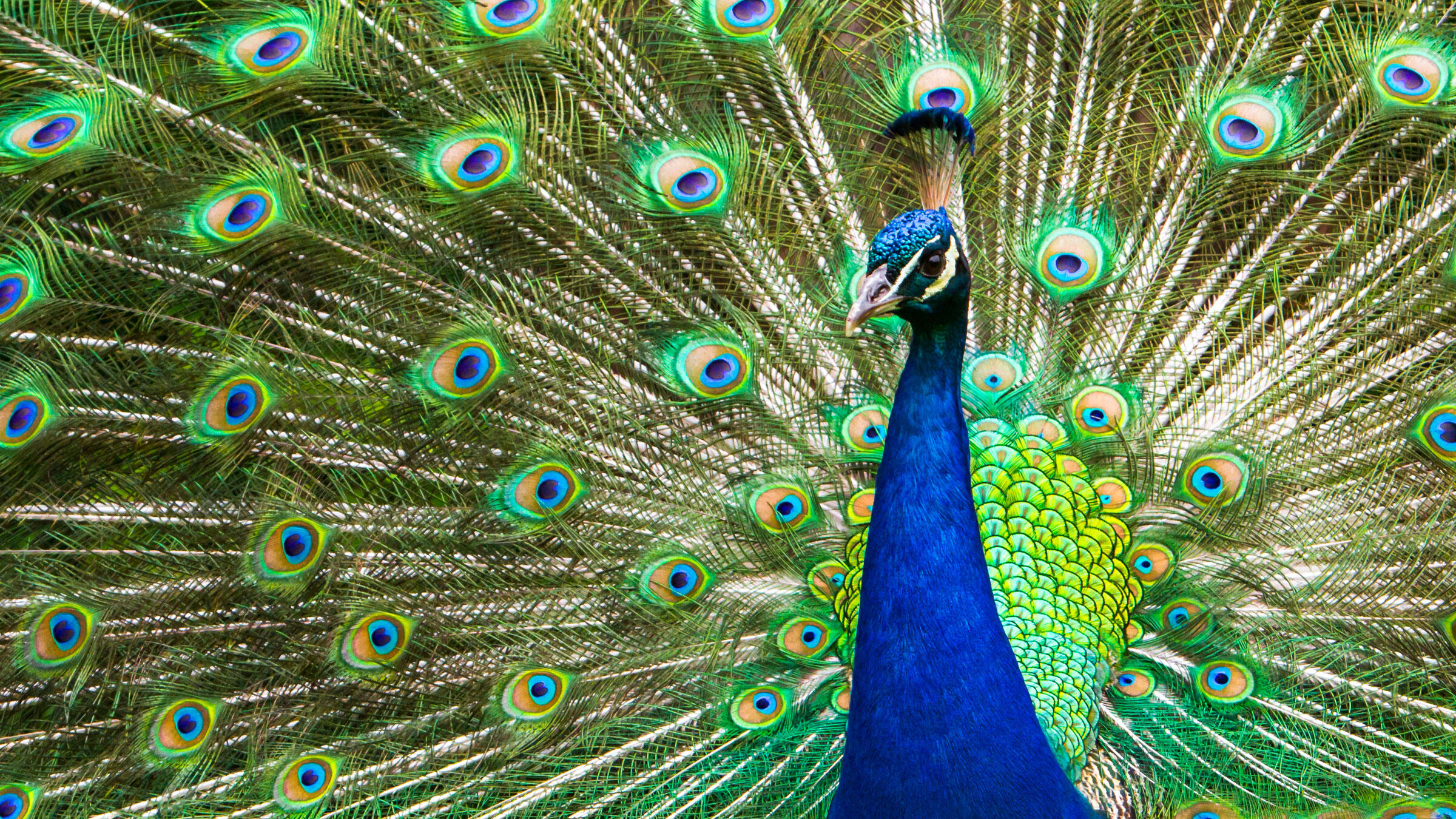 Researchers find that peacocks use their trains to issue infrasonic cues.

When a peacock unveils its luxurious fan to an attentive peahen, it's not just about the visuals: It turns out that females are also enjoying a bass concerto along with the cinematic display.

Peacocks are renowned for displaying their flashy feathers to attract hens and signal dominance to other males. But until now, no one had any idea that audio effects were part of the mix. Professors James Hare and Darren Gillis from the University of Manitoba in Canada first discovered as much when they saw a captive peacock thrusting its quivering tail feathers at a wall. The duo decided to investigate further.

“They thought that it was strange, but it appeared that the peacock was listening to himself shake his feathers,” says Angela Freeman, a graduate student at the University of Manitoba and co-author on the study, which will be published in Animal Behavior next month. A peacock's vibrating fan typically creates an audible rustle, but when the researchers noticed that the birds’ tail feathers were curved into a dish-like shape, as if to concentrate noise the way a parabolic microphone might do, they wondered if it was conducting a sound check at a much different pitch.

It turned out they were right: Peacocks make “infrasounds” at low frequencies (below 20 hertz) that are totally inaudible to us—but very pertinent to peafowl. To tap into the peacock's secret audio, the researchers used a low-frequency mic; when they played the recordings back to Indian Peafowl, they discovered that the low, rumbling infrasound inspired both males and females to be more alert and strut and run around. The males also sometimes responded with vocalizations.

It’s thought that peacocks use their body muscles to vibrate their tail feathers, which rub together and trigger the infrasound. “It appears that the vibration comes from the base of the train, which causes the shaking and the sounds,” Freeman says. The researchers believe the peacocks use the resulting “drumroll” to warn off other males, which would explain why competing males respond with territorial calls. Additionally, the noises could be used to court an intrigued female.

As for how the peafowl hear the noise—according to Freeman, other birds like pigeons and Wild Turkeys can detect infrasound with the help of special structures in their ears; peacocks share that structure. “Peacocks have this morphology for low frequency perception, thus, we think it is most likely that they are 'hearing' infrasound in the traditional sense,” Freeman says. Peafowl may also sense vibrations through their legs; they could be using this special adaptation to tune in to these infrasonic arias.

But with a tail as visually arresting as the peacock's, what’s the point of using any other form of communication? The researchers suggest that in the bird's densely vegetated habitat, the infrasound helps them converse across the scrub. “We think that this may signal to individuals just out of sight,” Freeman says.

Just think of it as Bluetooth for birds.