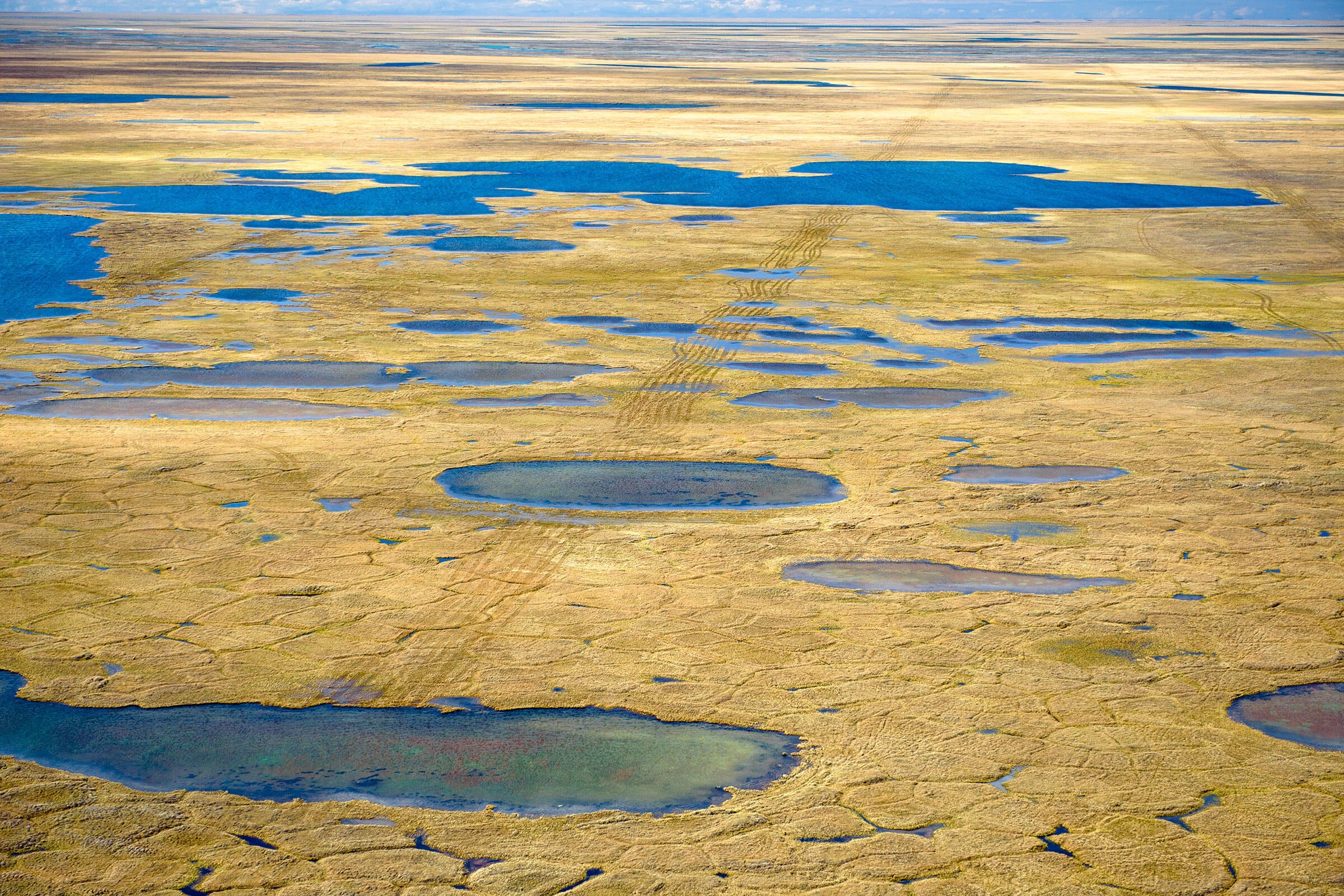 Late in the afternoon of Friday, October 23, the U.S. Bureau of Land Management quietly issued a plan to allow 90,000-pound trucks to crawl across one of the world's most remote and intact ecosystems in search of oil. The planned seismic survey is a key step in the Trump administration's ongoing effort to open the Arctic National Wildlife Refuge to drilling. But it's also one that threatens lasting harm to the landscape and its wildlife, and the government is giving the public just two weeks, until November 6, to weigh in.

Seismic testing involves sending acoustic waves into the earth and analyzing their vibrations to create a three-dimensional underground map—a useful resource for oil prospectors. Proposed by the Kaktovik Iñupiat Corporation (KIC) in partnership with SAExploration, who will conduct the surveys, the plan would send “thumper” trucks and other heavy equipment back and forth across the eastern third of the Arctic Refuge’s coastal plain, a delicate ecosystem that supports polar bears, musk ox, and millions of migratory birds. The plan also proposes that 180 workers travel with the surveying equipment. Their camps will move every few days to remain close to work sites, likely causing additional damage to the tundra.

If tundra conditions are cold enough, KIC wants to begin surveying in late December and continue through the winter season, which the plan anticipates will end in late May. But before the project can proceed, a mandatory public comment period is required. Comment periods vary in length, but the 14 days given by the BLM for the new seismic plan is an extraordinarily narrow window.

Following the public comment period, two mandatory environmental assessments are also required—one for a seismic permit and one to evaluate the effect on endangered polar bears. If BLM approves the plan, both assessments would presumably take place within just weeks to keep the survey timeline on track.

The plan to begin seismic testing in the Arctic Refuge, which was protected against oil and gas exploration for decades with bipartisan support, is one of the latest steps in a full-throttle effort to overrule environmental protection in favor of industry during the waning days of the Trump administration’s first term. The Interior Department has pledged to open the refuge's coastal plain to oil and gas leasing this year, though no lease sales have yet occurred. In August, multiple environmental groups, including Audubon, sued to stop leasing on the refuge.

Experts say that beginning work in December will not leave enough time for an adequate environmental review. “They'll try to just make a kind of a literature review desk exercise,” says Torre Jorgenson, an internationally recognized permafrost specialist who has studied the Arctic for decades. "In environmental assessments, you would need to do actual field studies to address the issues so that you could adequately mitigate the impacts.”

Jorgenson was employed as a U.S. Fish and Wildlife Service researcher the last time seismic testing was done in the Arctic Refuge, during the winters of 1984 and 1985. Back then, the testing was done as part of a similar push to open the same part of the coastal plain for oil development, but the drilling never happened. In the decades since, he and his wife, Janet Jorgenson, a botanist who recently retired from FWS after 30 years, have studied the long-term impact that the testing had on the landscape.

According to FWS, damage from that earlier round of seismic testing melted permafrost and left scars on the landscape that “are expected to persist for decades.” There is no doubt that seismic testing and equipment has become more refined in the years since. But opening the refuge to development will alter the fragile tundra, including permafrost, and harm plant and animal species. Understanding the potential impacts is a key part of the environmental assessment process that would be rushed to achieve seismic testing by winter.

Opening the refuge to development will alter the fragile tundra, including permafrost, and harm plant and animal species.

In the environmental assessments Jorgenson worked on that involve oil exploration in the Beaufort Sea Coastal Plain, “there's been years of studies just going into an EA,” he says.

The controversy isn’t only about the timeline, but about the company, SAExploration, proposed to conduct surveys. Three weeks ago, the Securities and Exchange Commission charged the company and four of its former executives with a $100 million multi-year accounting fraud; the company had filed for bankruptcy protections in August.

“The Bureau of Land Management is both turning a blind eye to that and allowing this to happen without a full environmental review,” said Natalie Dawson, Audubon Alaska’s executive director, in an October 23 statement.

Some Alaska Natives say changes to the landscape from the planned survey will further threaten their culture and subsistence. The Gwich’in, notably, rely on caribou herds that calve on the coastal plain in summer. But Alaska’s Indigenous nations are not in agreement about developing the refuge: Although Alaska Native-owned KIC is sponsoring the survey, the Gwich’in Steering Committee has sued to stop leasing.

Plus, there’s climate change, which is heating up the Arctic three times faster than the planet as a whole. “From a scientific perspective,” Torre Jorgenson says, “the Arctic is the last place that we should be pursuing future oil reserves.”

Future leasing and excavation aside, even the proposed seismic testing plan alone will cause immediate damage. “Imagine driving a large excavator across fragile, frozen grass with a thin layer of ice and snow on top of it,” said Dawson, in an email. “The impacts of the large vehicles, portable camps that will house several crews of people, along with waste facilities, construction support equipment, will create lasting imprints of ‘roads’ across currently unscarred tundra.”

The eastern coastal plain, unlike other areas outside of the protected area that have been surveyed, has had lower snow levels in recent years. That means the vehicle and foot traffic will more quickly press into the layer of permafrost underneath, which “is rapidly melting,” Dawson noted. “Although the permafrost layer is thick, as it warms, positive feedback loops create more warming in larger areas.” When permafrost melts, it releases methane and carbon dioxide that’s been trapped in the ice thousands of years into the atmosphere. More immediately, permafrost plays a critical role in Arctic ecosystems, supporting the tundra and topography that animal species rely on.

Some of those species are among the most iconic in the region. Musk ox, for example, shelter in the river valleys of the Coastal Plain, and the proposed testing is planned for areas that provide critical winter habitat. Advocates worry that the at-risk southern Beaufort polar bear population, which dens under the snow in those valleys, is at risk of bring run over by trucks. A February 2020 study found that the main tool that KIC proposes to use to avoid bear dens, an aerial FLIR camera that detects heat, is less than reliable.

The survey would also affect the Porcupine caribou herd that the Gwich’in rely on, because of the lasting damage that trucks, foot traffic, and camps are likely to leave for months or years to come. “The caribou eat cottongrass, and changes to hydrology may impact the availability of this important food source,” Dawson says.

The long-term environmental risks of oil and gas exploration in the Arctic Refuge are vast. The public only has until the end of next week to submit comments about the seismic testing this winter. But with multiple legal challenges already winding through the courts, the industry can expect a fight.