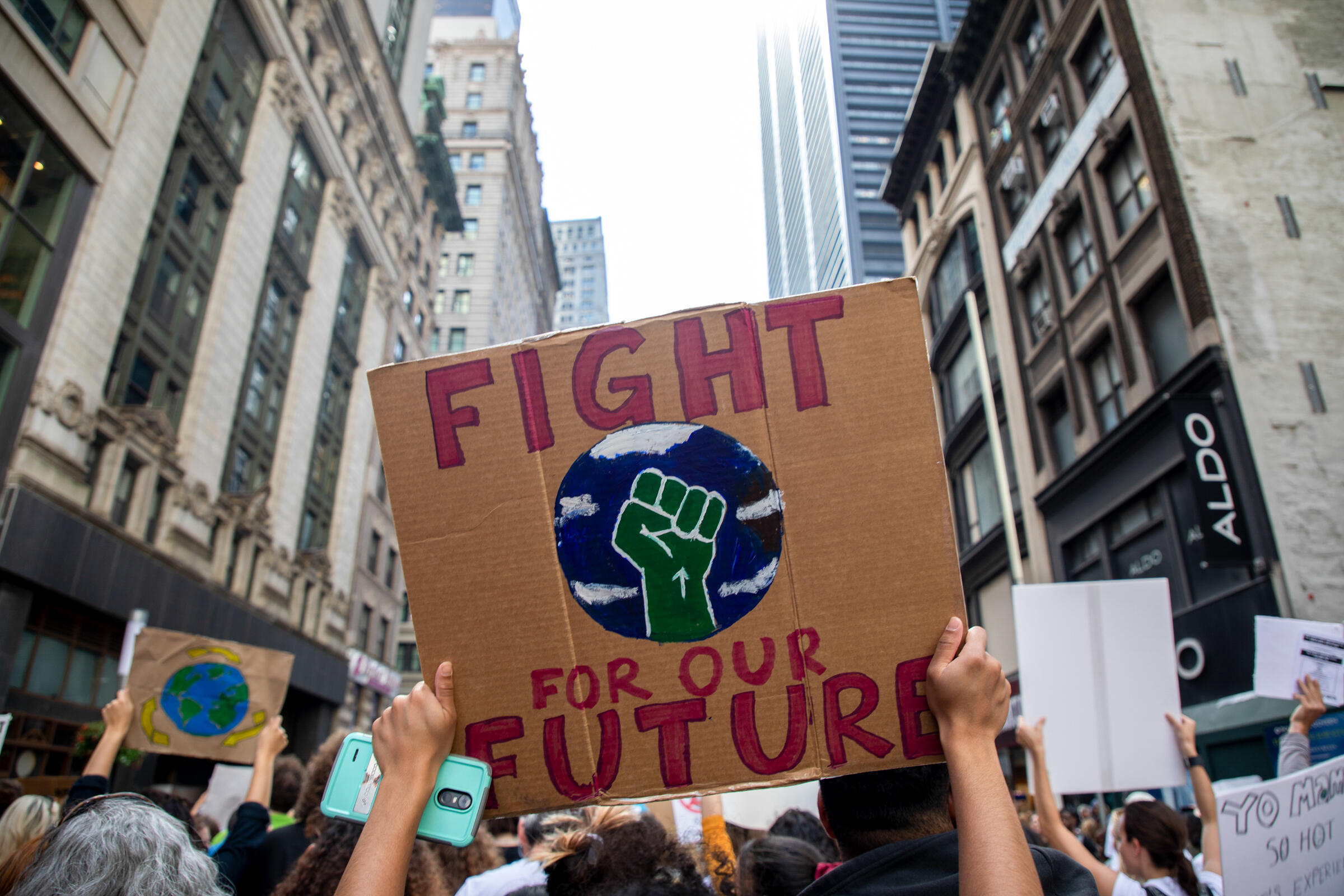 Climate advocates take to the streets during the Climate Strike March in New York City in September 2019. Photo: Camilla Cerea/Audubon

The United States Will Rejoin the Paris Agreement. What’s Next?

Biden vows to rejoin the international accord the day he enters office—the first step in making up for four lost years of climate progress.

On November 4, the United States officially left the Paris Climate Agreement, a global pact created to reduce carbon emissions and prevent the worst impacts of climate change. It was the culmination of a promise President Donald Trump made on the campaign trail, but took his entire term to complete due to process and paperwork.

The country’s withdrawal, however, will be short-lived: On the very same day the country exited the accord, President-elect Joe Biden vowed to rejoin. “Today, the Trump Administration officially left the Paris Climate Agreement. And in exactly 77 days, a Biden Administration will rejoin it,” he tweeted.

The U.S. exit didn’t break the treaty; it requires that 55 countries representing 55 percent of global emissions enjoin. Today, even without the world’s second-largest emitter of carbon dioxide, the treaty has 188 countries representing 79 percent of emissions. Still, Trump’s actions sent a troubling message to the world: The U.S. does not care about the perils of climate change and won’t work with other countries to collectively reduce the amount of heat-trapping gases released into the atmosphere.

“The Paris Agreement is an essential part of the climate-action landscape,” says Katharine Mach, a climate scientist from the University of Miami. “Our success in these efforts is dependent on fundamental cooperation.”

Biden’s promise to rejoin the agreement signals that climate change will be a significant issue during his presidency. He has already laid out an ambitious plan to tackle America’s emissions, and reentering the Paris Agreement is one of his many steps. It's an easy step: Once Biden sends a letter to the United Nations stating an intent to rejoin, the U.S. can officially return after 30 days; he doesn’t need Senate support. The greater challenge will be implementing policy to get the country on track to reduce emissions after four years lost to a pro-fossil fuel agenda.

Adopted in 2016, the Paris Agreement includes 189 nations (if you include the United States) that have agreed to keep global temperatures from rising more than 2 degrees Celsius, or 3.6 degrees Fahrenheit, above preindustrial levels. Study after study has shown the dangers of a warming world, including increased risk of droughts, loss of biodiversity, and sea level rise. To reach this goal, each signatory is required to submit national plans, known as nationally determined contributions (NDCs), every five years to limit emissions. They must also regularly report on their climate actions and whether they are on track to meet their NDCs. The United States, which has contributed 25 percent of all greenhouse gases produced by humans since 1751, pledged that by 2025 it will reduce its emissions by 26 to 28 percent of 2005 levels.

The country is not currently on track to meet those goals. The Trump administration not only rebuffed the Paris Agreement, but has also actively dismantled many government environmental programs, including those that aim to address climate change. “The problem has been urgent for the while, but these past years further heighten the urgency,” says Sarah Lester, a marine scientist at Florida State University who studies climate change impacts on fisheries. “It’s a really big threat and something that we need to be taking seriously. The U.S. should really be a global leader.”

The country’s biggest nationwide success at reducing emissions, tragically, has been the COVID-19 pandemic. This year the United States is likely to emit around 20 percent less greenhouse gas than in 2005, surpassing the nation’s 2020 NDC target. However, these declines are due to the shutdown of many carbon-emitting activities, including air and automobile travel, and are not sustainable, nor are they significant enough to hold warming below 2 degrees Celsius.

Rejoining the Paris Agreement alone won't address these shortfalls because NDCs are voluntary and not legally binding. After setting emissions goals with the international community, country leaders must enact domestic policies to meet them; the agreement won't be successful if the biggest culprits don't live up to their commitments. Over the past four years, other nations’ progress has varied, but many of the top emitters are significantly off track from reaching their targets, according to the Climate Action Tracker. China, for example, announced this September that the country will stop releasing carbon dioxide before 2060, with a peak in emissions before 2030. This promise still puts China behind the standard set by the Paris Agreement for nations to stop emitting greenhouse gases by 2050. The European Union, which promised to cut emissions by at least 55 percent from 1990 levels by 2030, will likely fall short as well. Sweden, Portugal, and France have reached 77 percent, 66 percent, and 65 percent of their 2020 targets, respectively. Bulgaria, Ireland, and Poland have reached only 26 percent of their targets, or less.

Once the United States rejoins the agreement, making up for lost time will require new, more ambitious NDCs and a clear plan for reaching these targets. This will likely take time, as Biden will need to pick aggressive goals that are both in line with reaching net zero by 2050 and achievable, says Kate Larsen, lead energy and climate researcher and director of the Rhodium Group, an independent research organization. He could announce the nation’s new NDCs next November at the UN Climate Change Conference. How he’ll reach those goals, however ambitious, will be tougher. On the campaign trail Biden proposed a $2 trillion climate plan, including Congressional legislation. If the Republican Party holds the Senate, it’s unlikely he will be able to spend as much as he hoped, but he can still pass executive orders to reverse many of Trump’s ordinances and further regulate coal-fired power through a more complicated rulemaking process, Larsen says.

“The quickest emission reductions in this decade are going to come from the power sector,” she says. Coal consumption is already on the decline and is being replaced with methane gas and renewable energy. Continuing this trend could “get us quite a long way towards reaching our goals,” she adds.

Even with a new administration, reaching the nation’s climate targets is a major challenge, but Larsen is hopeful. Over the past four years, states have continued to push forward, and energy markets are changing more quickly than anticipated. “I think the momentum is still there,” she says. “We just need to find the right levers to accelerate it.”