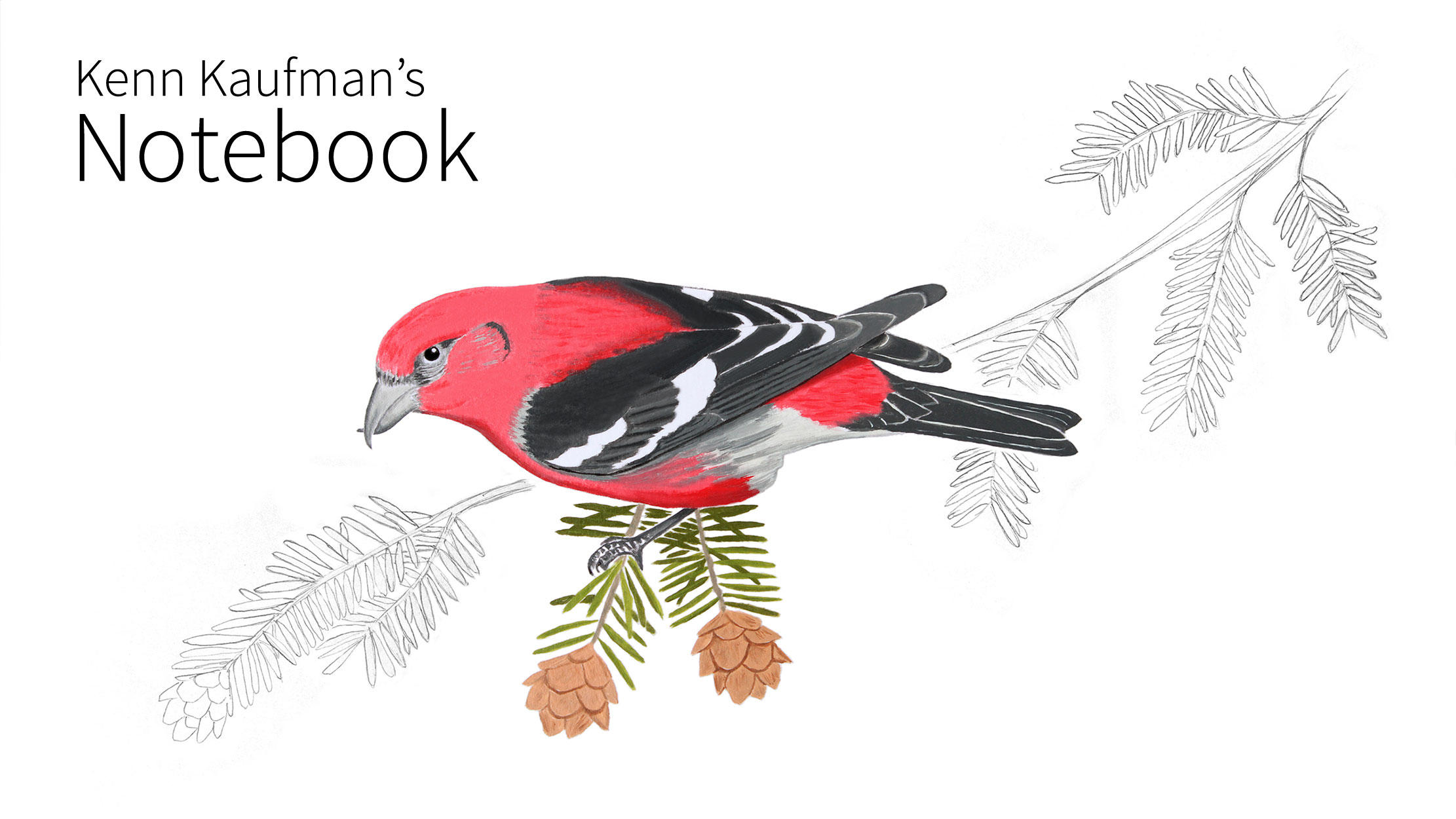 As soon as we saw their faces, we knew they’d seen something amazing.

Tiffanie and John were our neighbors and friends in Oak Harbor, Ohio. Thanks to the influence of their nine-year-old daughter, Delaney, they were starting to develop an interest in birds and nature. They had even built some attractive bird feeders and given us one, so we often talked about backyard birds.

But today’s conversation was different. “Delaney has something to show you!” they said. Proudly, Delaney held up her mother’s camera to show us an image on the viewing screen.

At first I was confused and disoriented. “It’s . . . it’s a White-winged Crossbill! Where did you see this?” I looked more closely at the picture. “Is that your feeder?!”

It was. Just an hour or so earlier, sharp-eyed Delaney had come running to find Tiffanie: “Mom! COME LOOK AT THIS BIRD!"

So they had taken photos, pored over field guides, decided their bird must be a White-winged Crossbill, and come to us for confirmation.

This is no everyday feeder bird. White-winged Crossbills are irregular visitors to northern Ohio, and sometimes they show up in scattered large flocks. But at that point in early March 2011, birders had not reported a single one anywhere in the state since the previous year.

Naturally my wife Kimberly and I made sure our own feeders were filled. For almost three weeks, this distinguished guest moved back and forth between our two yards. Just before April it disappeared. Delaney said, “Maybe it will come back next winter!”

I didn’t have the heart to tell her then, but I could almost guarantee this bird wouldn’t come back. In fact, that’s the oddest thing about this species. You might think the weird crossed bill to be its most curious trait, but no, something else is even more remarkable: the White-winged Crossbill is the bird that never goes home.

Why not? Well, the explanation starts with their beaks. Those crossed tips of the mandibles aren’t ideal for picking up most kinds of food, but they are perfectly evolved for prying open cones of spruces and other evergreens. A crossbill can pry two scales apart and use its tongue to lift out the seed from between them, over and over, removing all the seeds from a cone with great efficiency. Even with the effort that it takes to pull out each and every seed, a single White-wing reportedly can remove and eat 3,000 conifer seeds in a day.

As long as they’re surrounded by spruce or tamarack trees with abundant fresh cones, the crossbills have it easy. The good news is that such major cone crops might develop anywhere in the immense boreal forest that covers millions of square miles of Alaska, Canada, and the northern edge of the Lower 48. The bad news is that these big cone crops are not consistent or predictable anywhere: In any one region, an abundant crop might be followed by several years of scarcity. To find the next cone bonanza, a flock of White-wings could roam from Alaska to Maine or from Quebec to Montana. Along the way, they’ll feed on seeds of other conifers—fir, hemlock, sometimes pines—and in a pinch they’ll eat sunflower seeds or even insects. But spruce and tamarack are always at the top of the menu, and the crossbills will cross the continent in their never-ending quest for cones.

This makes them different from the vast majority of birds. A junco in your local park this winter will probably come back next winter also. The oriole that nested behind your house last summer might go off to Panama for the winter, but in spring it will come right back to your yard. White-winged Crossbills don’t come back. They just keep going, ever forward, until they find the next fresh cone supply. They’re usually in flocks, but not always, and lone strays can show up anywhere.

These birds are adapted to be the ultimate nomads. Even the timing of their breeding season is subject to the cone crop. When a moving flock lands in a place where trees are heavy with new cones, the birds rapidly come into breeding condition, regardless of the time of year. The females start building nests and laying eggs almost immediately. A pair can raise a brood within just a few weeks. And if the cone crop is still going strong, the male of the pair may tend the fledglings while the female starts another nesting attempt right away. But if the cones are running out of seeds, the whole flock will pick up and move on, heading out in any direction across the boreal wilderness. They have to raise young when they can: In a poor year, they might not find a bumper crop and possibly won't produce any offspring at all.

I wrote earlier that White-winged Crossbills don’t go back to the same place twice, but of course that isn’t necessarily true. Wandering at random, they don’t make any effort to avoid places they’ve been before. Sometimes, by sheer coincidence, they must wind up going back to the same trees. And a lone bird, separated from its flock, might even wind up back in the same small-town yard where a young girl is still watching for inspiration to arrive at the bird feeder.