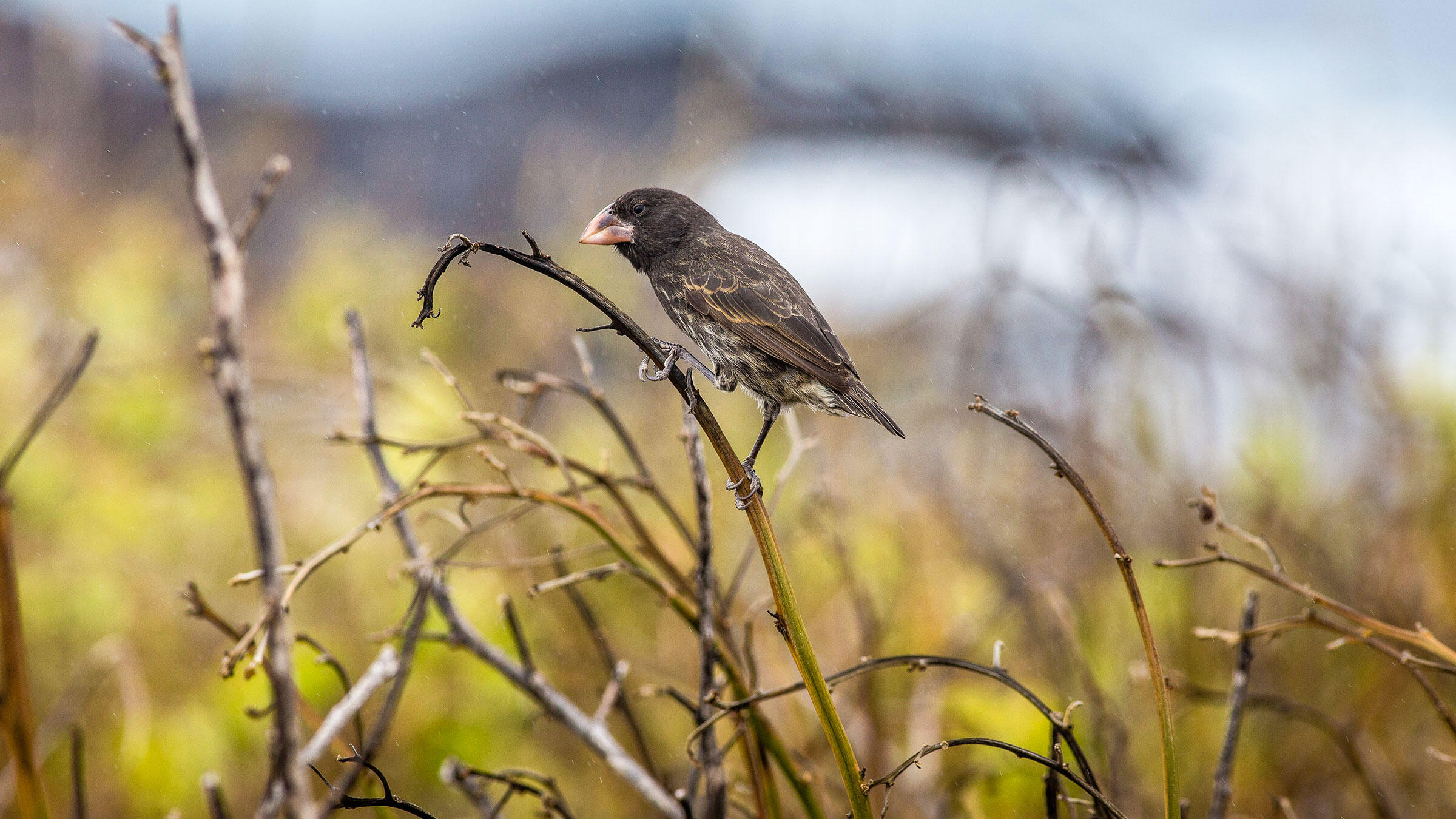 On a remote island in the Galapagos, petri dishes filled with blood-guzzling maggots represent hope. A grisly sliver of the stuff perhaps, but still, hope. That's because here, at the Charles Darwin Research Station on Santa Cruz Island, scientists are working tirelessly to save the Galapagos Island’s birds from the parasitic fly Philornis downsi. As adults, the flies are relatively harmless, feasting on fruit. But when it comes time to lay their eggs, they unleash a menace upon Galapagos songbirds: larvae that feeds on the blood of hatchlings, often killing them.

Arriving in the 1960s from nearby Ecuador, P. downsi are invasive to the Galapagos. Since being introduced, they’ve wreaked havoc on endemic birds, with eleven of the 13 famous finch species found in the Galapagos hosting the parasites, according to Charlotte Causton, coordinator for the Philornis research program at the Charles Darwin Research Station. That includes the critically endangered Mangrove Finch, which has seen its population shrink to less than 100 birds in large part thanks to P. downsi.

So, then, why the hope? Researching P. downsi is challenging because the larvae are typically only available during breeding season, but that has changed since Paola Lahuatte, a junior scientist at the Charles Darwin Foundation, succeeded in raising larvae without any hosts at all. As Lahuatte outlined in a paper published earlier this month in the Journal of Insect Science, Lahuatte started with 385 maggots, and at the end of their metamorphosis, 41 flies emerged as adults. If Lahuatte and the other researchers have their way, they’ll eventually rear enough flies to create a sterile population that they can disperse throughout the island—thereby diminishing the fly population and helping to give the Galapagos Islands’ birds a chance at survival.

At least, that’s the theory. For now, though, the scientists are more focused on the research benefits of this development.

P. downsi larvae are nasty little creatures. According to Causton, the flies infest the nests of at least 18 of the island chain’s 24 native land bird species, and female flies can lay up to 200 eggs—more than enough larvae to kill all the chicks in a nest. Once they hatch, the larvae begin their assault by hooking themselves inside the nostrils of unsuspecting hatchlings and feeding on their flesh. In their second stage, the parasites move into the nest, laying wait until night to feed on the hatchlings' for blood.

When the eggs hatch, larvae emerge hungry for the blood of living hatchlings.

It’s not easy to imitate P. downsi's lifecycle in the lab. First, the researchers capture female flies using McPhail traps filled with a sugar-papaya mixture and bring them back to the lab to await their egg laying. When the eggs hatch, larvae emerge hungry for the blood of living hatchlings. The researchers can’t sacrifice wild birds for their work, so they’ve taken a more creative approach by feeding chicken blood to the grubs—“the closest we could get to what P. downsi larvae feed on in the wild,” Lahuatte says.

To help save the finches, the researchers will require a lot more than 41 flies in their rescue efforts. Their end goal, however distant, is to apply the Sterile Insect Technique (SIT) to P. downsi flies in order to eradicate the pests. SIT entails rearing a swarm of male flies, then using radiation, such as X-ray blasts, to make them infertile. If these sterile males then mate with wild female P. downsi flies, they’d produce no offspring, thus reducing the overall population over time.

SIT has a history of success. It’s been used to eradicate the screwworm, a livestock pest, from the United States and other countries. But the researchers have a long way to go before they can release an army of sterile P. downsi flies to come to the aide of their former hosts, including proving that the approach would even work with this particular fly species.

In the meantime, scientists with the Charles Darwin Foundation continue to develop traditional species control methods such as trapping the flies with lures, applying insecticides to nests, and controlling the invasive population using natural enemies. According to Causton, any of these techniques could be combined with future SIT endeavors. “Our approach is to work on these simultaneously so that we can find a solution as quickly as possible,” she says.

And if that means more petri dishes full of maggots and reserves of chicken blood, so be it.