If you’ve spent much time observing the seasonal comings and goings of your backyard birds, you may have noticed some favorite species returning a little earlier in spring than they used to. No, your eyes do not deceive you—a new study on Black-throated Blue Warblers adds to a growing wealth of research showing that the timing of bird migration is indeed changing.

These neotropical warblers make an annual spring journey that spans 3,000 kilometers, from Central America to the eastern deciduous and boreal forests of North America. And it now starts about 5.5 days earlier than it did in the 1960s—a rate of around one day per decade, according to the study, published this week in the journal The Auk: Ornithological Advances. The researchers reached that conclusion by analyzing around 150,000 bird-banding records from the U.S. Geological Survey between 1965 and 2015.

The implications of these changes are significant.

The implications of these changes are significant. For example, a longer breeding season might allow Black-throated Blue Warblers, which are known to occasionally double brood, a better chance to produce a second clutch of chicks, strengthening their overall population, Covino says.

This might sound like a boon for the species, but the need to migrate earlier indicates larger ecosystem issues that could overshadow any benefits. One such reason the birds may be leaving their wintering sites sooner, Covino says, is to try and match their timing with increasingly earlier hatches of insects on their breeding grounds. This food serves as vital fuel for the birds when breeding and raising their chicks. These possible insect shifts, though not a part of Covino's study, could have a detrimental impact on Black-throated Blues and many other species in the long term.

“If migratory birds are not arriving at the breeding grounds at the right time, when there's a peak abundance of insects, then they're not going to have enough food for their young,” says Brooke Bateman, senior climate scientist at the National Audubon Society.

Covino is hesitant to tie her findings directly to climate change—the study only looked at the warbler's shifting departure dates—but they’re consistent with other research that has made that connection. One study found that many bird species in California are breeding about a week earlier than they did a century ago as average temperatures rise. Critically endangered Whooping Cranes fly north three weeks earlier and return south three weeks later than they did 75 years ago, a 2017 study found. And in December, researchers who combed through troves of radar data reported that nocturnal migrants were starting their migrations noticeably earlier than they did a quarter-century ago, with temperature and migration timing closely linked. For Bateman, studies like these ultimately show that birds are responding to climate change in striking ways.

Black-throated Blue Warblers are particularly valuable to migration research because they are widespread and sensitive to environmental changes, Covino says. But she chose them for the study primarily because they are relatively easy to tell apart by age and sex, which makes them great subjects for banding. That method of field research involves capturing birds in the wild, recording measurements and other data, and putting an identifying band on one of their legs. She has since started a new project using data on several other species of wood warblers.

Meanwhile, the typical spring departure date for Black-throated Blue Warblers is just around the corner. They typically head north in late March, but considering this new information, you might want to start looking soon. 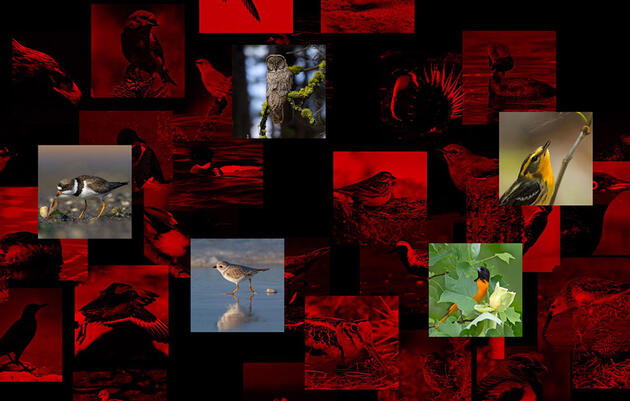 Survival by Degrees: 389 Bird Species on the Brink

Read Audubon's new climate report, which finds that two-thirds of North American birds are at increasing risk of extinction from global temperature rise. Find out how species in your state will be affected, and which birds we can help by acting now. 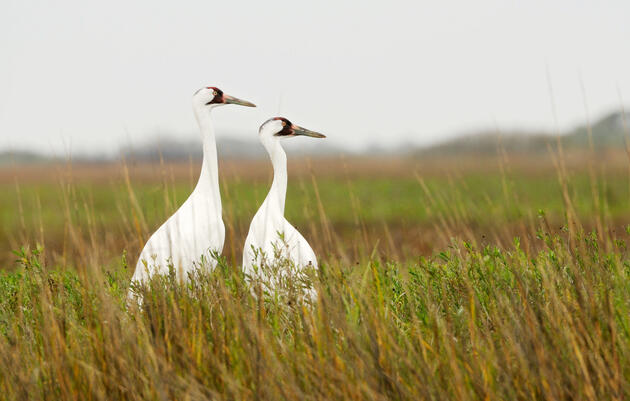 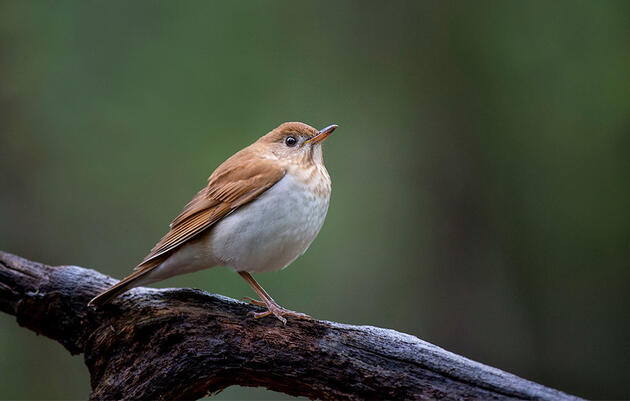 Are These Birds Better Than Computers at Predicting Hurricane Seasons?