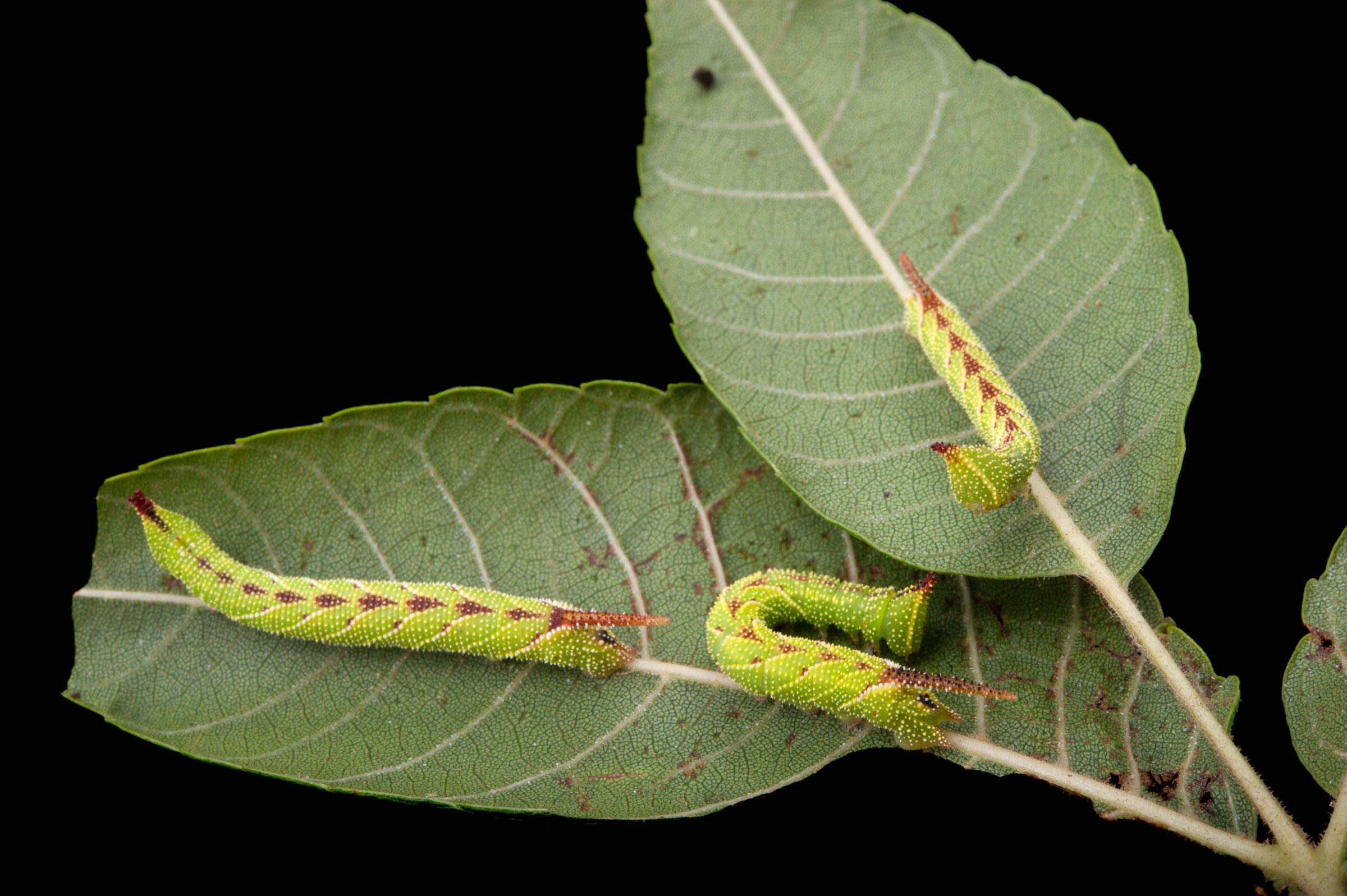 The walnut sphinx caterpillar is a popular treat among songbirds. But it has a clever way of clapping back. Photo: Joel Sartore/National Geographic Creative

This Caterpillar Mimics Bird Alarm Calls to Scare Away Predators

When attacked, the North American walnut sphinx lets out a full-body scream that can reach up to 80 decibels in volume.

North American walnut sphinx caterpillars tend to do more chewing than chatting, but when they’re an open beak away from becoming lunch, they’ll let out screams that shake them to their very core—and leave their predators shook, too. The two-inch-long larva contracts its body muscles to lets out an imitation seet call—a warning cry some songbirds emit when facing imminent danger such as a hawk. The theory is that this tricks its avian assailants into stopping their attacks and flying away, ensuring the safety of the otherwise vulnerable insect.

To test the success of the caterpillar's cries, Jessica Lindsay, an undergraduate student at the University of Washington, set up an experiment to analyze the birds' responses. After recording the insect's sounds—which can be as loud as a freight train from 50 feet away—she played them back to wild flocks at feeders. She then did the same with real seets from Black-capped Chickadees and compared the two sets of reactions. Turns out, both calls made the would-be diners dive for cover. Her results, presented at the International Symposium on Acoustic Communication by Animals in July, were first reported by The Scientist.

An example of a real seet call from a House Finch:

According to Michael Singer, an entomologist at Wesleyan University, there are caterpillars that communicate acoustically with ants, but this is the first known case of vocal mimicry. When it comes to facing down predators, most species rely on strategies that target a bird's sight, smell, or taste with popular tactics, including camouflage, bright coloring, or snake-like getups, Singer says. If those deterrents fail, the insects will resort to biting, barfing, or launching themselves off the plant entirely. Still, even these methods typically aren’t enough to save the caterpillar from a bird’s appetite. Lindsay's findings, however, indicate that the walnut sphinx has evolved a smart way to scream itself straight out of a tight situation. That is, until the birds catch on.

Freebie Alert! Don't be fooled by caterpillars or other mimics. Learn the calls of 821 North American species with the Audubon Bird Guide app.