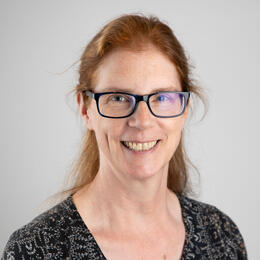 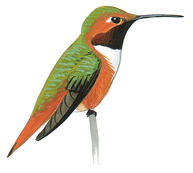 Allen’s Hummingbird is a tiny juggernaut in rust and emerald, visiting a narrow stretch of the Pacific Coast to breed every spring before heading back south again. It is also one of four species of hummingbird highlighted in Audubon’s Birds and Climate Change Report and is listed as climate endangered. According to Audubon’s climate models, the Allen’s Hummingbird could lose up to 90 percent of its current breeding range in this century. As the climate space to which the bird has evolved shifts, this species will also need to follow along to new areas to find the plants that provide favored nectar and insects.

Since the Allen’s Hummingbird is a range restricted species (it breeds in California and southern Oregon, but is an occasional vagrant elsewhere in the U.S.), there is some concern that its habitat and population numbers could be impacted by changes going on around them. The good news: This little bird seems to be comfortable in suburban and urban areas, so habitat loss along the coast need not spell complete disaster for the species. Debs Park Audubon Center, located in downtown Los Angeles, counts the Allen’s Hummingbird as a frequent visitor to the center grounds. Urban dwellers, Deb’s Park staff points out, have plenty of opportunity to help the Allen’s out by by planting boxes or container garden with native nectar sources including penstemon, red monkey-flower, red columbine, paintbrush, and native salvia or scarlet sage.

Yards or gardens do not need to be of a particular size in order to make an impact. Planter boxes and container gardens are just as important as larger gardens in giving the birds options on where and when to feed. In fact, there is strength in numbers: enlist the neighbors to do the same thing.