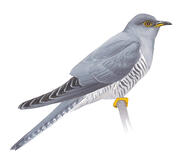 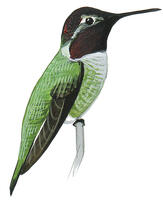 “Today the Internet informed me that a cuckoo called David has reached his home in Wales,” writes naturalist Helen McDonald in the latest New York Times Magazine. The essay, “Flight Paths,” explores how tagging animals with satellite trackers allowed us to learn more about their migration paths—and confirmed that, counter to Aristotle’s belief, birds do not hibernate in the winter.

Tracking animal migration is a science, but to McDonald—and no doubt many birders—it’s also a wild journey. We might be tethered to our desks and brick-and-mortar homes, but, via GPS-enabled updates, we, too, can journey with the likes of David the cuckoo, as he flies thousands of miles north from his winter residence in the Sahara.

Plenty of projects allow virtual travelers to tag along on an avian migration ride, and explore the conservation science behind the pursuit. If you find yourself developing wanderlust, get outside and track birds yourself.

Cuckoos: The British Trust for Ornithology's website explains why they track the cuckoos, including David. “We’ve lost over half the number of Cuckoos in the U.K. over the last 20 years.” The group has been tracking the birds since 2011 to find out why. This year, the Trust even teamed up with a bookie to place bets on which Cuckoo would get back first.

Hummingbirds: Not all tracking is high-tech. Birder-submitted sightings on birdfeeders.com show how hummingbirds make their way north up the East Coast in the spring. There’s also a nice set of static maps of past migrations, created by Missouri-based birder Lanny Chambers.

Whooping Cranes: These endangered birds make their way south every year through  the midwest to the Gulf coast. Check out Operation Migration’s map of their 2014 journey, and relive the trip for yourself on the organization’s YouTube channel.

Raptors: Follow the movements of an eagle named Grace on the Center for Conservation Biology’s EagleTrak blog. Photos are also available from the decade-long (and now complete) FalconTrak project.

Waterbirds: The USGS compiled data from more than 650 trackers into a world-wide map to better understand and predict the movement of avian influenza viruses.

Shorebirds: The International Shorebird Survey uses a  crowd-sourced map to figure out where these wetland-faring birds need help.

The image above was the cover image for Audubon Magazine's March-April 2012 issue. Read that cover story, "Unlocking Migration's Secrets" here.