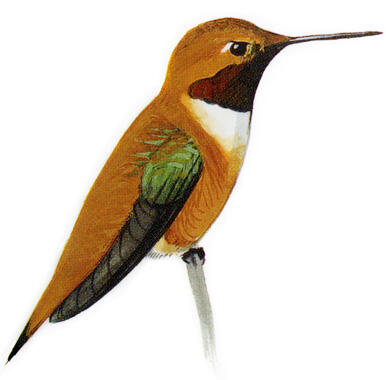 OLYMPIA, Wash. — On the last day of its 2018 session, the Washington state legislature failed to pass HB 2995, a historic and groundbreaking policy designed to set the state on a path toward 100 percent fossil-free electricity by 2045, including the phasing out of coal from Washington’s utility rates by 2030. Versions of the policy cleared four committees in both chambers and earned bipartisan support, the first time in legislative history for a 100 percent electricity concept, but ultimately the Legislature did not bring HB 2995 to a vote.

“Let’s be clear on what happened here: an army of more than 30 lobbyists representing fossil fuel-driven utilities defeated the overwhelming majority of Washington voters,” Yarnold continued.

Backed by Audubon Washington, Climate Solutions, the International Brotherhood of Electrical Workers and a broad coalition of labor, environmental, public health, clean energy, and conservation organizations, the bill would have transformed the way Washington produces and consumes energy. With jobs in the renewable sector growing twice as fast as jobs in the fossil fuel industry, and twelve times faster than the rest of the economy, passage of the 100 percent clean electricity policy would have been an important driver of new economic growth and job creation.

“Once again, the utilities exerted excessive influence and prevented any meaningful action on climate change. This 100 percent clean electricity bill was one of the most significant pieces of climate policies to be seriously considered by the state legislature in the past ten years,” said Gail Gatton, (@GailGatton), executive director of Audubon Washington.

“We have waited long enough. We will continue to support effective climate action that reduces carbon pollution and protects birds and people. We need bold action and we will explore all possible avenues to achieve this goal,” added Gatton.

In 2014, Audubon published its Birds and Climate Change Report. The study shows that more than half of the bird species in North America could lose at least half of their current ranges by 2080 due to rising temperatures. Of the 314 species of birds highlighted in the report, 189 of them are found in Washington, including the Rufous Hummingbird, Bald Eagle and Mallard. Many of these species are currently threatened by other factors, such as habitat loss, while others are species we previously considered secure but could face significant shifts in their ranges as a result of climate change.

Polling conducted on behalf of Audubon Washington and Climate Solutions late last year revealed strong constituent support for 100 percent clean electricity legislation.  Two out of three voters said they supported a policy that would phase out coal-generated electricity and accelerate the transition to electricity generation from solar, wind, hydroelectric and other clean and renewable resources. Nearly half of respondents said they would be more likely to support their state legislator if they voted for this measure in the 2018 legislative session.

Since the start of the legislative session on January 8, a coalition of labor, environmental, public health, clean energy, and conservation organizations led a state-wide effort to create awareness of HB2995 and demonstrate strong constituent support for climate action and a 100 percent clean electricity future for Washington State.

To learn more about Audubon's Climate Initiative, which protects birds and the places they need, today and tomorrow, please visit www.audubon.org/climate.

The National Audubon Society protects birds and the places they need, today and tomorrow, throughout the Americas using science, advocacy, education and on-the-ground conservation. Audubon's state programs, nature centers, chapters and partners have an unparalleled wingspan that reaches millions of people each year to inform, inspire and unite diverse communities in conservation action. Since 1905, Audubon's vision has been a world in which people and wildlife thrive. Audubon is a nonprofit conservation organization. Learn more how to help at www.audubon.org and follow @audubonsociety.