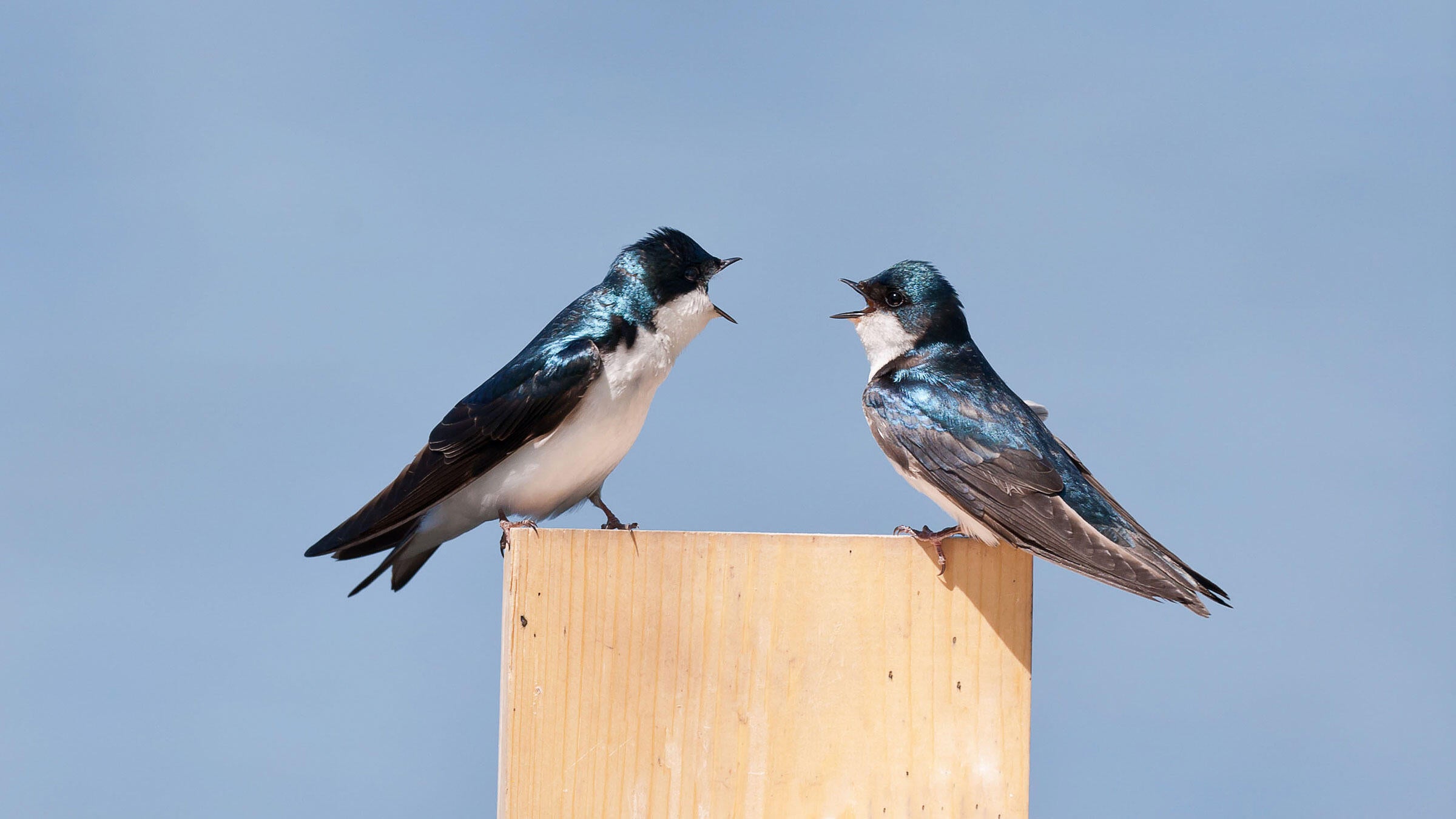 Tree Swallows, like those pictured here, are among the birds threatened by climate change in Washington state. Photo: David Glatz/Audubon Photography Awards

This fall, Washington state will vote on a measure to put a price on carbon pollution—the first of its kind in the United States. It’s called Initiative 732, and it's designed to reduce the greenhouse gas emissions driving global warming.

“We know climate change is the number one threat to birds,” says Gail Gatton, executive director of Audubon Washington. “Here in Washington, we have an opportunity to do something about it.”

Initiative 732 is a carbon tax, which discourages the use of fossil fuels by making them slightly more expensive—a move that should generate less carbon dioxide and speed up the transition to clean energy. The tax starts at $15 per ton of carbon pollution (the amount produced by burning around 100 gallons of gasoline) and gradually increases over time to $100 per ton. That translates to around 15 cents added to each gallon of pump gasoline and about $8 to the average monthly household electric bill in the first year—money companies and individuals will see returned to them through cuts in other taxes. (Calculate changes to your household here.)

I-732 has bipartisan support and, if it passes, could push Washington past its 2050 goal of emitting half the carbon dioxide it did in 1990. In an interview, Gatton explained how Audubon Washington decided to get behind the measure and why she believes it’s so important.

Audubon: Why should Washingtonians vote “yes” on I-732?

Gail Gatton: Audubon science shows that climate change threatens almost half of all North American birds, including 189 species at risk here in Washington. The best way to fight climate change is from two sides—we need to conserve the places on the ground that birds depend on, and we also need to prevent additional climate change by cutting carbon pollution.

A tax on carbon is an effective way to reduce emissions. This initiative won’t complete all the work that needs to be done on climate change, but I-732 is an important step forward. Putting a price on carbon pollution will help increase renewable energy use and cut our state’s emissions, which is good for people and birds.

A: How will the funds from the carbon tax be used?

GG: I-732 cuts our state sales tax by 1 percent. In that way, most people won’t see their taxes increase; instead they’ll experience a tax swap. It also funds a tax rebate to provide up to $1,500 a year to low-income working families and eliminates the Business and Occupation tax for manufacturers. This will return the vast majority of the fees to the pockets of Washington businesses and families, while still keeping the measure very close to revenue-neutral.

Even though the carbon tax includes rebates, some people wish that revenues from the tax directly funded initiatives to help people disproportionately affected by climate change, like low-income families and communities of color. In our opinion, one of the best things we can do to avoid the worst impacts of climate change is to reduce carbon pollution as quickly as possible. Protecting clean air, water, and habitats that allow birds to thrive means that people can thrive in a healthy environment, too. And that’s what I hope Washington voters will keep in mind when they fill out their ballots this fall.

A: How do we know this approach will work?

GG: We’ve seen a carbon tax work for our neighbors just to the north of us. British Columbia passed a carbon tax in 2008, and since then they’ve seen their carbon pollution drop while their economy has done better than other parts of the country. Mexico, Japan, Chile, South Africa, and more than a dozen European countries have also put a price on carbon pollution.

A: Why did Audubon Washington decide to support this policy?

GG: I started the process certain that I-732 wasn’t good enough. But the thoughtful comments of Audubon Washington members from 25 chapters—gathered through surveys and meetings over the course of more than a year—convinced me otherwise. People who care about birds really understand the urgency of the situation. Over and over, we heard: “We must do something now about climate change.” This urgency led me to embrace the opportunity offered by I-732: vote to put a price on carbon pollution and take action now that will benefit birds and people.