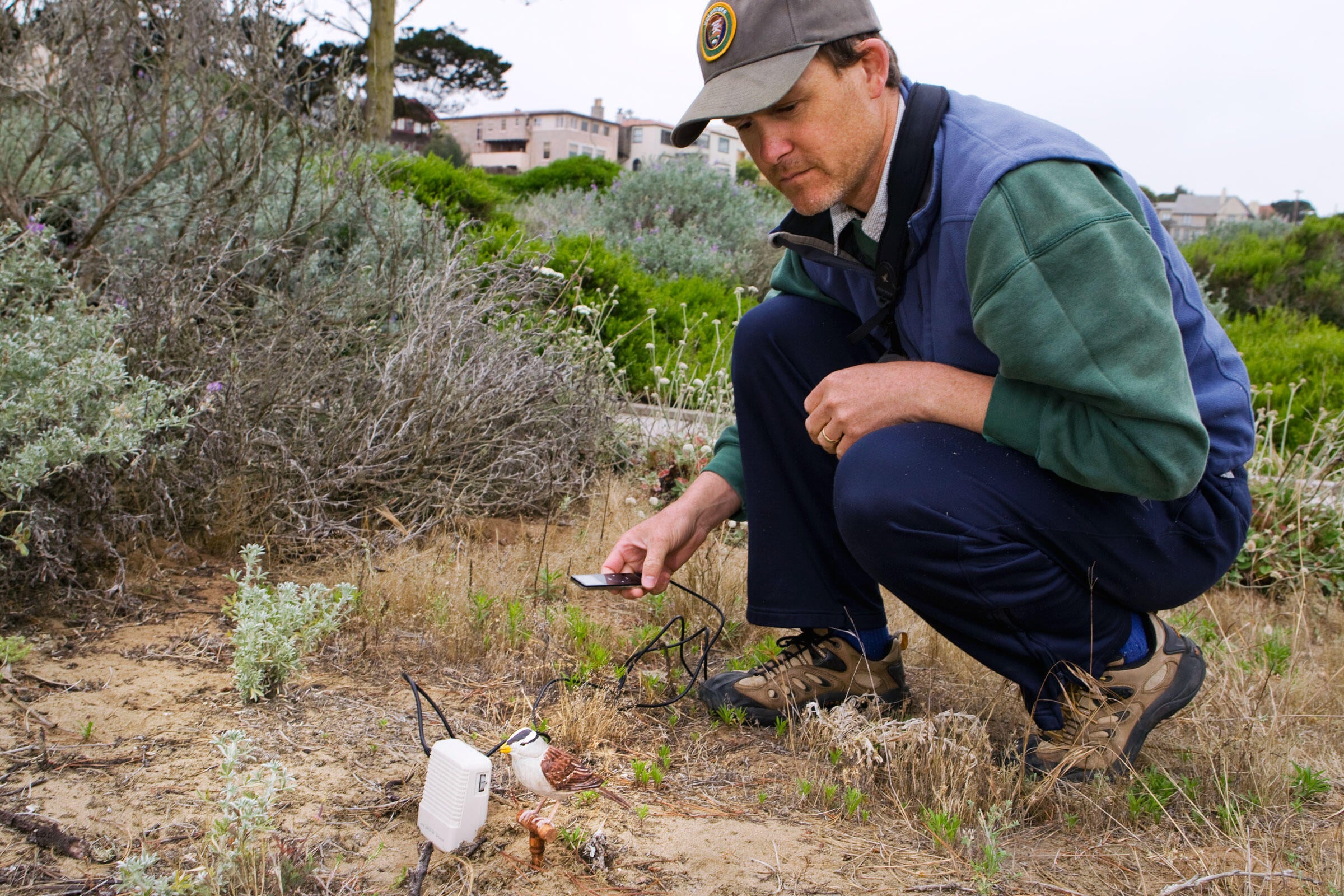 Why City Sparrows Are Singing A Very Different Tune

Birds are belting their songs out at never-before-heard frequencies to beat the heavy noise around them.

If there’s any songbird that belongs downtown, it’s the sparrow. From the hot asphalt of Los Angeles to the high-rises of New York City, these cheery little birds peck their way down the city streets in droves. But that doesn’t mean they’re immune to the wear and tear of a deafening urban environment: Car alarms, jet engines, police sirens, construction, and the constant hum of traffic create a terrible ruckus that drowns songbirds out. And sparrows aren’t alone in their plight against noise pollution. Other birds that live in and around cities have been found to wake up earlier, mate sooner, and generally be feistier than their rural brethren.

So just how do sparrows cope with all the racket? Researchers from George Mason University analyzed the effects of urban life and “anthropogenic noise” (noise caused by humans) on male White-crowned Sparrows in San Francisco's Presidio park and found male sparrows are scaling up their tunes in order to be heard. Kim Todd details the researchers’ findings in a recent feature for Bay Nature Magazine:

. . . Presidio birds have clearly shifted to a dialect more audible above the urban din. And they sing even that dialect at a higher minimum frequency than in past decades, likely in an effort to rise above the low-frequency rumble of cars.

Singing at a higher frequency may seem like a minor tradeoff, especially in a city with unlimited dining options. But it turns out the new song may not go over so well with the ladies. Male birds who upped their pitch had poorer vocal performance, and their song quality suffered as a result. In a similar experiment conducted in the Netherlands with Great Tits, researchers found that females opted for males that sang low-frequency tunes, putting the high-pitched city birds at a disadvantage during mating season.

. . . [female Great Tits] still prefer the low-frequency version, the one not upshifted out of the range of traffic. Males who spent more time singing at higher frequencies are more likely to be cuckolded. So there’s an apparent choice: Be macho or be heard.

If female White-crowned Sparrows have a similar response, researchers predict the birds might evolve into two different species—laid back, low-pitched ruralites and frenzied, high-pitched urbanites.

To read more about the shouting match between songbirds and cities, check out the rest of Todd’s article here.