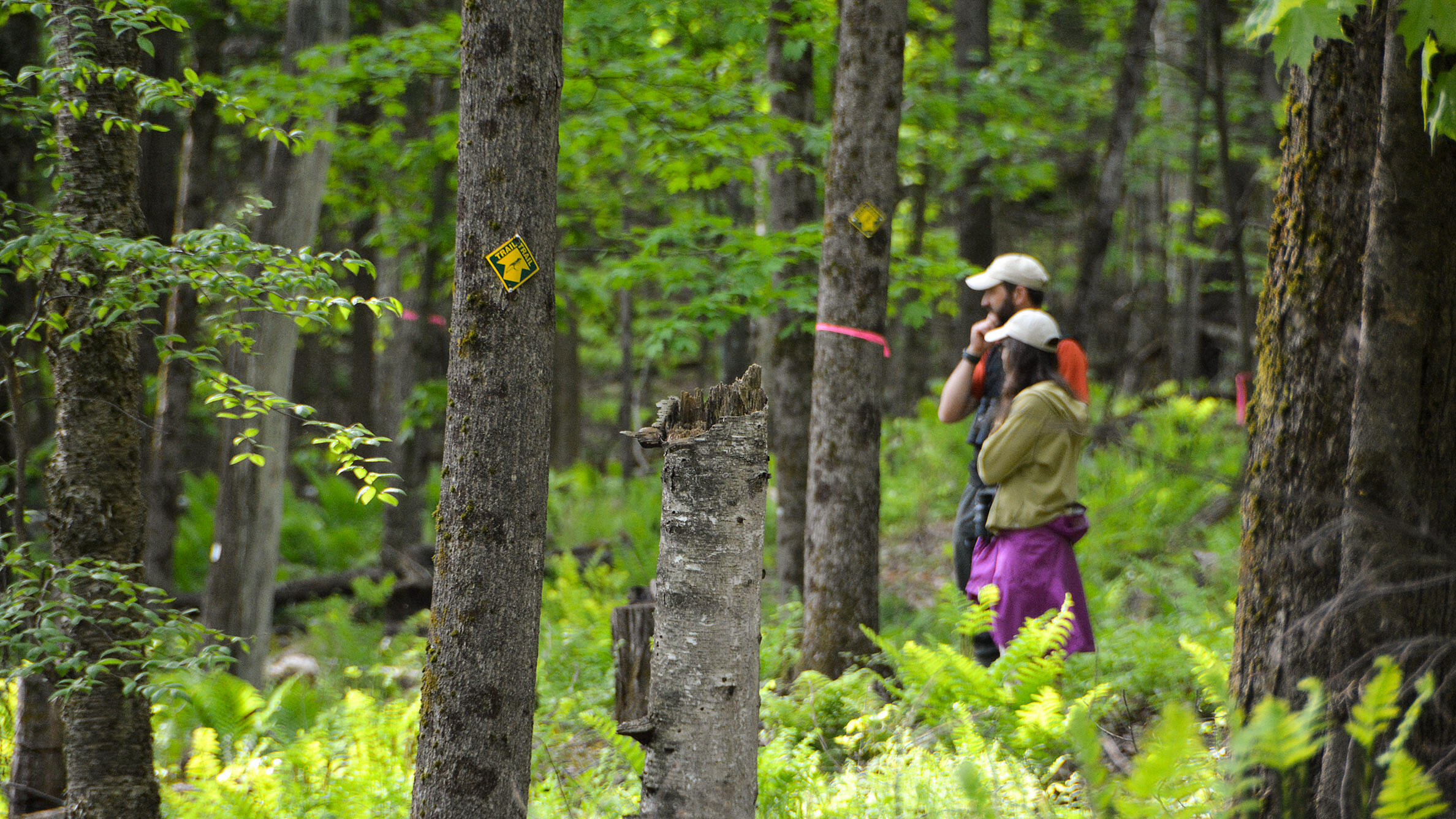 In Vermont, there’s no shortage of trees, with three out of every four acres composed of picturesque forests. Yet some Vermonters fear their state is surrendering too much of its characteristic wilderness to development. “We’ve been noticing a continuing trend where we’re losing forest to fragmentation,” says Jim Shallow, conservation and policy director at Audubon Vermont.

Humans aren't the only inhabitants reacting to this habitat shift. A new report from the Vermont Center for Ecostudies (VCE) says that fragmentation—which occurs when large tracts of woods are bought up, parceled out, and cleared—might be the leading cause behind the decline of Vermont forest-bird species such as the Canada Warbler and the Winter Wren. The findings reveal a 14 percent decline in total birds across 31 unmanaged forests around the state, including the Green Mountain Audubon Center, between 1989 and 2013.

Of the 34 most abundant species at the sites, 13 showed significant declines. Insect-eating birds, including Chimney Swifts, Tree Swallows, and Eastern Phoebes, were the hardest hit, experiencing an overall population loss of 45 percent over the 25-year period. While habitat fragmentation is probably the biggest driver, the scientists note that invasive species, acid rain, and climate change also threaten the health of mature forests and their denizens.

There are a few avian species that seem to be doing okay, however. Vermont’s state bird, the Hermit Thrush, was stable over the 25-year span, likely because it’s less sensitive to habitat fragmentation and other pressures. Meanwhile, the number of Yellow-bellied Sapsuckers increased over the study period—a trend the researchers attribute to an increase of dead trees for the woodpeckers to forage on.

To Steve Faccio, the lead author of the report and co-founder of VCE, the results serve as an early warning to motivate public action. Though Vermont’s forests are largely in good shape, habitat fragmentation is still a concern, he says. “It gives us a chance to step back and look on a large scale: How are we managing forests?”

Fortunately, before the worrying VCE report, Vermonters had already begun taking steps to save their woodlands and wildlife. Audubon Vermont, for example, is focused on bridging conservation with development in the region by working hand-in-hand with foresters, landowners, and maple syrup producers to manage woods with birds in mind. “We take the research that’s done by others, and make it accessible and understood on the ground,” says Steve Hagenbuch, Audubon Vermont’s conservation biologist. Projects like the Forest Bird Initiative and Foresters for the Birds advocate for some of the same practices mentioned in the report, such as curating a mix of different native species to create a variety of food resources and leaving dead standing trees and leaf litter around to offer a diversity of nesting sites.

Use our handy native plants database to discover which plants in your area will restore natural habitat and help birds.

In the Vermont General Assembly, politicians are tackling fragmentation head-on through legislation. The state's landmark land-use law, Act 250, already requires a rigorous environmental review, including endangered-species surveys and water-pollution assessments, for new development proposals above a certain size. But at more than 40 years old, the act is due for an update.

A new bill passed in the Vermont House of Representatives at the beginning of May would roll more guidelines into Act 250 that avoid or minimize fragmentation in priority forest habitats (as defined by the state) along with wildlife corridors linked by land or water. The senate will vote on the legislation next year. While it has a lot of support from communities and conservation organizations (Audubon's Shallow testified on behalf of the bill), Representative Amy Sheldon (D), one of the bill’s co-sponsors, says that it’s still unclear whether the governor will sign it into law due to opposition from industries and local businesses. Critics claim the expanded rules would infringe on private property rights and curtail economic growth.

But as Audubon Vermont’s maple syrup initiative has shown, conservation can sell—in three short years, profits from the labeled, avian-friendly products have reached $4.5 million. It’s also proven the power of partnerships. And to that end, this month Hagenbuch is teaming up with VCE to lead workshops on bird-minded forestry, with an aim to add more landowners, professionals, and nature-loving Vermonters to their team.

Data show high temperatures may have spurred unusual migration patterns for some species.