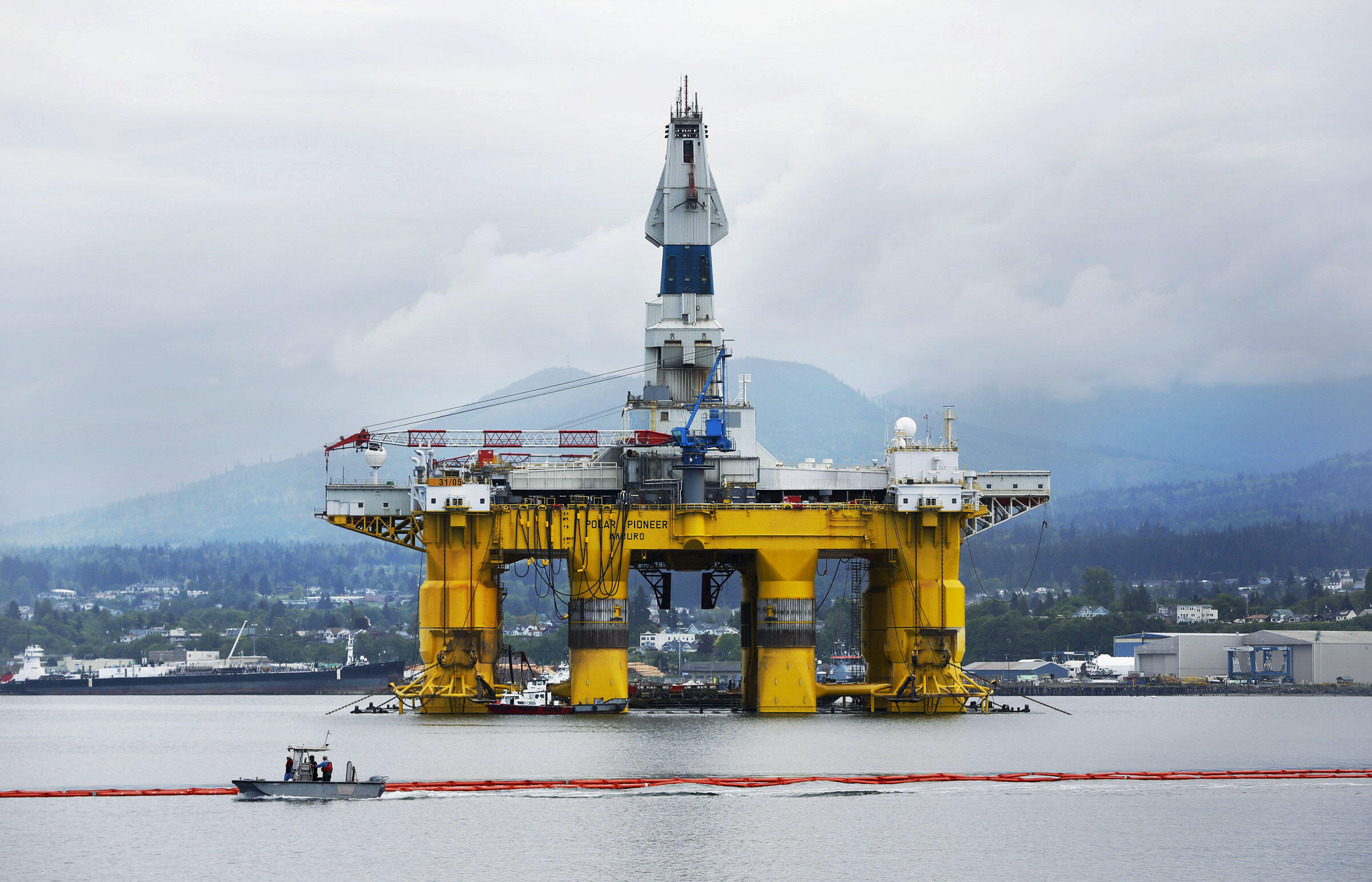 The Polar Pioneer, the rig that Shell leased for its Arctic exploration, is seen parked in Port Angeles, Washington on May 12, 2015. Photo: Jason Redmond/Reuters

It's great that the energy giant pulled out of the Arctic Ocean. But let’s still stay vigilant.

Time for a mild confession: Back in late September, when Shell announced that it was shuttering its offshore oil exploration in the Arctic “for the foreseeable future,” my glee was initially tinged with a rather selfish shadow of glum: How would this affect our publishing plans for the ambitious investigation Barry Yeoman was cooking up for Audubon on how Shell strong-arms its way to regulatory approvals in Washington? Did Shell’s decision mean—as, indeed, a Shell spokesman would later assert in rejecting Yeoman’s interview request—that the story was no longer relevant?

Then I came to my senses. Shell is not abandoning Arctic drilling forever—nor, for that matter, are its competitors in the carbon-extraction biz. As Yeoman points out, the Shell leases run another four years, and, “foreseeable” or no, Shell CEO Ben van Beurden was quoted talking up future opportunities in Arctic Alaska after the company’s dramatic announcement of its strategic withdrawal. When the price of oil gets back to a point where it justifies the risk and the expense and the potential brand besmirchment among environment lovers, oil giants will be back seeking approval to drill all over again.

And when that day comes, the cautionary tale that Barry Yeoman has assembled from deep piles of government documents—many of them brought to scrutiny by the dauntless and Freedom of Information Act–wielding environmental law group Earthjustice—will be extraordinarily relevant. Yeoman gives us an under-the-hood account of a conflicted and cringing process behind the creation of the Bureau of Ocean Energy Management’s latest environmental impact statement for the Shell drilling plan. And one of the most unexpectedly disturbing aspects of his story is that it is deeply unsurprising. He’s not revealing any gross malfeasance or criminal behavior; it’s just that when a powerful corporation pays $2.1 billion for oil leases and has the political muscle to command audiences at the White House, regulatory agencies find themselves forced to accelerate processes, cut corners, and shift resources away from worthier projects in order to service its needs. Yeoman’s investigation, which we proudly publish in this issue, was titled “Business as Usual” (in the print version) for a reason. This is not an exposé of an exception, it’s an anatomy of a rule.

And that’s why, whatever Shell might hope, this is hardly the time to relax our vigilance—up in the Arctic, or anywhere else.