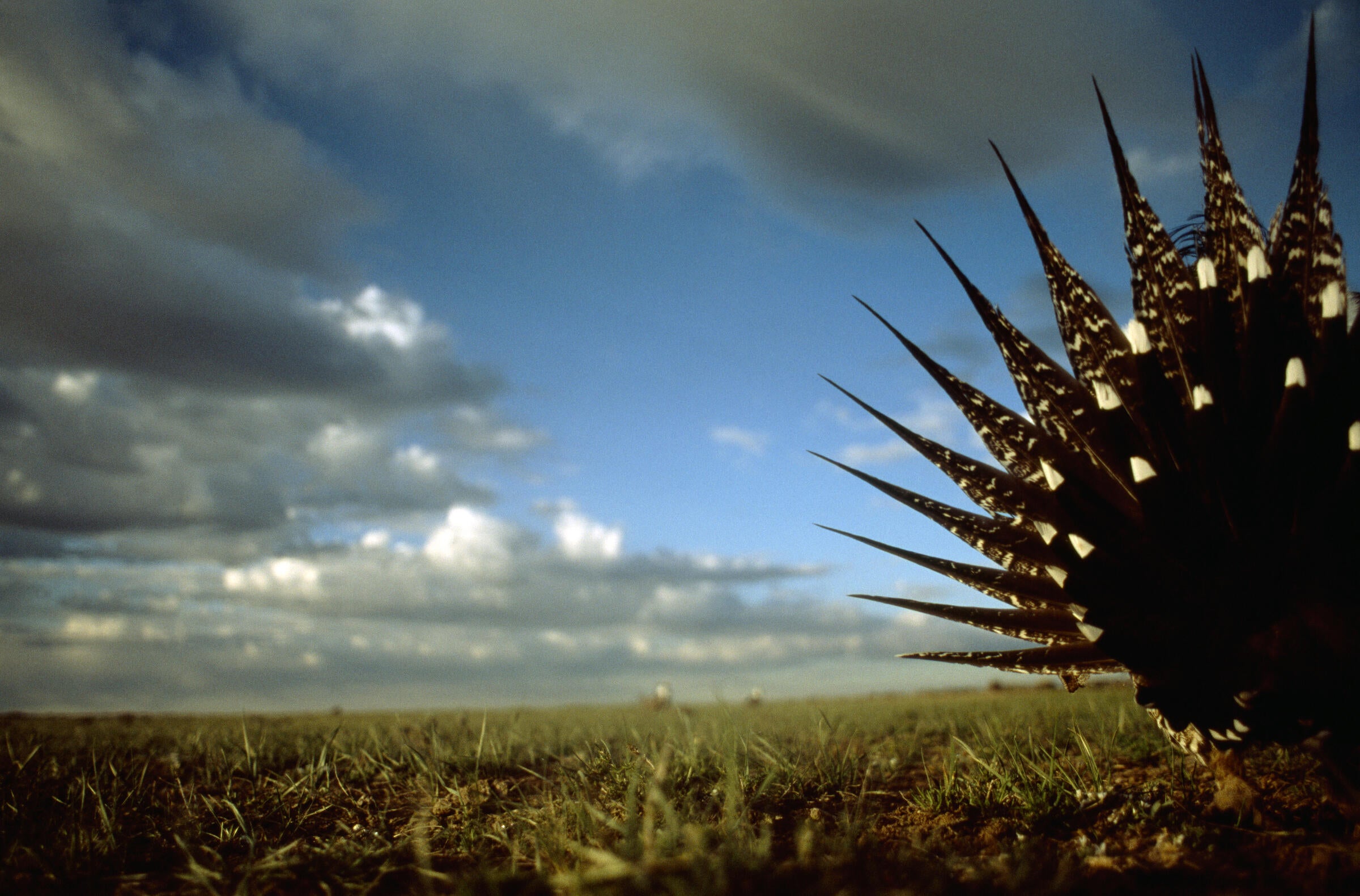 Some threatened species may never earn "endangered" status. Here's why that may be a good thing.

The Greater Sage-Grouse has become, for better or worse, an icon. With its range slashed by half and some populations down more than 90 percent from their heyday, the bird epitomizes for conservationists the cost of poor land stewardship and shortsighted development in the West. To industry, it's emblematic of federal meddling with economic growth. Now, as the U.S. Fish and Wildlife Service considers listing the sage-grouse as endangered, it could become a symbol of something else: a new era of cooperative conservation aimed at keeping species off the list entirely.

The threat of federal enforcement has been looming since the FWS ruled in 2010 that listing the bird was "warranted but precluded," meaning the cash-strapped agency didn't have the resources to deal with it. Still, everyone knew the axe would fall eventually. Some elected leaders have responded, predictably, by trying to gut the Endangered Species Act. But the energy industry and landowners are taking surprising steps to avoid having an endangered bird on their property: They're joining forces with environmental groups and state agencies to protect the sage-grouse. By playing nice now—ponying up for habitat restoration and siting energy development outside the bird's core habitat—they're hoping to avoid costly and hassle-filled punishment later. For the financially hard-up FWS, it's good news. Some 672 species are currently listed as threatened or endangered in the United States, and dozens more share the sage-grouse's "warranted but precluded" status. Only 27 species have been delisted—a testament to the monumental challenge of recovery. The FWS, says Patrick Parenteau, a University of Vermont law professor, "has arrived at a point where they don't think traditional regulatory enforcement works [for many species]." They're willing—or perhaps obliged—to experiment.

That's where complex, legally binding, federally approved conservation agreements come in. In exchange for adopting a plan to protect a species, landowners won't be required to leap through additional hoops should it be listed later. "Do everything that is necessary to do on your property, and we will not come back and ask you to do more if the species is listed," an FWS spokesman told Audubon. (The same holds true for landowners who strike deals with the federal Natural Resources Conservation Service under its Sage Grouse Initiative.)

The approach has worked on a small scale for other species. In August the FWS opted not to list a population of Arctic grayling in Montana because the fish's numbers have doubled since federal, state, and private groups began cooperating in 2006. The dunes sagebrush lizard, of Texas and New Mexico, also dodged the list due to a conservation agreement between oil and gas operators, landowners, and state agencies.

But whether the tack will work for the grouse, whose sagebrush habitat spans 165 million acres across 11 states, remains to be seen. While the landscape the bird depends on for food and shelter is vast, it's long been unloved—many dismiss it as "the big nothing," says Brian Rutledge, Audubon's policy and conservation adviser for the Central Flyway. For more than half a century, cattle overgrazed the sagebrush, ranchers replaced it with more palatable grasses, farmers tore it up for cropland, and developers built ranchettes on it. Today much of the sage-grouse's habitat is also prime territory for oil, gas, wind, coal, and uranium development.

This confluence makes the bird "the big kahuna, the test case for this idea of trying to avoid listing by putting as much conservation on the ground as possible," says Eric Holst, Environmental Defense Fund's working lands senior director.

There's big money at stake. Wyoming alone could lose an estimated $8 billion in revenue from energy development if the bird is listed. With Wyoming leading the charge, sage-grouse conservation agreements are now popping up in all 11 of the bird's home states. For energy developers, they mean limiting where development can occur, and possibly paying into a habitat restoration fund. Landowners agree to such measures as removing invasive plants that choke out sagebrush or taking out fences grouse are likely to crash into. "There are certainly those on both fringes that are unhappy," says Rutledge. "But we're interested in the greatest good for the ecology without forgetting that humans also live there."

The FWS ruling is expected by September 2015. Meanwhile, says Rutledge, "We are already seeing tremendous investment in the ecosystem that supports the bird." Sagebrush steppe is home to 350 species; some, like the Brewer's Sparrow, are on the radar as candidates for future listing. If the sage-grouse and all those species never end up "endangered," it could be the ESA's greatest success.