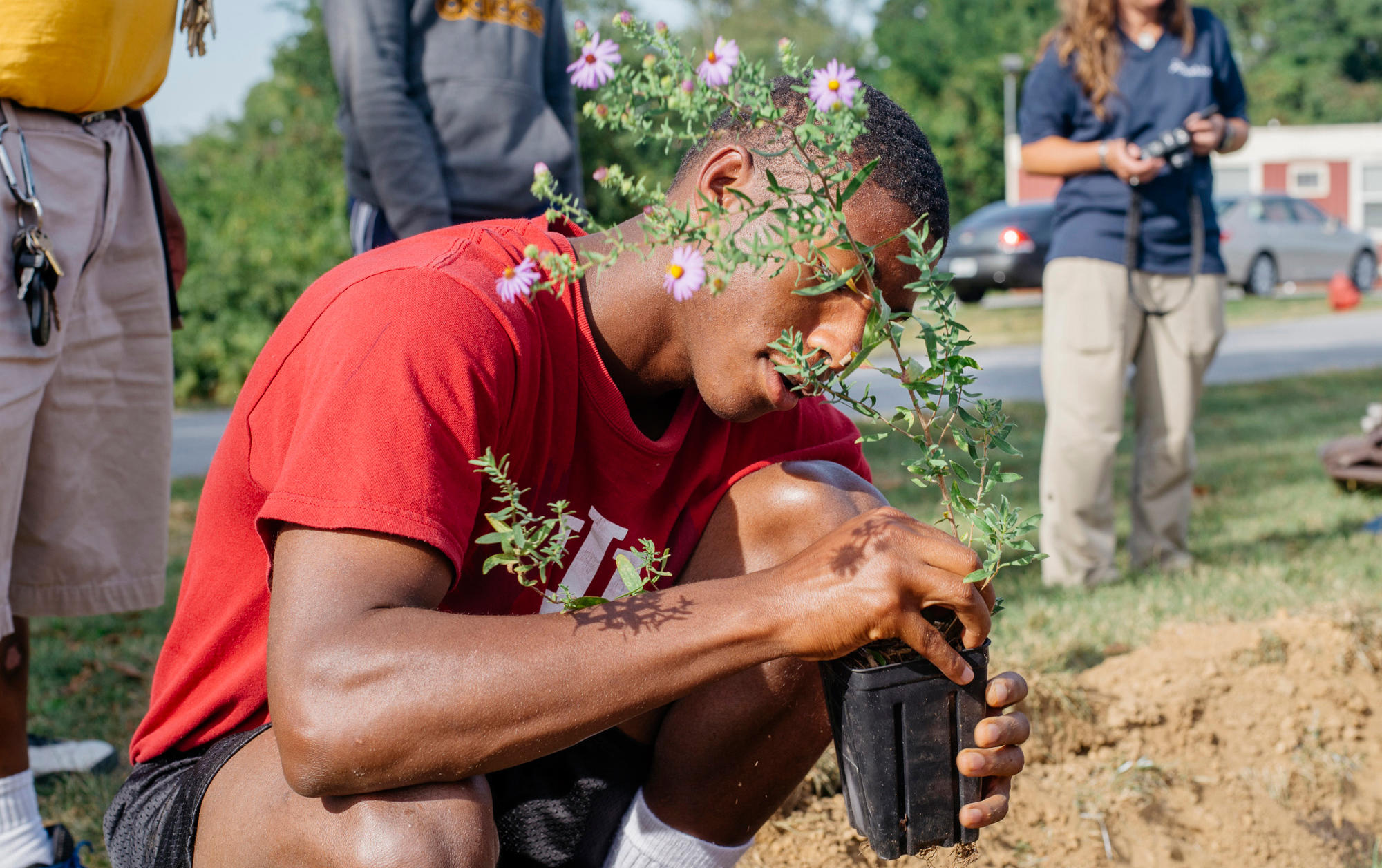 Students in Pennsylvania get a lesson on life while building a rain garden for Purple Martins.

On a Thursday afternoon in late September, a group of high school boys gingerly worked dogwood saplings and eastern bluestar shrubs out of plastic containers and placed them in an oval-shaped patch of soil on the campus of the Glen Mills School, outside Philadelphia. Glen Mills isn’t an ordinary high school: It’s an alternative to juvenile detention for teenaged boys who have had run-ins with the law—petty theft, assault, and everything in between. It’s also home to the region’s largest Purple Martin colony, where up to 700 birds nest each year. When the martins return to campus next spring, they’ll find a new rain garden awaiting them.

The garden is one of several projects that came to fruition after the John James Audubon Center at Mill Grove, the Chester Ridley Crum Watersheds Association, and the Willistown Conservation Trust joined together last fall to brainstorm ways to engage the students in the rich ecosystem of Glen Mills’ Hogwartsian, 800-acre campus. With grant funding from Toyota Together-Green, the groups created an afterschool club and in-class programming that provide interested students with a hands-on environmental education, while also enriching the Purple Martins’ habitat.

When 18-year-old Harjeet Ahir joined the environmental club, he had no idea what to expect. “I thought we were going to be learning about oxygen or something,” he said, standing next to a wheelbarrow full of compost, his hands stained with dirt. Not exactly—the program has revolved around lessons tied to a series of projects, such as installing bird feeders and restoring the creek. “I never imagined myself doing these things,” said Ahir. “It’s helped me stay out of trouble.”

“They’re learning that their actions can have a positive impact on the environment,” said the John James Audubon Center’s Janelle Wommer, who spearheaded the programming. “That’s something they can take with them wherever they go.” The grant wraps up in November, after a hawk watch and a visit from a Pennsylvania Game Commission official who’s going to talk to the students about careers in wildlife.

As the students planted the garden, the eventual beneficiaries of their efforts were probably over Central America, en route to their wintering grounds in Brazil. The students had said good-bye in July, when they helped band the hatchlings. “I was nervous because I didn’t want to hurt [them],” Jacob Oney, 16, recalled. “Some of them were little itty-bitty babies. It was kind of gross because you could see through their stomachs. It was nasty. But it was a neat experience.”