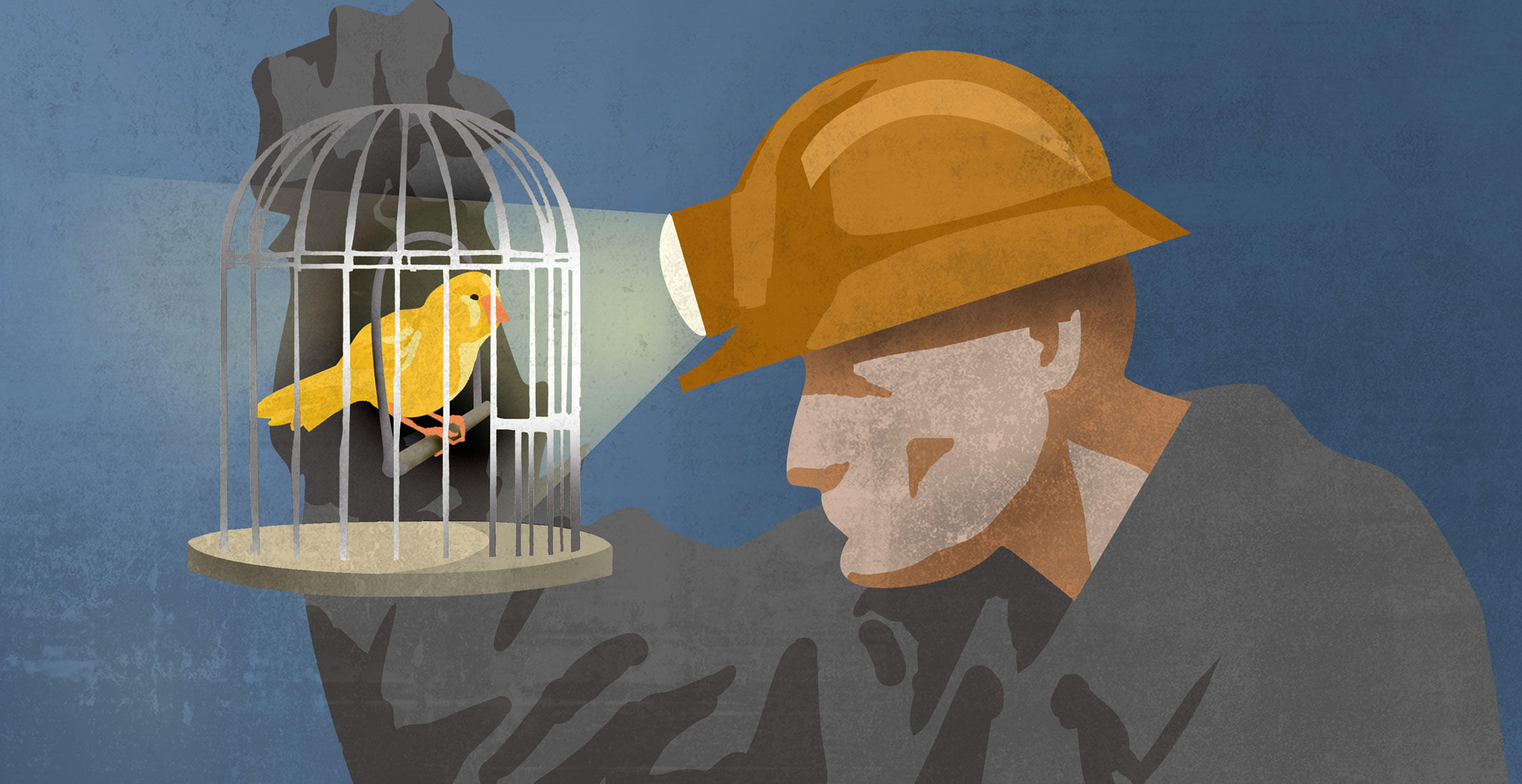 What's the point of an early warning if we refuse to take heed?

A few months after my arrival here at Audubon, I was astonished, during a conversation with several younger colleagues, to discover that the expression “canary in a coal mine” has been lost to the lexicons of (as far as I can tell) pretty much everyone under the age of 30. I suppose this shouldn’t have been such a shock, given how anachronistic soot-covered men in hard hats hauling their pickaxes down to the depths feels in our gleaming futuristic age (this despite the equally anachronistic-feeling—but unfortunately all-too-real—fact that nearly 40 percent of U.S. electricity is, today, generated by burning coal). It’s a shame, though; I’ve always been captivated by what a vivid, even heroic, symbol that sentinel canary is, carried deep into the Earth to die first in the event of a toxic-gas buildup, thus alerting the miners in time to get themselves out alive.

The irony, of course, is that the expression has somehow relinquished its cultural resonance at the moment when its metaphorical relevance is at a peak. Heading into the early December United Nations climate conference in Paris, our partners at BirdLife International have published a synthesis of research conducted worldwide on the effects of global warming on birds, now and in the future. Anyone familiar with Audubon’s Birds and Climate Change Report (which is included in the analysis) will find the aggregated research depressing but depressingly unsurprising: In every place where studies have been done, it can be seen that climate change already poses dire threats to birds, threats that will only intensify if we’re unable to reverse course. Some specifics: More than 2,300 species worldwide are highly vulnerable to global warming, and more than a quarter of the species studied in detail have already been negatively affected.

I don’t know about you, but I can say without too much shame that findings like those sometimes sap me of hope. But my hope was bolstered by a conversation I had the other day with David Yarnold, Audubon’s CEO and a bruised survivor of the devastatingly unproductive 2009 Copenhagen talks. He’s no wide-eyed fantasist, and he’s bullish on Paris: “I think it’ll be significant progress. The community of nations has to get started bending the arc of emissions. What we think is going to be put on the table isn’t the answer, it’s the start. But once you start, you can have momentum. I think this is the getting-started moment that we thought was going to happen in Copenhagen.”

Birds are the most widespread wildlife on Earth, and they are still sending us vivid warnings of impending catastrophe. The hope here is that we’ll demonstrate the sense of a miner and take action to save them—and ourselves.