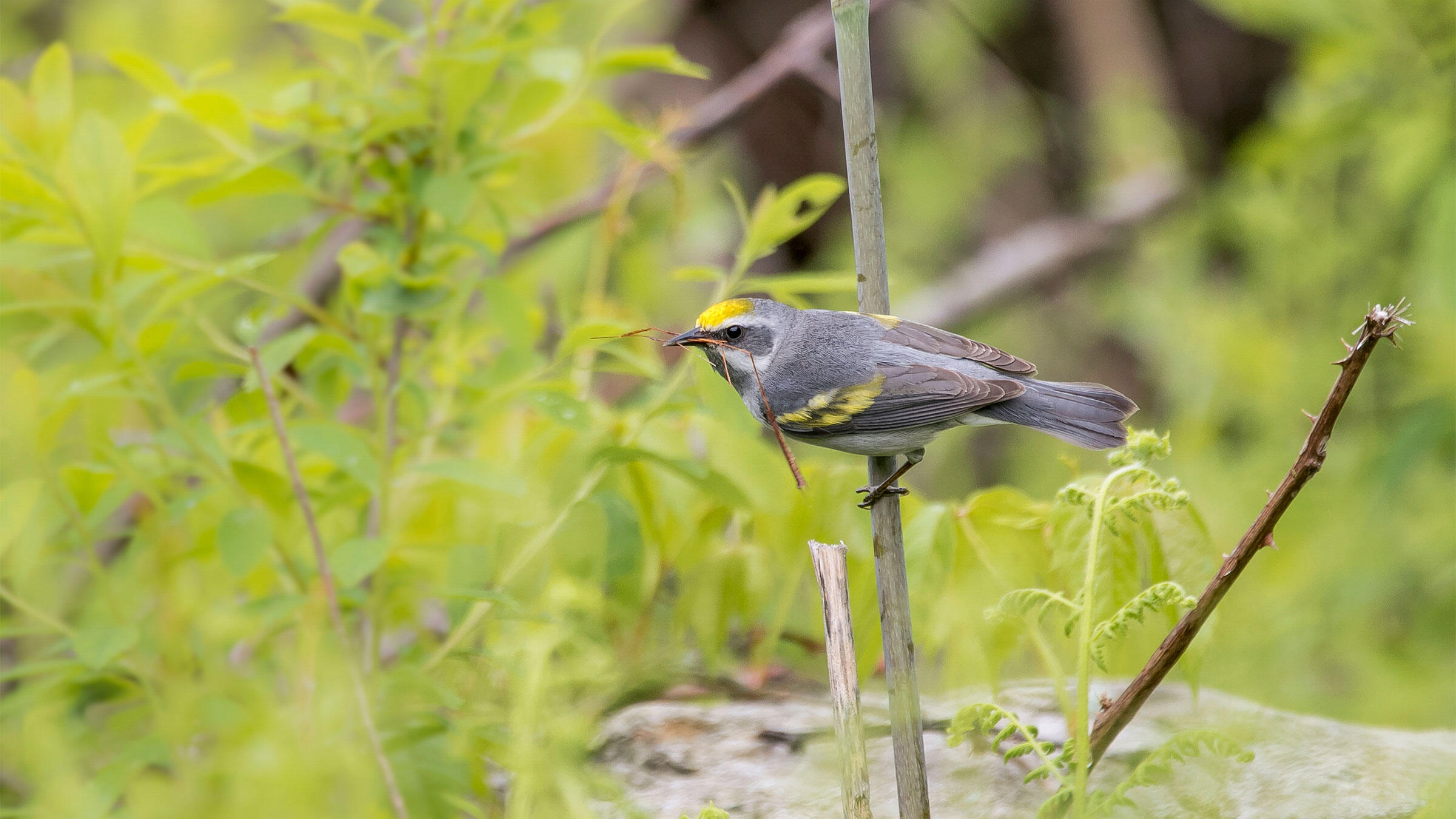 Ornithologists are trying to correct biases and misguided assumptions that can undermine environmental efforts and scientific knowledge.

Nearly a decade ago, ornithologist Ruth Bennett was living in Honduras studying the Golden-winged Warbler, a declining and little-understood species, when she noticed a surprising pattern. The birds near her host university were mostly females. The males, with their distinctive black bibs and brighter golden crowns, congregated farther up the mountain, in humid, dense forest. But without more rigorous data, the conservation plan she co-wrote didn’t account for the distinct winter haunts of males and females in its maps of their habitat.

Her observation mattered even more than she realized then. Because female Golden-winged Warblers consistently flock to lower elevations than males in winter, developers were more likely to destroy their habitat, her later research revealed. Females lost 8 percent of their range from 2000 to 2016, while males lost only 4 percent.

“Females are really at twice the risk that males are, and yet we weren’t thinking about that or accounting for them,” Bennett says. Poring through stats, she and her colleagues published a striking finding last year. Up to two-thirds of vulnerable North American migratory landbird species may overwinter in different habitats based on sex, a factor considered in fewer than one in 10 conservation plans, they found.

Other research has pointed to a similar conclusion: Female birds are often undercounted and ­overlooked—a fact that undermines not only conservation, but also fundamental ecological, environmental, and evolutionary science.

A 2019 study including five top natural history museums showed that females comprise only 40 percent of vast avian collections that date back centuries. Such a skew may not seem large, the authors say, but ignoring it may taint insights mined from these invaluable troves. Scientists, for example, can trace how levels of contaminants have changed in ecosystems over decades by analyzing bird specimens. Yet males and females of many species forage for food differently, so their tissues are likely to absorb pollutants in different concentrations.

The Female Bird Song Project, run by Odom and collaborators, began recruiting birders to catalog the vocal ranges of female birds in 2017.  Whether females sing remains a mystery in 3,500 songbird species, and for those 660 species known to sing, good recordings are often absent. As audio files have trickled in, about 25 percent uploaded so far are a first, as verified by experts. Recordings will help experts understand the evolutionary forces that pushed both sexes to sing, as well as revise birders’ expectations.

To participate, record video or audio of a female bird’s song and upload your data to the apps eBird or Xeno-Canto with the phrase “Contributed for the Female Bird Song Project: femalebirdsong.org.” Include a description of how you recognized the bird’s sex—sharing a picture can help—and you’re done.

Female birds aren’t usually snubbed on purpose. Expert and amateur birders alike can miss or struggle to identify female birds, which are often more muted in color and behavior. In other ­species, males and females are nearly impossible to tell apart without blood work, making it difficult to track sex at all. And when scientists play avian calls to lure out shy birds to count them, territorial males are more likely to respond, further tilting the scales.

Then there are some assumptions that are plain wrong, says Karan Odom, a researcher at the Cornell Lab of Ornithology. For centuries, experts thought only male birds sing, creating a self-­fulfilling prophecy: If a bird is singing, a listener may think it’s a male and check the wrong box on their app or data sheet. A growing body of evidence now shows that female birds sing more often than anyone thought. Among species where information exists, an estimated 70 percent of females—from Loggerhead Shrikes to ­Cerulean Warblers—do belt tunes, either solo or in duet with a male. Odom and collaborators plan to use these new insights to revise the story of birdsong evolution.

“If we’re focusing on just one sex—focusing just on the males—then we’re ignoring half of the answer,” she says.

Documenting a bird’s sex sometimes costs researchers time and money, but correcting the imbalance can also be as simple as raising awareness. “In most cases, if you know the bias exists, you can account for it,” says Alexander Bond, a conservation biologist at the Natural History Museum in London and co-author of the museum collections study. Growing ranks of female scientists may also help: They are more likely to pay attention to the songs of their avian counterparts, according to Odom’s unpublished research.

To boost the Golden-winged Warbler’s chances, Bennett is now collecting more data so that, next year, she can revise the birds’ conservation plan in order to better protect both males and females. “It’s taken the ornithological community a long time to really break away from this bias,” she says. “Great gains have been made over the past 20 years, but there’s still work to be done.”

This story originally ran in the Spring 2020 issue as "All Due Respect." To receive our print magazine, become a member by making a donation today.