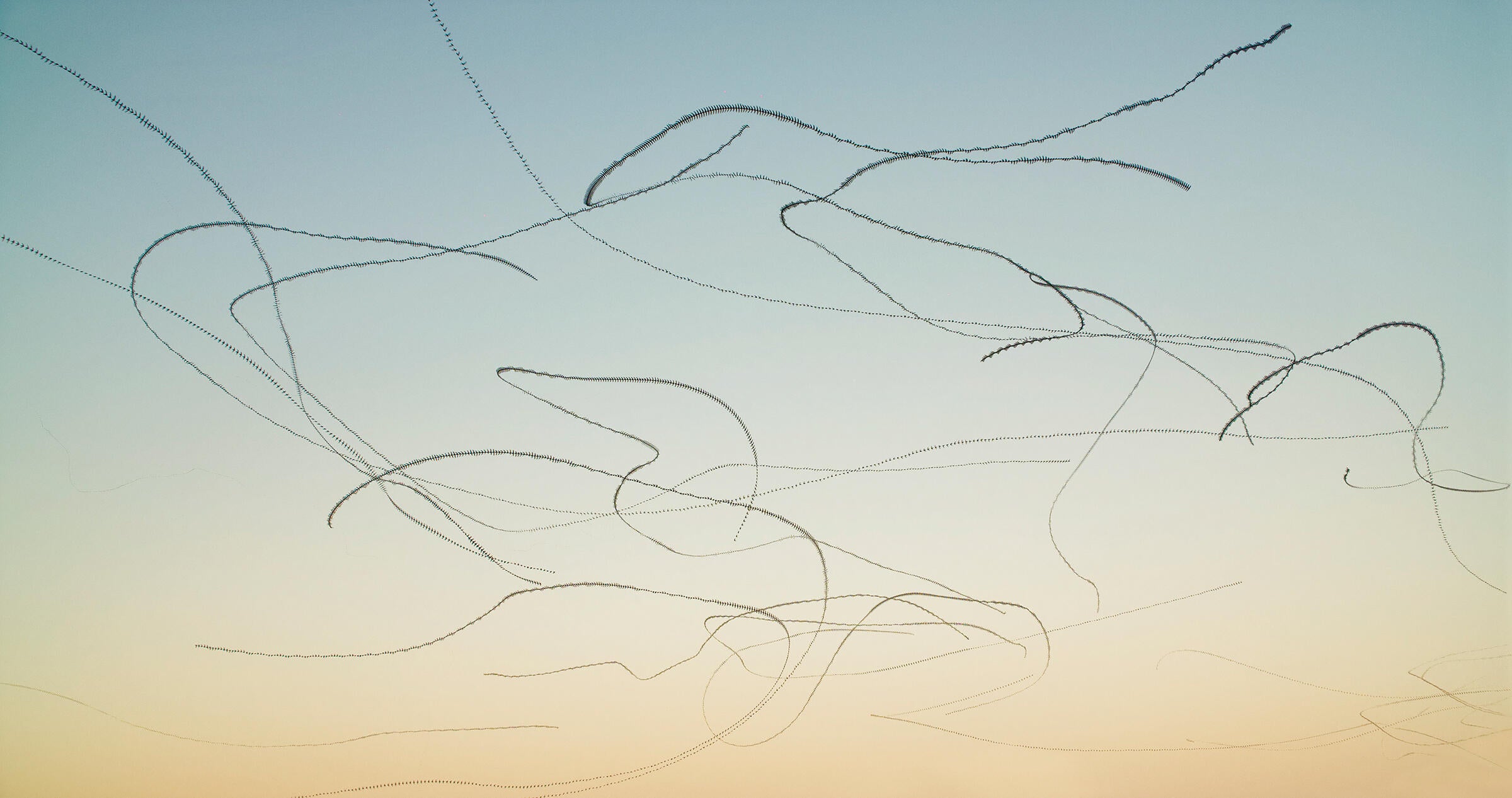 How the Flights of Birds Inspired a Unique Elementary Education Program

Musicians, artists, and innovators learn from avian flight. A new learn-from-home concert and curriculum brings three together to teach children during challenging times.

What do Barn Owls, Common Nighthawks, and Killdeer have in common with the finale of Haydn’s Symphony No. 14? A pattern—specifically, moth-like flight motion punctuated by quick directional changes and bursts of activity. The New Bedford Symphony Orchestra in Massachusetts will celebrate both in a unique concert and children’s program premiering on March 23.

In a COVID-adapted setting, with fewer musicians to limit crowding, the group will perform selections including Felix Mendelssohn’s String Symphony No. 4 and Ralph Vaughan Williams’s “The Lark Ascending” in tandem with animations that illustrate how each composition’s rhythm or melody mimics a bird in flight. The program will also include the world premiere of “The Nightingale Concerto,” a work for solo recorder, percussion, and strings inspired by the John Keats poem “Ode to a Nightingale.” Where Keats writes of “wings of Poesy,” for example, composer Jamie Allen evoked a bird slowly moving, gathering speed, and lifting off.

The concert is the brainchild of the orchestra’s director of education, Terry Wolkowicz, who was inspired by a Boston Museum of Science exhibit that prompted visitors to match flight animations to line-drawn representations. She loved the idea but thought there was a missed opportunity to not only see the pattern but also hear it. She turned to her husband and said, “I could actually play a melody that moves just like that.” (The museum has since added simple tunes composed by Wolkowicz to a virtual version of the exhibit.)

The notion was a perfect match for the orchestra’s long-running Learning in Concert program. To help children explore connected concepts, every year Wolkowicz selects a topic that can be related to music—like balance, for example, which is as important in a musical composition as it is in an ecosystem—and collaborates with experts to create an interdisciplinary curriculum and show. Normally the symphony sends a trio of musicians to dozens of elementary schools in Massachusetts and Rhode Island to kick off classroom lessons, which culminate in a live performance at the concert hall and a celebration of student projects.

This year, like many in education and the performing arts, the program quickly adapted to go online. “When COVID hit, it was tough—it’s like, we can’t be with you,” Wolkowicz says. But, she notes, there’s a big upside. “People anywhere in the world can log on and learn about these unique connections between science and music.” On the symphony’s website, kids can compose a melody out of flaps and glides and listen to their flight patterns. The orchestra has made the learning program available (for a small fee) to schools, homeschoolers, and Audubon chapters, and others. It includes the concert and a related monthlong curriculum, comprised of activities, science experiments, writing prompts, birding tips, and more.

To stir further inspiration, Wolkowicz recruited two other avian-inspired visionaries, photographer Xavi Bou and PigeonBot creator David Lentink, to present how flight forms inspire their work in art and technology. Bou, who lives in Barcelona, will show off his Ornithographies series, a project based on a passion for birds that took root as a child on walks with his grandfather.

For each image he creates, Bou uses a cinema camera to take 30 to 120 photographs per second of birds in the sky and stitches them into an abstract composition. The results capture the energy of flight, whether in the chaotic squiggles that result when birds dive and swoop, or the smooth, even undulations of flapping and gliding. The works may not be moving pictures, but they have movement. “I don’t want to show a bird flying,” he says. “I want to show a flight.”

Bou hopes children will take away that a key to creativity is making associations that aren’t always obvious and seeing subjects from another point of view. Adults may gain a new perspective from the symphony’s project as well. “For people who already love birds and are interested in birds, I’m hoping that they come and find a closer connection to classical music,” Wolkowicz says. “And for those who absolutely love classical music, I hope they’ll find a closer connection to birds.”

That includes Yaniv Dinur, the orchestra’s music director, who says the program has changed the way he thinks about the pieces he is conducting. “Now,” he says, “for the first time when I conduct it, I think, ‘Okay, ah, this is flapping and gliding.’ ”

This story originally ran in the Spring 2021 issue as “Flight Forms.”​ To receive our print magazine, become a member by making a donation today.