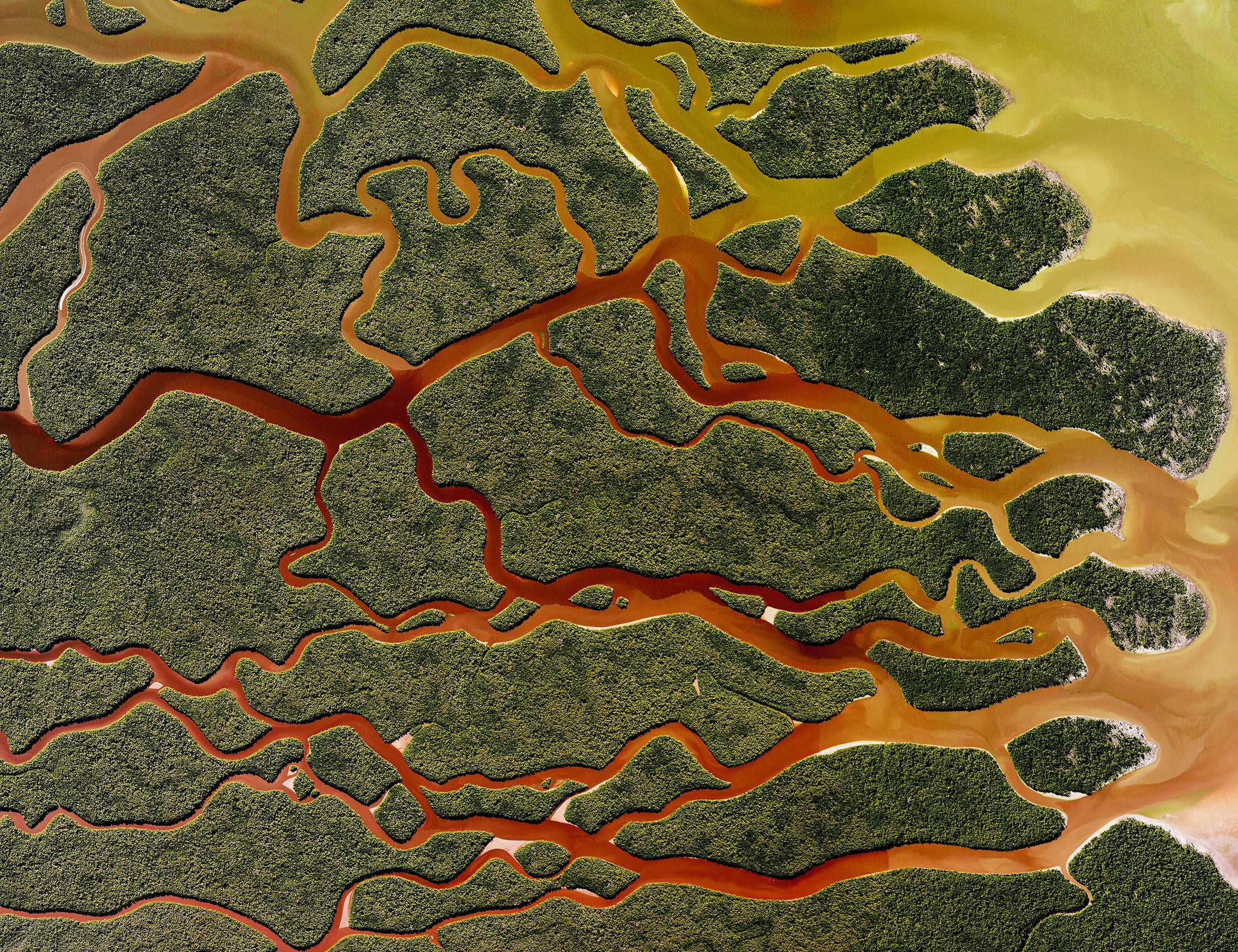 At the mouth of the Shark River in the southern edge of the Florida Everglades, an incoming tide from the Gulf of Mexico mixes with tannin-stained estuary water. Photo: Daily Overview/Satellite images (c) 2016, DigitalGlobe, Inc.

Legacy Florida Brings Money Back to the Everglades (Where It Belongs)

A new act ensures 20 years of funding to restore the imperiled River of Grass.

Deliveries to the Everglades are unpredictable. Its inflows of water change with the weather and money for restoration with the whims of state legislators. To protect both people and wildlife, it desperately needs both. After decades of development, the Everglades has been reduced to half its original size, diminishing its capacity to absorb heavy rainfall and prevent flooding that imperils communities and habitat.

Two years ago Floridians had finally had enough. More than four million residents—75 percent of voters—backed a ballot initiative to amend the state constitution. Amendment 1 committed one-third of revenues from an existing real estate tax to buying and restoring land for conservation purposes, including protecting the Everglades. It was a heartening victory for Florida’s Audubon chapters, which led the get-out-the-vote effort.

Except, when the 2015–2016 state legislative session opened, the conservation funding didn’t add up. According to a lawsuit filed by environmental groups last spring, more than $237 million of the $740 million set aside by Amendment 1 paid for existing private-land programs, equipment, infrastructure, and salaries.

So Amendment 1’s supporters looked for a way to guarantee money for the new restoration projects that voters had overwhelmingly supported. The solution? Legacy Florida, a bill introduced at the end of 2015. It commits 25 percent of Amendment 1 revenues (or at least $200 million annually) to Everglades restoration until 2035. In committee, lawmakers added further funding to conserve freshwater springs and Lake Apopka, which boasts both more bird species and more pollution than any Florida lake. In April, Governor Rick Scott signed the bill into law.

This year Legacy Florida money will clean water from polluted Lake Okeechobee and treat agricultural runoff flowing into the lake. Audubon Florida, which pushed to get the act passed, wants to see future funds deliver that water straight to the Everglades. “It’s really urgent that we get fresh water down into Everglades National Park,” says executive director Eric Draper. “The birds that we’ve worked to protect down there need those freshwater wetlands.”