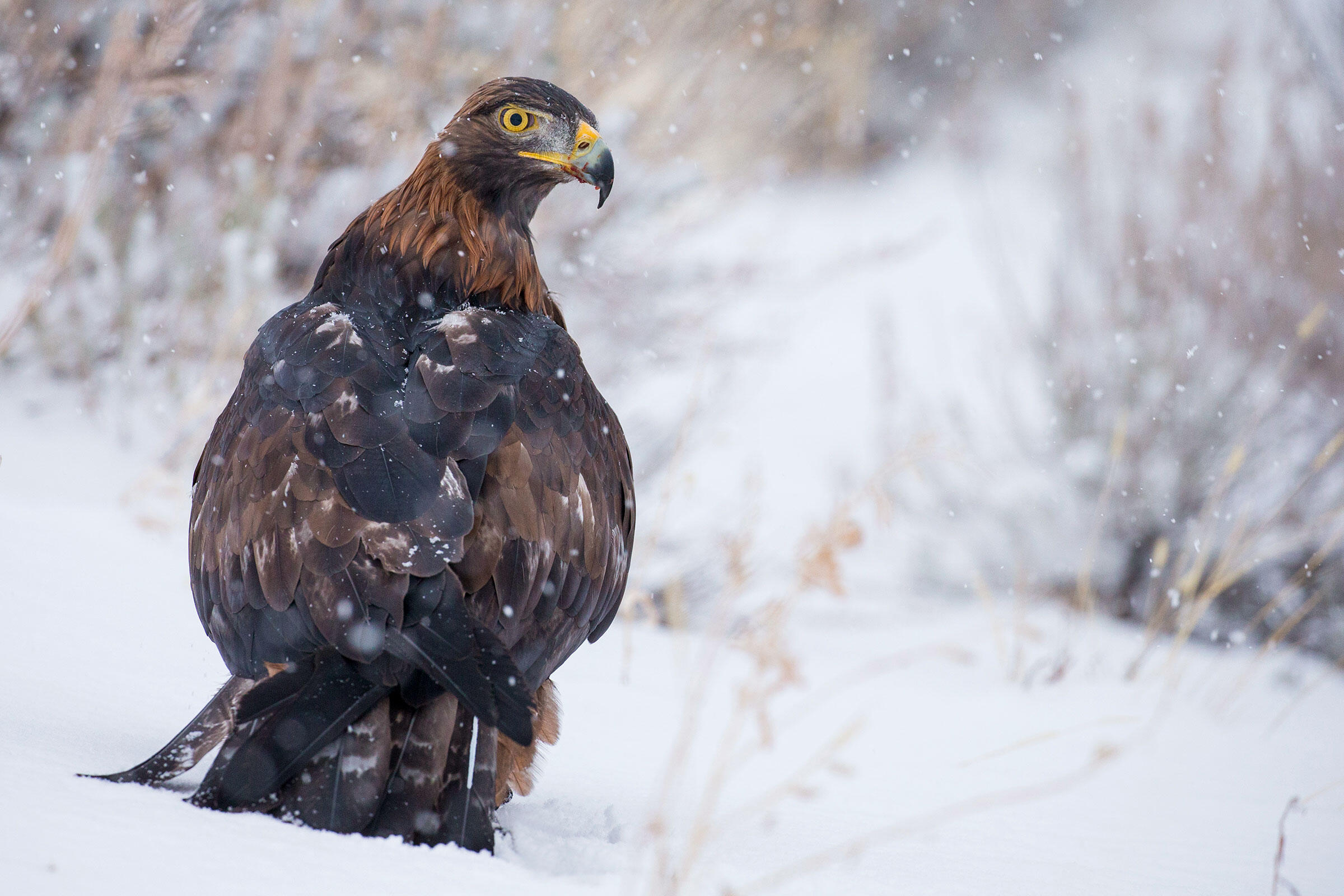 How (and How Not) to Photograph a Golden Eagle

Goldens make for gorgeous subjects—if you follow these ethical guidelines.

Golden Eagles are among the most magnificent raptors in the world, making them irresistible subjects for photographers. However, they're also challenging, being rather sensitive to human activity. Anyone who aspires to photograph Goldens needs to plan ahead and take special precautions to avoid disturbing the birds, both for basic ethical reasons and because harming or harassing the species can come with stiff penalties, thanks to both the Migratory Bird Treaty Act and the Bald and Golden Eagle Protection Act.

First, here's what not to do.

Goldens are more sensitive to human disturbance near the nest than Bald Eagles—despite the similarity in name, the two species are not close relatives, and there are major differences in their behavior. Several studies have shown that human activity nearby might reduce the likelihood that young will fledge successfully, and even a brief visit by humans can increase the chance that an eagle pair will move to a different site the following year. It’s therefore best not to try to photograph these birds at the nest at all, unless you happen to be working with a researcher who has a hidden blind set up at a distance.

Extreme close-ups are almost impossible to get in the wild, and even attempting them will cause disturbance to the eagles. If you want close-up portraits, find a wildlife rehab center that has a Golden as a rescue or education bird, and ask if you can photograph it. (And remember that these centers can always use financial donations.) Or find a falconer who flies one of these big birds, and make arrangements to tag along.

One factor adding to the challenge of shooting Golden Eagles in the wild is that unlike Bald Eagles, which may concentrate near food sources such as fish kills or spawning runs, Goldens almost never gather in numbers at a feeding site. (Instead, they prey mainly on small to medium-size mammals, such as ground squirrels and rabbits, which are widely dispersed over the landscape.) They will feed on carrion, and in some cases it might be possible to set up a blind near a fresh kill and hope for them to arrive, but deliberately baiting them would be ethically questionable and not likely to succeed.

Having said all that, it is possible to ethically photograph Golden Eagles in the wild, from a respectful distance. In open country of the West, Golden Eagles sometimes perch near back roads. If one is perched on a power pole (or better yet, a picturesque dead tree or exposed rock) along the road, you can stop your vehicle and take photos out the window. (If the eagle flushes and flies away, you haven’t ruined its life. But if it lands on another perch and you inch up to it again, then you’re starting to harass the bird, and it’s time to back off.)

Migrating birds of prey often follow ridges where they can ride updrafts, and at some sites in the northern Rockies, substantial numbers of Golden Eagles take part in the flight. With some scouting you may find sites where, with a long lens, you can capture good images of eagles in the air. No two hawkwatch sites are the same, and you’ll want to find your ideal combination of lighting, proximity of the birds, and background. If the eagles are overhead, of course they’ll be against the sky. But in areas where the birds pass along ridges, it's also possible to capture a shot of a Golden flying at eye level or below, with the mountain as your backdrop—which may be enough to convince you that more distant shots, featuring wild Goldens as an integral part of the wilderness, aren't just the most ethical images, but also the most compelling.

Audubon is a nonprofit, and stories like this are made possible by readers like you. To support our work, please make a donation today. 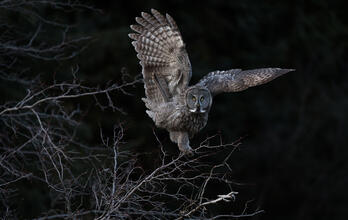