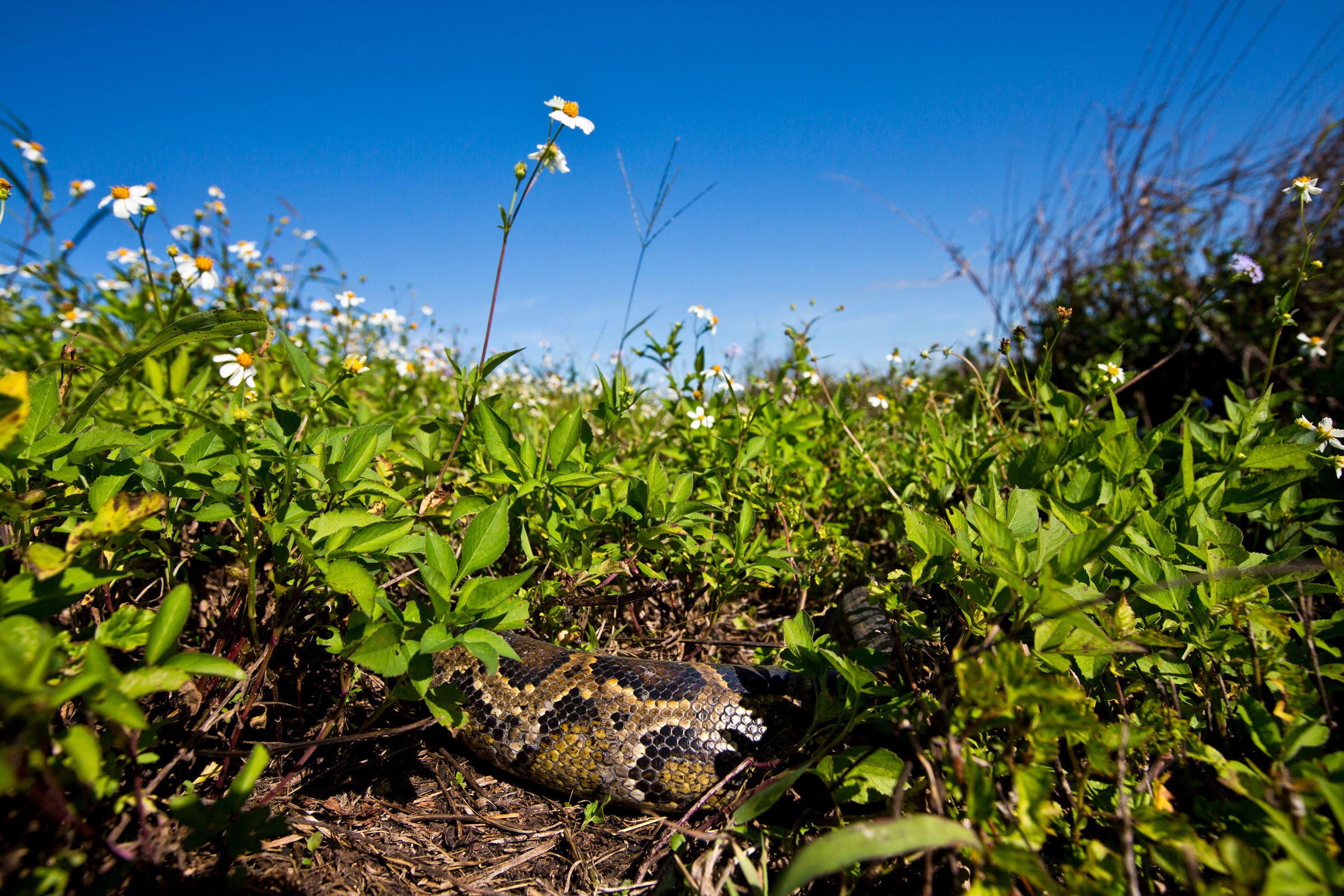 A Burmese python shows off its camouflage among the grasses of Everglades National Park in Florida. Photo: Karine Aigner

When Problems Present, So Do New Opportunities to Help Birds

While we can't predict every unintended consequence, we know enough to head them off. 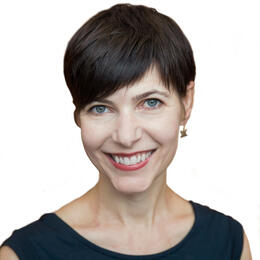 Of the many menaces to the state of Florida—red tide, sea level rise, supercharged storms—perhaps none looms quite so large as the Burmese pythons slithering through its swampland. Up to 18 feet long and able to swallow multiple Great Blue Herons in one fell swoop, even they, as Chris Sweeney discovers in “Invasive Reptiles Are Taking Over Florida—and Devouring Its Birds Along the Way,” are merely one monster in a cast of sci-fi-worthy reptiles now threatening Florida’s rich avian life.

No one knows exactly how these creatures became established in the Sunshine State (although we have a pretty good idea). But we are coming to understand the unintended consequences of their invasion. At the heart of this offbeat narrative is a serious scientific question: Is it possible to stop them from wiping out bird populations entirely?

It’s a situation authorities on the island of Guam grasped too late. The story of the brown tree snake, as Eric Wagner writes in “Are Starlings the Key to Making Guam's Forest Sing Again?,” is now a “classic in the annals of ecological invasion.” Today scientists are attempting to reestablish some of the 13 bird species that the voracious snake has rendered extinct in Guam’s wild.

Alaska’s landscape, with no reptiles to speak of, reflects the opposite extreme, and it faces the unintended consequences of a different kind: human development. What’s at stake if more ships ply previously ice-choked waters? If a road cuts through an ecologically unique wilderness area? Or if companies drill oil wells and build pipelines in a wildlife refuge—already experiencing the stresses of climate change—used by 200 species of birds migrating from 50 states and 6 continents? We explore all of these questions and some of the solutions as well.

As one scientist said when we first began investigating the python problem, “Nothing’s going to happen until the birders take up the cause.” While that may be true for tightening the loopholes on the pet trade, it’s just as true for stopping destruction of fragile northern ecosystems. With this issue, we hope to present the threats and opportunities. We hope to fire up the binocular-wielding base.

This story originally ran in the Winter 2018 issue as “Of Snakes and Men.” To receive our print magazine, become a member by making a donation today.