Stuck inside her Brooklyn apartment in the early days of the COVID-19 pandemic, artist Mayuko Fujino had one connection to the outside world: a single window that looked out on a neighbor’s yard. It was March, then April, and Fujino thought it was about time to see an American Robin. She spotted sparrows, pigeons, cardinals—but none of the robins that usually appear in spring.

“Up until that point, whenever I would go birdwatching, robins are everywhere,” Fujino said. “It’s such an ordinary bird to see, a common bird to see, that I didn’t really appreciate it.”

Later, when she learned that American Robins are among the hundreds of climate-threatened bird species, Fujino came to consider that two-month period as a glimpse into what a warmer world might look like. “That lockdown was temporary, but I can sort of imagine what it’s like to lose what we take for granted right now,” she says.

The realization inspired her joyful stencil of the songbirds in flight. “There was one time that a group of robins were flying over my head and I saw the red chest, the orange, and I thought it was a little bit like autumn leaves flying in the wind,” Fujino said. “That left some impression on me.”

She sourced the autumnal colors near her Hudson Valley home, where she moved after being priced out of New York City housing; to lower her carbon and environmental footprint, she's building a tiny house that uses a composting toilet. She makes nontoxic pigments from natural substances like rocks and plants—a practice influenced by the outdoor ethics system Leave No Trace—and uses biodegradable paper and egg yolk as a binder. “I want the artwork to have a life,” Fujino says. “I want it to live with somebody, and then I want it to leave no trace behind when that somebody is gone.” 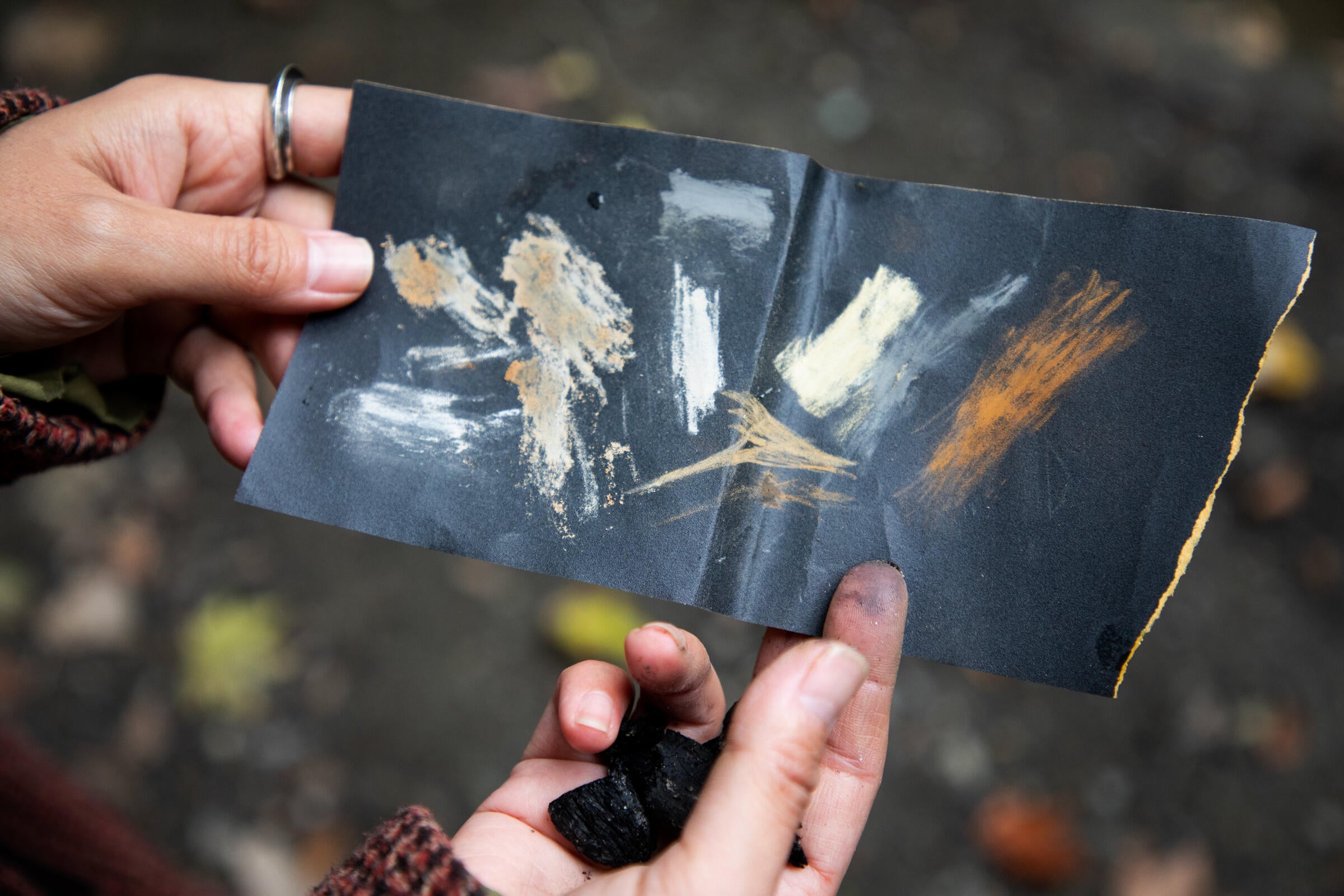 Fujino uses rough sandpaper to get a sense of the pigments from the rocks she collects for her work. Photo: Luke Franke/Audubon 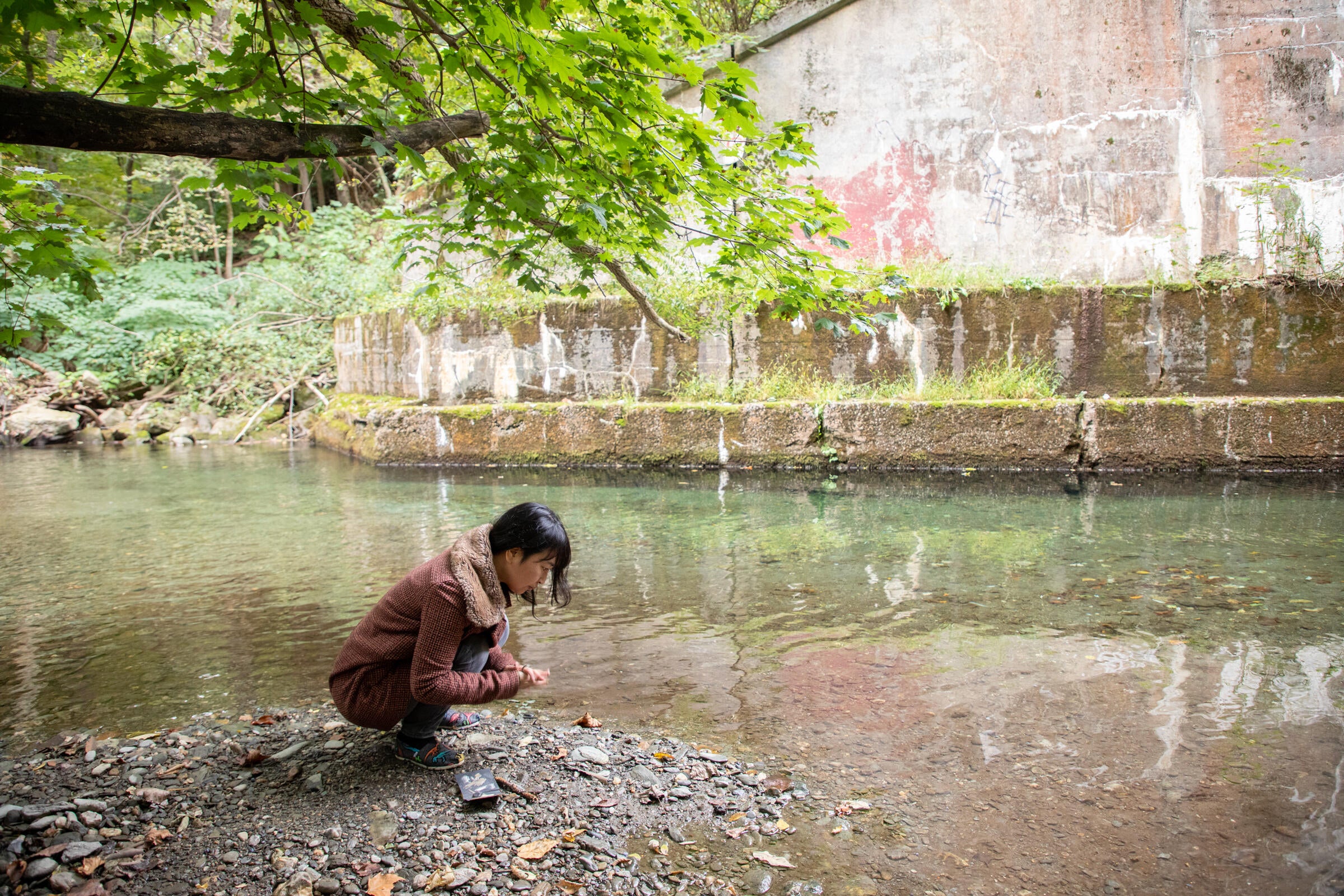 Fujino searches a stream near her home for rocks and other materials to use in her creations. Photo: Luke Franke/Audubon 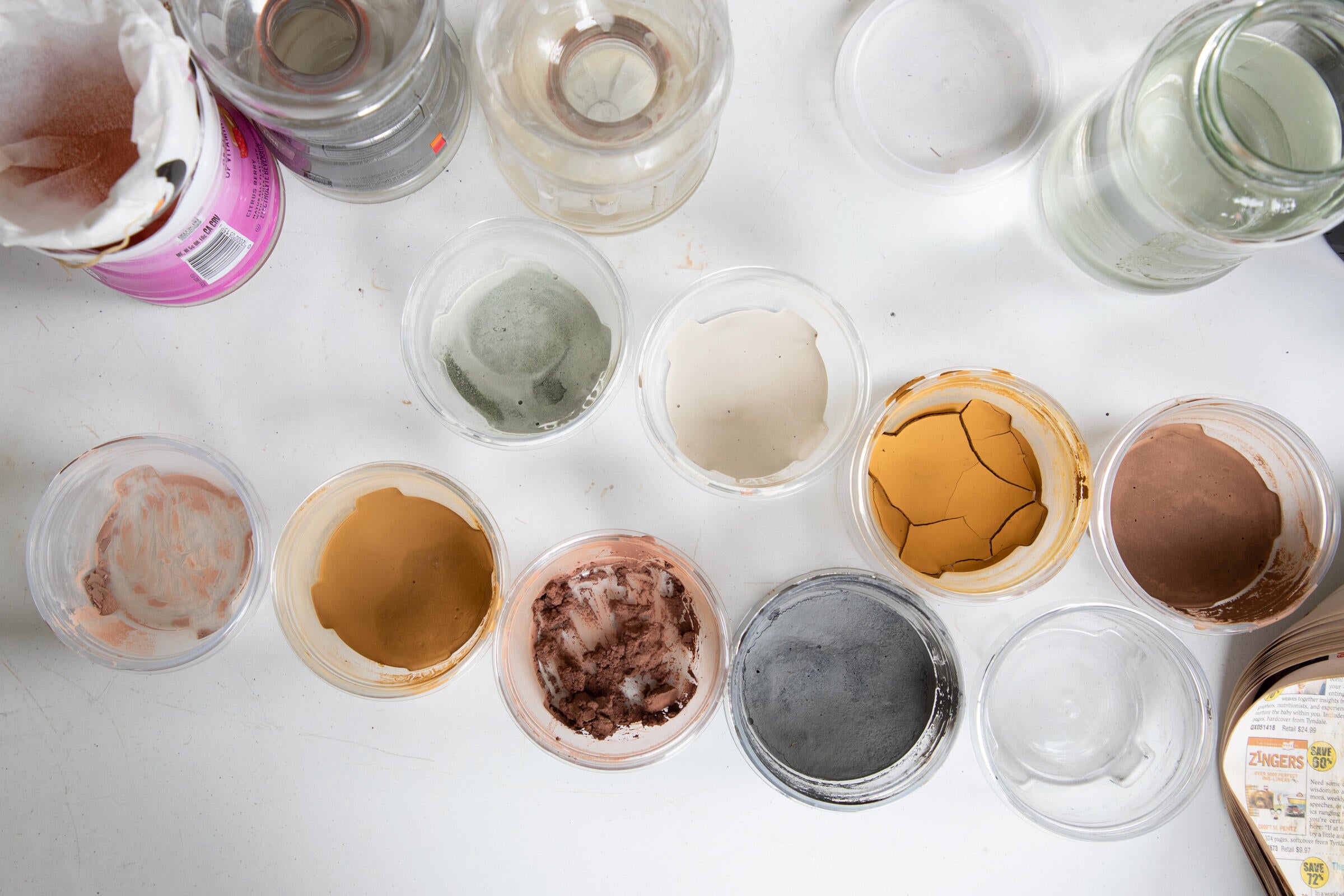 Fujino crushes the rocks, filters them, and grinds them again until she has a fine powder. Photo: Luke Franke/Audubon 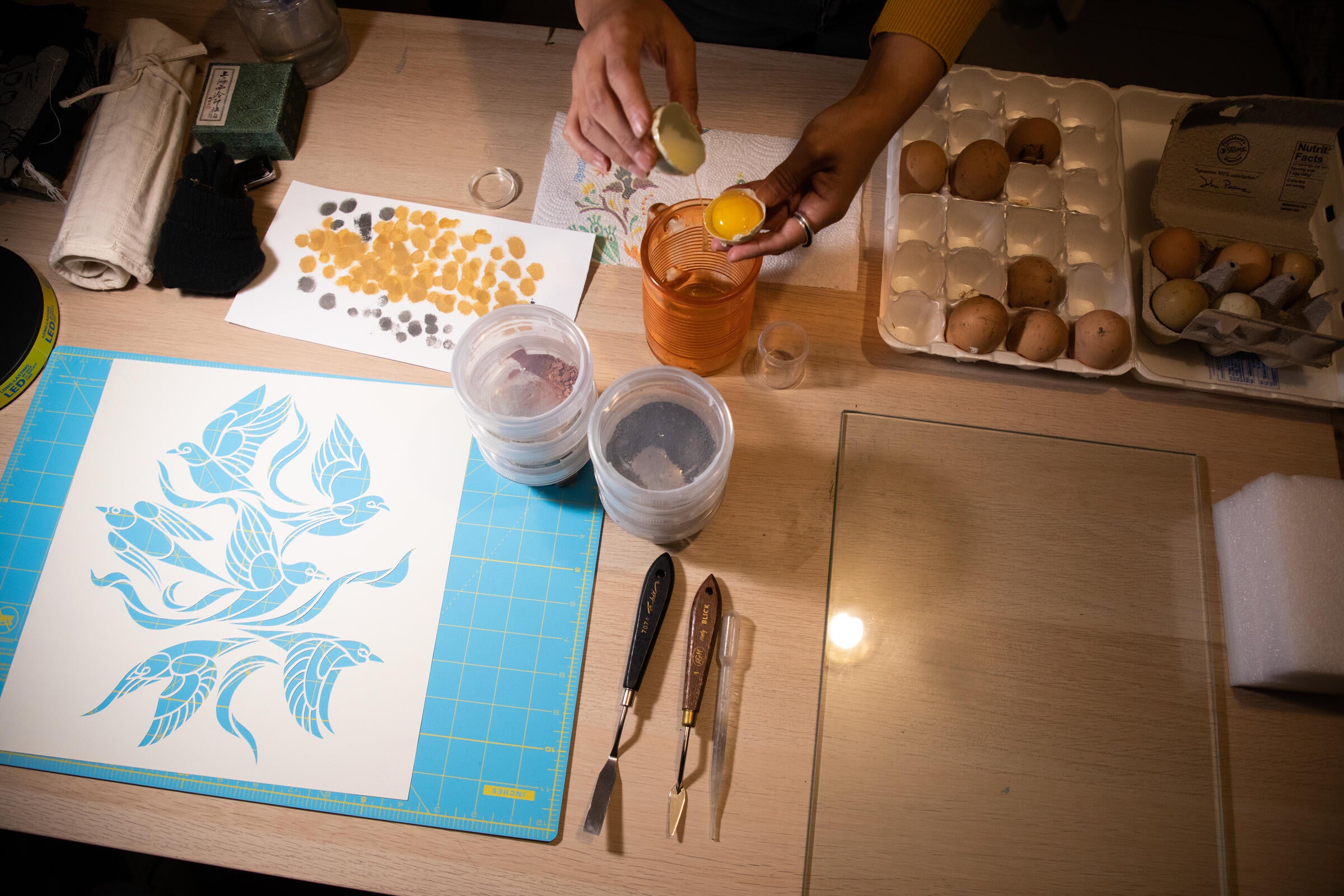 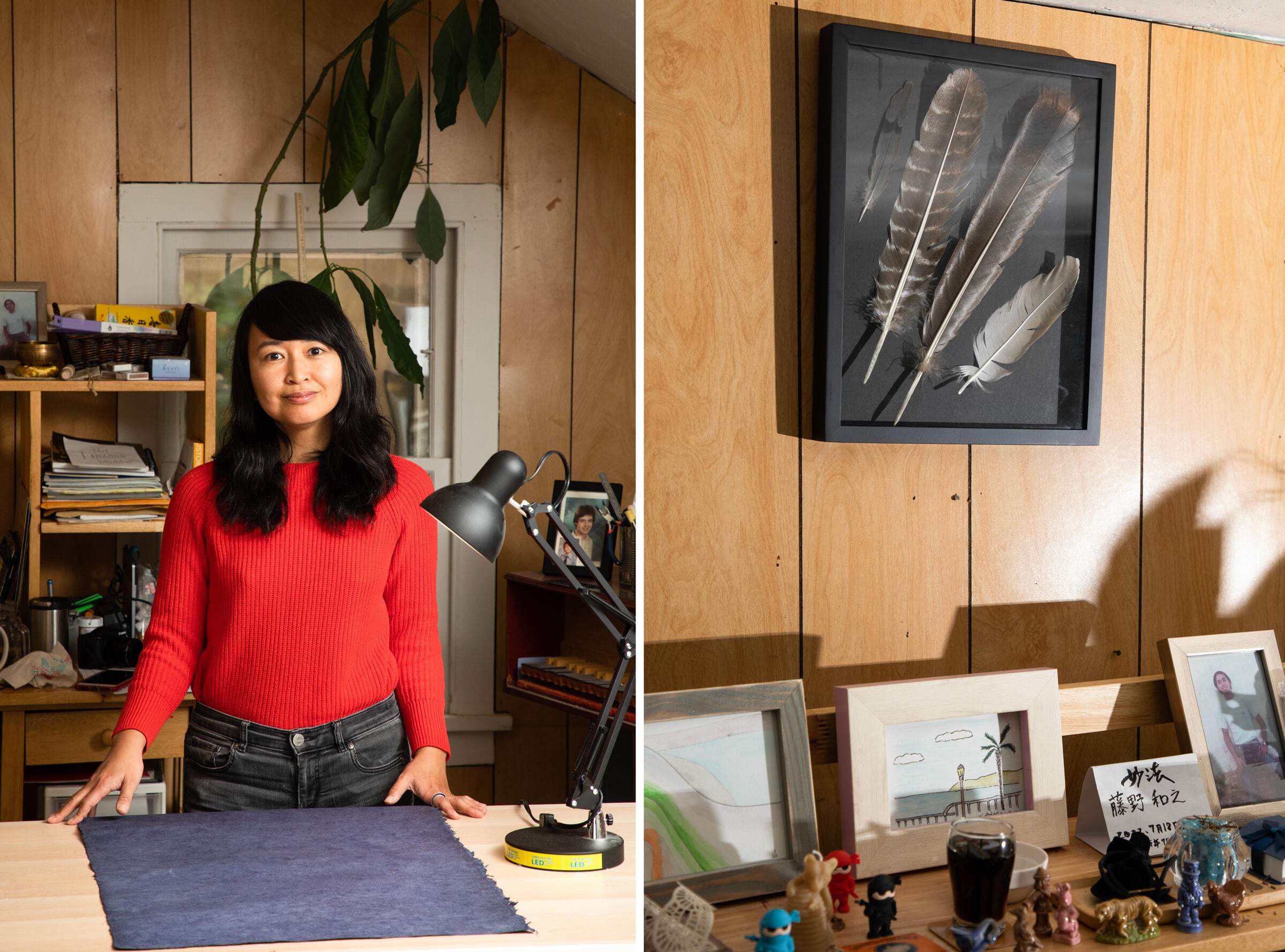 Fujino in her studio, filled with mementos from home and other sources of inspiration. Photos: Luke Franke/Audubon

This piece originally ran in the Winter 2022 issue. To receive our print magazine, become a member by making a donation today.