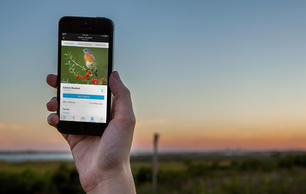 If you've never seen a Pine Siskin, this is your year. In the past month, the birds have invaded the United States in search of food, inundating backyard feeders across the country. Without question, it's one of the biggest irruption years in recorded history for the finches.

Brown and heavily striped with a flash of bright yellow on their wings and tails, Pine Siskins are typically found in abundance across Canada, and to a lesser extent in the U.S., in northern states and higher elevations of the west and northeast, as well as parts of Mexico. This year, though, they are everywhere in-between.

As with a handful of other northern species, Pine Siskins can irrupt southward in years when there is a shortage of food in their home range. This year, a meager supply of conifer seeds across Canada's boreal forest has caused the birds to push south in mind-boggling numbers. Nick Lund, aka The Birdist, perfectly summed up on Twitter earlier this week what many birders across the country are experiencing.

weird how every bird on Earth is now a Pine Siskin

This year's irruption is so strong, in fact, that Pine Siskins have also been recorded migrating at night—something highly unusual for the species and that has only been observed once before, during the last major irruption a decade ago. Ryan Mandelbuam provided a recap of this rare phenomenon over at the Finch Forecast Network:

"Passerine birds like warblers and sparrows typically migrate at night, but ornithologists consider Pine Siskins to be exclusively diurnal, or daytime migrants. However, from October 10 to October 16, 2008, scientists Michael Watson, Jeffrey Wells, and Ryan Bavis recorded 190 Pine Siskins migrating at three sites near Gardiner, Maine for the first time in published history. This year, Spahr’s recording station in Middlesex County, Massachusetts once again picked up the flight calls of Pine Siskins migrating from 11pm until dawn, totaling several hundred birds."

So, where can you see a siskin if you haven't already? Anywhere it seems.

So, where can you see a siskin if you haven't already? Anywhere it seems. Looking at the map for recent eBird sighings of the birds, you'll see there isn't a single region the birds haven't been spotted, including around the Gulf of Mexico. A couple small flocks have even made it to Bermuda, where they are an extremely rare visitor. If you have an eBird account, find the closest and most recent sighting (lucky you if that's Bermuda), grab your binoculars, and give it a go.

Or you could try a little ole-fashioned birding. Pine Siskins feed on the seeds of a variety of trees and flowering plants, so stopping by a few of your local parks or preserves will likely turn up some birds. Keep an eye out for a flock of finches frantically feeding as if they might never eat again.

Of course, if you want to make things easy and entertaining, siskins are not shy and will happily show up in droves to feeders with nyjer and sunflower seeds. If you go this route, just be prepared to have your feeders overrun by the birds. Here's how Chad Witko, an outreach biologist with Audubon's Migratory Bird Initiative, described the scene at his home in Vermont earlier this week.

"Over the last several days, we went from 2 to 12 to 50+ just this morning," he wrote in Audubon's Slack on Tuesday. "Interesting to watch how aggressive the siskins are at the feeders, quickly becoming the dominant species (too bad House Sparrows)." In the days after his initial post, the flock grew to 70-100 birds, Witko reports, though those numbers have come down since.

A scroll through Twitter finds much more of the same, with backyard birders sharing videos and photos of similiar scenes from around the country.

A #pinesiskin photobombed my photo of the pine siskins at the feeder this morning. 😂 pic.twitter.com/wjAH3lbR8V

The scale of this year's Pine Siskin irruption comes as a bit of a surprise. For this season's Winter Finch Forecast, Tyler Hoar, who recently took over the forecast from creator Ron Pittaway, projected that the "siskins likely will remain concentrated in Western Canada with its heavy spruce cone crops for the winter. The smaller numbers remaining in the eastern boreal forest should move southward looking for food."

Hoar did predict the likely irruptions of other finch species, including Evening Grosbeak and Common Redpolls, and those have proven out. A redpoll has even been reported as far south as New Mexico, which is highly unusual for this bird of the far north. Purple Finches and Red-breasted Nuthatches are also having a notable irruption year and are being seen in high numbers across the country. So keep an eye out for all of these birds while they're here, and in the meantime, let us hope the siskins decide to leave peacefully whenever they do. For now, though, it's their country. 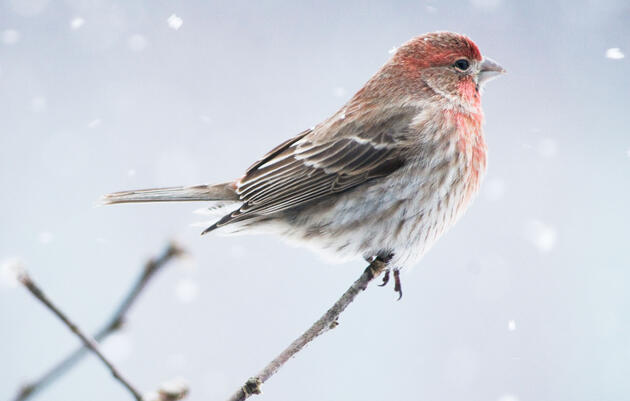 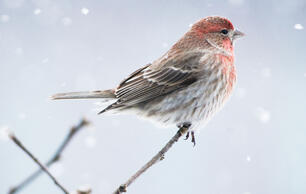 House Finch or Purple Finch? Here's How to Tell Them Apart

Some clues to help distinguish between these two often-confused finches. 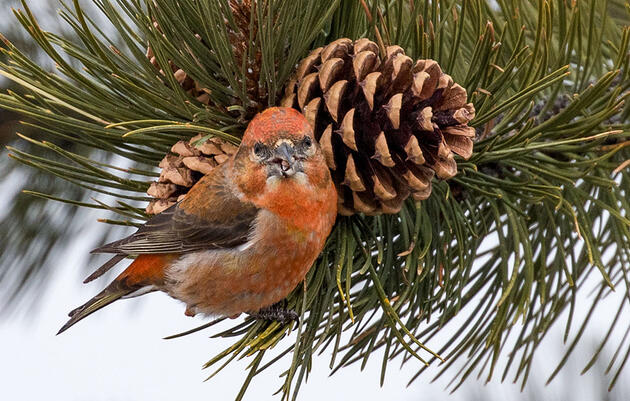 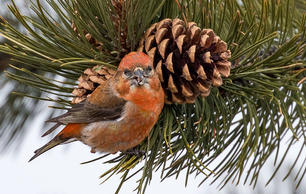 Ron Pittaway might be retiring, but fear not, finch fans: His collaborator Tyler Hoar will continue the highly anticipated reports. 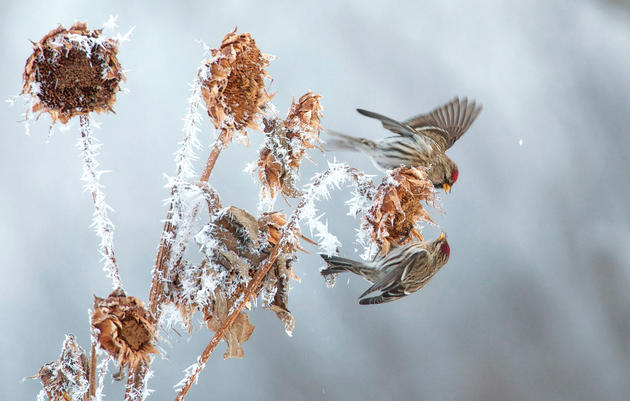 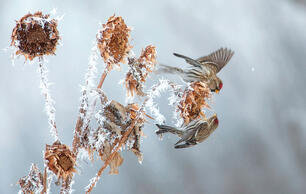 Instead of flying south, these birds hunker down—and eat a lot.