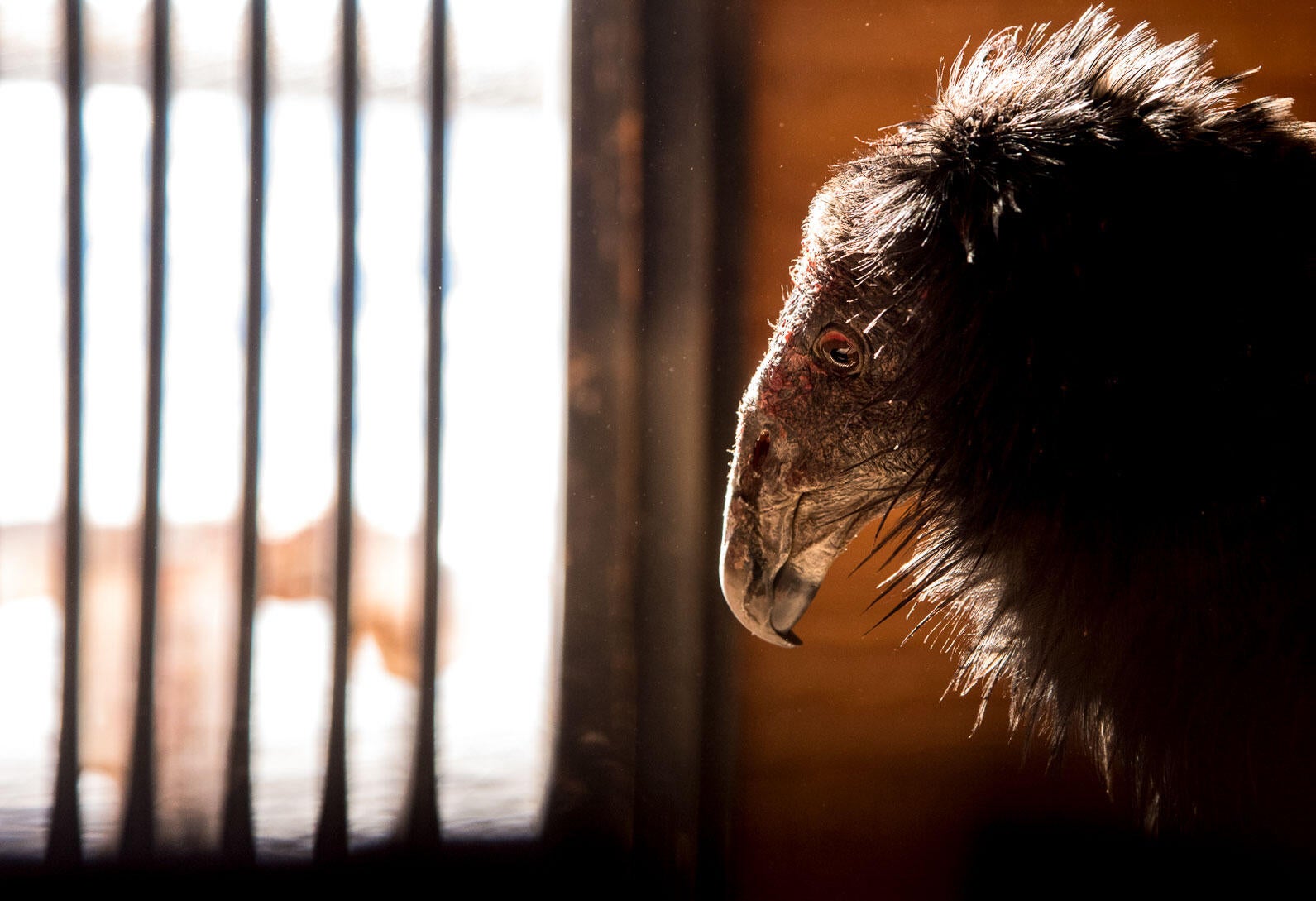 A California Condor awaits transport to a treatment facility in Vermilion Cliffs, AZ, to start a week-long chelation session for lead poisoning. Raptors are especially susceptible, as they often ingest bullet fragments through carrion and discarded meat. Photo: John Sherman

A Hunter’s Plea Against Poisoned Ammunition

In a New York Times op-ed, Jim Minick outlines the many ways lead threatens public safety and the sanctity of birds.

When lead ammunition first flooded the battlefields during the Crimean and Civil Wars the intended targets were enemy soldiers. But in the century and a half since, the list of casualties has expanded to shooting victims, meat eaters, and scavenging birds.

Lead poisoning can result in a cascade of fatal health effects in organisms, big and small; reproductive problems, delayed brain development, and paralysis are just a few examples. In her book Vulture, wildlife rehabber and Mountaineer Audubon president Katie Fallon gives a terrifying description of the damage on birds when they ingest lead fragments in carrion:

Often, a Bald Eagle with lead poisoning cannot stand. Imagine the huge bird: once powerful, dark-brown wings that measure six feet from tip to tip, matted with green deced from where the eagle has fallen down in its own excrement. Imagine its long, yellow, claw-tipped talons balled into useless fists, its white-feathered head drooping down to its chest, its fierce eyes unable to focus.

Reading this book convinced Jim Minick, a professor at Augusta University in Georgia and longtime birder and hunter, that lead bullets are truly a health hazard. In an editorial for the New York Times, published yesterday, Minick discusses how shooting toxic materials into the environment puts him in conflict with conservation ethics:

In many ways, hunters are the staunchest conservationists. We understand deer populations and forest dynamics. We spend time outside observing. We support wildlife conservation through hundreds of millions of dollars in license fees. So why do we poison the very places and animals we love?

The solution, Minick explains, is two-fold. First, legislators have to phase out lead ammunition like they did with leaded paint and leaded fuel. So far, California is the only government to pass a blanket ban on bullets, thanks in part to Audubon California’s advocacy. The move is particularly beneficial for endangered condors, which have struggled to rebound due to lead shot.

Last February, the U.S. Fish and Wildlife Service issued a ban on lead ammunition and tackle, which threatens loons and other water birds, on all agency-owned lands and waters. A month later, the rule was revoked by new Secretary of the Interior Ryan Zinke.

But the responsibility doesn’t just lie on politicians shoulders: The sporting industry can respond in kind by producing more non-lead options, Minick writes. Metals such as copper and tungsten perform just as well in the field (though they are more expensive).

The fact is, lead should be obsolete. It’s been proven deadly time and again, but its impacts still echo from Flint, Michigan, to Fallon’s wildlife-rehab center in Cheat Lake, West Virginia. In Minick’s words:

In the United States, hunters number over 11 million. We all have a responsibility to protect what we love.

The lead has got to go.

A new study shows that lead poisoning is the leading cause of death for the state's Common Loon population.

Instead of rebooting your backcountry skills every fall, just redirect them from birds to bucks.