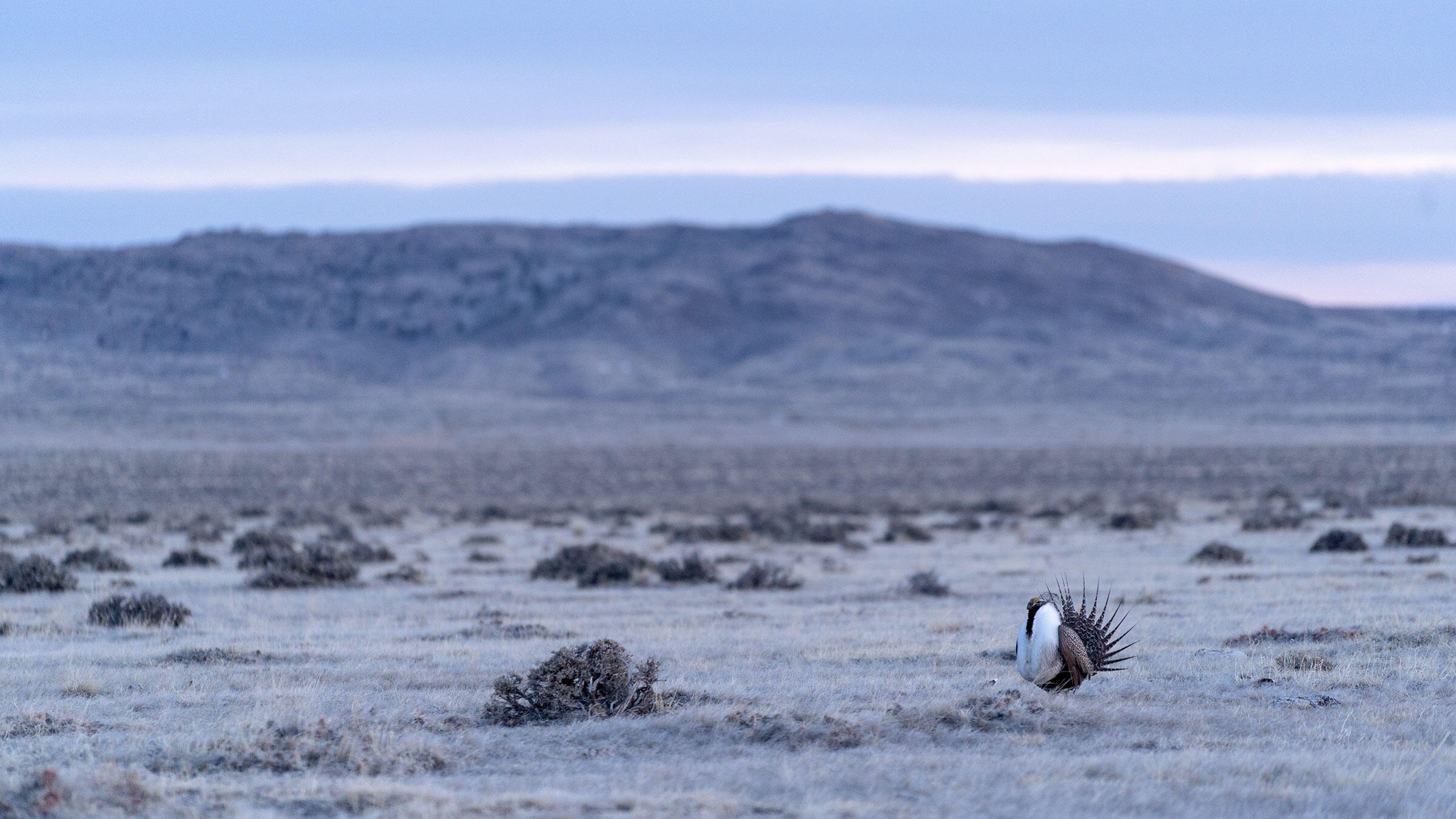 As the coronavirus crisis deepens, conservation groups are calling on the Interior Department to give a distressed public more time to comment on controversial policy changes.

There are new signs each day that the COVID-19 pandemic is fundamentally altering public life in America. Many schools will be closed for the rest of the academic year. Several states have postponed presidential primaries. State and federal courts have put trials on hold.

But the coronavirus crisis is not stopping the U.S. Department of the Interior from pressing ahead on controversial policy initiatives with major consequences for birds and other wildlife. Nor has it delayed the department in selling fossil fuel leases during a severe crude glut with oil prices at their lowest in nearly two decades. In this new and shifting landscape, conservation advocates and policy experts are urging Interior to slow down and give a distracted and distressed public more time to shape decisions that will have lasting impacts on shared natural resources.

“To expect this to be a time when the public could meaningfully focus on and take part in these processes is very unreasonable,” says Nada Culver, vice president of public lands and senior policy counsel for the National Audubon Society. “These are really important decisions that deserve attention and thoughtfulness.”

Asked if Interior is changing its schedule or approach to rulemaking and lease sales in response to the pandemic, Conner Swanson, a deputy press secretary, did not mention any plans to alter those timelines, but said the department is following guidance from the Centers for Disease Control and Prevention and using teleworking and other measures to keep staff safe. “All DOI actions, including comment periods and lease sales, are being evaluated on a case-by-case basis and adjustments are being made to ensure we are allowing for proper public input, while protecting the health and safety of the public and our employees,” Swanson wrote in an emailed statement to Audubon magazine.

Asked to elaborate on those adjustments, Swanson said fewer than 10 Interior employees were allowed to attend a sale of offshore oil and gas leases in the Gulf of Mexico that the department’s Bureau of Ocean Energy Management livestreamed Wednesday, and they were required to practice social distancing.

But critics of the Trump administration say the sale shouldn’t have been held at all. It generated $93 million in bids—the lowest total from an offshore sale since 2016—and less than 1 percent of the acreage offered was snapped up, Reuters reported.

“It’s effectively a government giveaway to these companies of massive tracts for oil and gas production,” says Jayni Hein, natural resources director with the Institute for Policy Integrity at New York University’s School of Law. Hein noted that the average number of bids per block offered was 1.18, a sign that there was little competition involved. “It would make a lot more sense for the government to just not hold these lease sales,” she says.

Rock-bottom oil prices also haven’t stopped the department’s Bureau of Land Management from moving forward with quarterly lease sales of public lands in the West, including one sale earlier this week and four more scheduled next week. The auctions are happening despite formal protests filed by Audubon and other organizations, who argue that, among other shortcomings, the BLM is failing to steer energy development away from the Greater Sage-Grouse’s most important habitat.

In a related effort, Audubon and other groups sent a formal letter this week to William Perry Pendley, the acting head of the BLM, urging him to extend the public comment period for another major agency action on sage-grouse. Last October, a federal judge issued an injunction halting the Trump administration’s land-use plans that rolled back Obama-era habitat protections for the imperiled chicken-sized birds. In February, BLM issued six draft environmental impact statements intended to address the problems that U.S. District Court Judge B. Lynn Winmill identified in his ruling.

In their letter, the groups contend that BLM should have given the public the typical 90 days to comment on those documents but instead provided only 45 days. Given that already tight timeline, the fallout from the coronavirus demands that the impending April 6 deadline be pushed to May 20, they argue. “In light of the extraordinary efforts underway to respond to the COVID-19 pandemic, we expect that the ability of the public, including our staff and members, to meaningfully participate in this process will be disrupted,” the letter says.

While there's been no announcement yet on that deadline, the U.S. Fish and Wildlife Service, part of Interior, confirmed today that it will not extend a public comment period for another proposal with huge implications for bird populations: the controversial overhaul of the Migratory Bird Treaty Act. Today is the deadline for public comment on both the proposed rule change—which would prevent the government from holding industries and individuals accountable for causing unintentional but predictable bird deaths—and a notice of intent to create a draft environmental impact statement for the proposal. Audubon and other groups had formally requested that the agency extend the public comment period.

These proposals are only a fraction of the significant actions by federal agencies that conservation groups and others are scrambling to respond to while also trying to keep themselves and their families safe. Interior alone has more than 20 public comment periods set to expire in the next month, according to E&E News. More lease sales are set for May and June. “It’s enormously difficult under ordinary circumstances to meet those deadlines,” Hein says. “And these are not ordinary circumstances.”