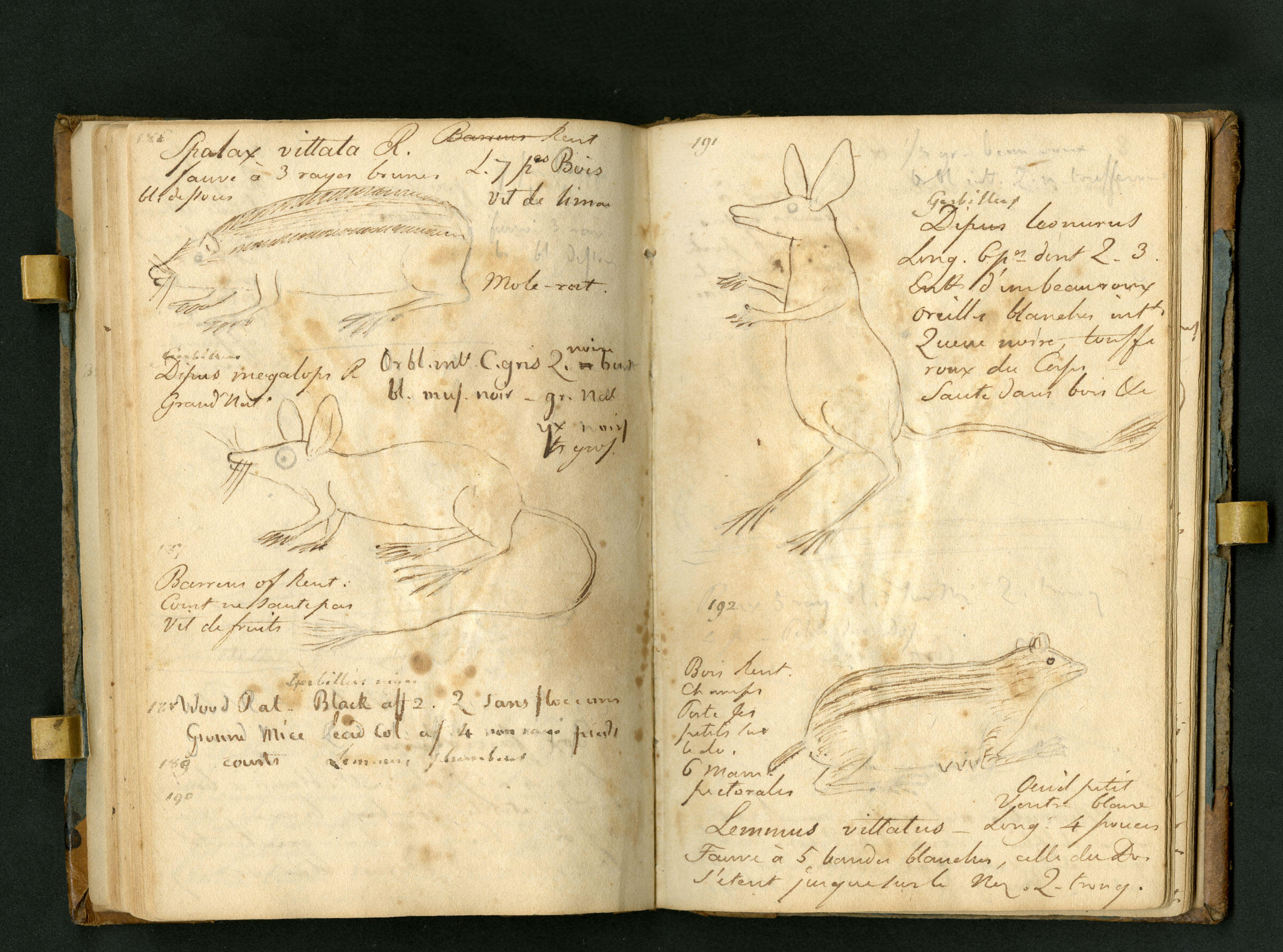 A field entry from 1818 by the naturalist Constantine Samuel Rafinesque. His journal is filled with descriptive lists of all the specimens he collected during his travels in Pennsylvania, Kentucky, New York, and Washington D.C. Little did he know that he was also cataloging fake species invented by his friend John James Audubon. Photo: Smithsonian Institution Archives/Image#SIA2012-6095

John James Audubon was a man of many talents: The rifle-toting naturalist painted 435 North American birds in explicit detail, and was the toast of European society in the 19th century. Today, as we ring in the bird man’s 231st birthday, let’s take a moment to honor not only his gifts as a naturalist and artist, but also his lesser-know—albeit intriguing—sense of humor.

For years, ornithologists have been scratching their heads at some of Audubon’s feathered renditions. It turns out, the joke’s on them. In an attempt to poke fun at his friend and rival, the prolific French naturalist Constantine Rafinesque, Audubon concocted more than a dozen imaginary species and waxed poetic about them. Rafinesque, the trusting soul that he was, drew the species into his field journals. Two-hundred years later, Audubon's trickery may go down as the longest-running jest in bird-nerd history.
Writer Sarah Laskow describes the prank in a recent article in Atlas Obscura:

“Audubon fed Rafinesque descriptions of American creatures, including 11 species of fish that never really existed. Rafinesque duly jotted them down in his notebook and later proffered those descriptions as evidence of new species. For 50 or so years, those 11 fish remained in the scientific record as real species, despite their very unusual features, including bulletproof (!) scales.

By the 1870s, the truth about the fish had been discovered. But the fish were only part of Audubon’s prank. In a new paper in the Archives of Natural History, Neal Woodman, a curator at Smithsonian's natural history museum, details its fuller extent: Audubon also fabricated at least two birds, a ‘trivalved’ brachiopod, three snails, two plants, and nine wild rats, all of which Rafinesque accepted as real.”

Rafinesque wasn’t the only one to fall for Audubon’s deceptive humor: There's been an ongoing debate about some of the species included in Birds of America as well. Last fall, The Birdist—with a little help from David Allen Sibley—explained some of these phantom species for Audubon readers.

“Audubon painted a handful of birds that aren’t an exact match for anything we’ve currently got. These are Audubon’s mystery birds. Maybe they were birds that Audubon just painted poorly, or from a vague memory, or from a partially decomposed corpse.

Maybe they’re species that have gone extinct since Audubon painted them. There certainly are a bunch of those, sadly, including Bachman’s Warbler, Ivory-billed Woodpecker, Passenger Pigeon, and Carolina Parakeet. It’s certainly possible that some already range-restricted species could have been wiped out before conservationists even knew to notice.

Or maybe these birds are still out there somewhere, flitting around unseen.”

But now, thanks to Woodman's detective work, that answer might be much less complex. Give up all you Carbonated Warbler seekers—there's no glory to be found here.