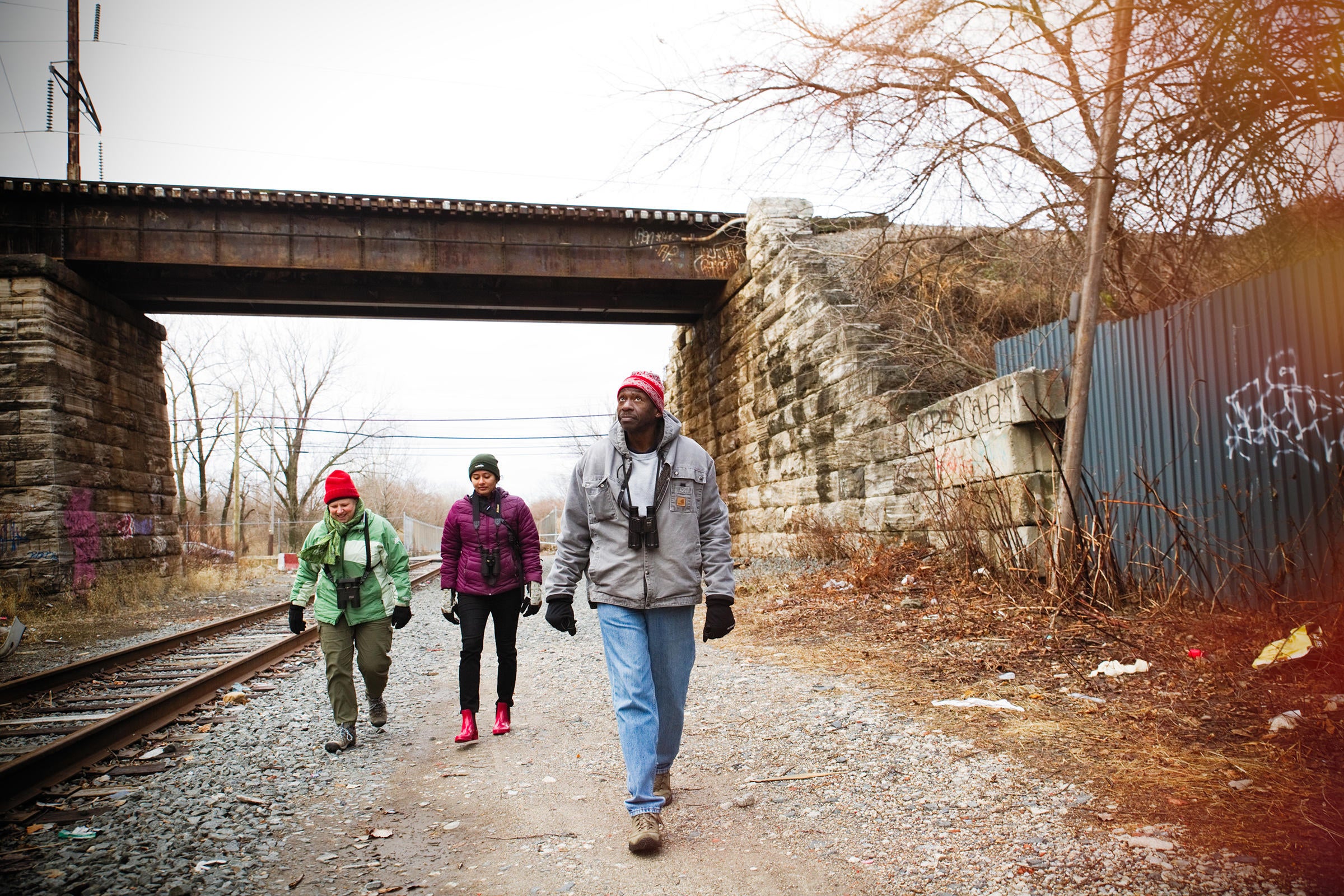 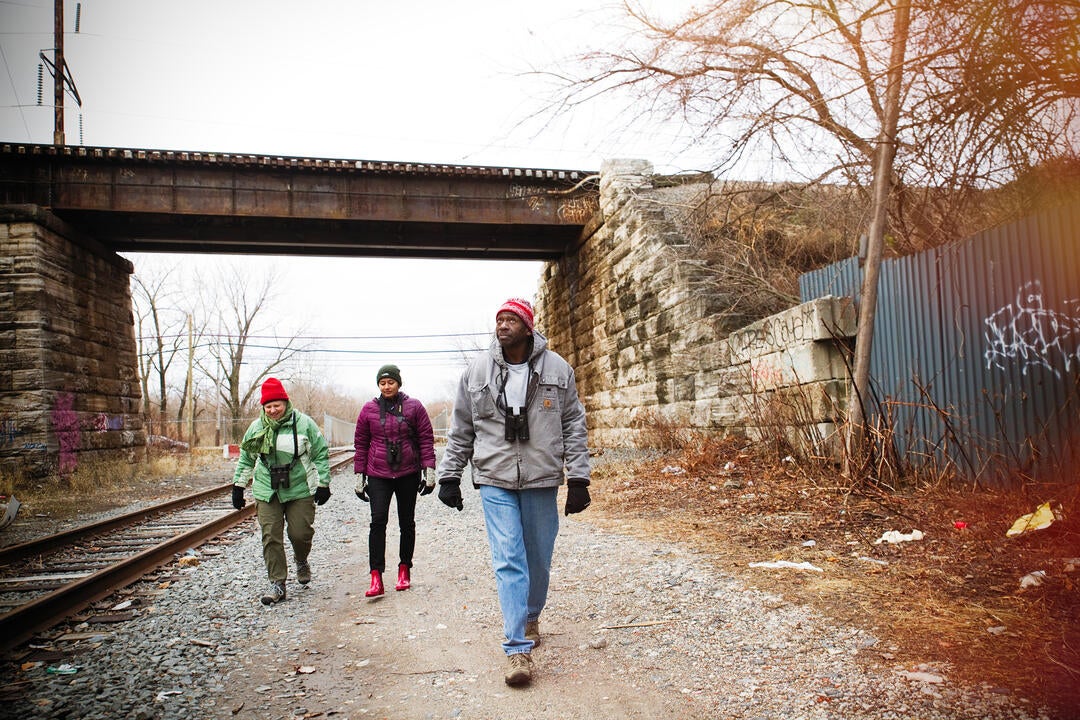 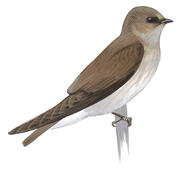 It wasn’t so long ago that Ring-necked Pheasants ruled the Philadelphia shipyards. The ochre, stripe-tailed birds would dart through the ports, bewildering dock workers as they unloaded fruit, coffee, and other Caribbean cargo. The pheasants were also imports of sorts: Back in the 1800s, hunting clubs released the Asian species all across Pennsylvania. By the 1970s, the state population had swelled to millions.

But just three decades later, Ring-necked Pheasants had vanished from Philadelphia. The last time Keith Russell saw one was in 2006, years after he started his winter bird census. Now, he says, people think of the species as a relic of the city’s colorful past.

Pacing along the Navy Yard today, it’s hard to imagine the concrete lots as a playground for pheasants. The SS United States, the largest passenger ship to cruise the Atlantic, sits defunct and rotting against the skyline; traffic hums along on the boulevard, past the Chinese buffets and hulking Ikea. The few birds in sight are Double-crested Cormorants, posed like mannequins on the Delaware River.

The lack of bird life isn’t all too surprising, given the dreadful January weather. After last week’s bomb cyclone, temperatures are finally up in the teens—but with windchill, they may as well be sub-zero. The river is iced over in parts, leaving little space for huddles of ducks. Still, Russell had hoped to log more species; after eight hours of birding, he’s only picked up 21. No finches, no catbirds. Hell, not even a robin.

All told, the Philadelphia Mid-Winter Bird Census isn’t for the weak of heart. Launched by Russell in 1987, it covers every corner of the city—from the cherished Fairmount Park to the neglected South Philly waterfront. Attendance for the survey has grown over the decades: Even in this year’s freeze-out, Russell manages to cobble together 72 volunteers. Some are members of the Delaware Valley Ornithological Club; others are long-time Philadelphians whose “brotherly love” extends to birds. The point is to document what few species these spaces support—or what species are glaringly absent.

If the census sounds a lot like the Christmas Bird Count (CBC), it is. Russell, the program manager for urban conservation at Audubon Pennsylvania, designed it so he could compare city-wide numbers with a national dataset. In fact, the whole point of the census is to plug in the holes from the CBC. The latter is split up in a way that leaves much of Philly unsurveilled. So, for the past 30 years, Russell has scheduled an additional count for the following weekend. “The pure focus is city birds,” Russell says. “We need to know how they use our urban areas all year-round.” That insight can then be shared with officials, residents, and businesses to guide development and habitat restoration.

At 5 a.m., the groups scatter to different locales, tallying any ball of feathers that dare cross their paths. Russell and his neighbor Shawn Towey claim the hard-luck landmarks. “Birders love hitting the glamorous spots. We clean up in the places they don’t want to go to,” Russell says. That includes the Northeast Water Pollution Control Plant, the old Delaware Power Station (where “Twelve Monkeys” was filmed), a garbage depot, an abandoned asylum, the Sugarhouse Casino, and, of course, the Navy Yard.

Growing up as a birder in Philadelphia, Russell’s definition of urban habitat is generous. He’s seen Bald Eagles make a comeback along the industrial Delaware—the first post-DDT nest in the city was found in the Navy Yard in 2007. In 2005 he discovered a renegade group of Northern Rough-winged Swallows at the Northeast plant. The birds typically migrate down to Mexico in fall, but a small flock always stays behind to bask and feast in the facility’s warm, insect-rich waters, forming what may be the northernmost wintering population on the continent, Russell says.

Usually, Russell and Towey have full access to city properties: The managers are tipped off and are later sent a breakdown of the census findings. This year, though, the Navy Yard is less than welcoming. A foreman waits in his van, arms crossed, as Russell packs up his spotting scope and flees one of the piers—and the largest section is blocked off. But Towey is a pro: She sprily slips her car between the cones and drives straight to the river. In this case, she and Russell decide to ask forgiveness, not permission.

Where once there were state-of-the-art warships, the Navy Yard now holds rows and rows of South Korean cars. Hyundai Elantras and Kia Sedonas, still in shrink wrap, fill the 1,200-acre site. Canada Geese muck around in gravel-bottomed pools, but otherwise, there’s little else to look at. The Double-crested Cormorants are of note, at least: They’ve replaced the Great Cormorants that used to dominate the area. Russell chalks this up to climate change; as the Northeast warms, Double-crested Cormorants are expanding their range north, potentially pushing Great Cormorants up, too.

These are the kinds of observations that make a mid-winter survey worthwhile. “Going out and counting birds is our idea of fun,” Phil Whitmer, past president of the Delaware Valley Ornithological Club, says. “The fact that it’s also science—that’s all gravy.” Tougher years will yield fewer than 100 species, but the outcomes are always telling. In 1996, for instance, Russell brought his findings from the East Park Reservoir to the Philadelphia Water Department. Low water levels at the reservoir, which had been decommissioned in the 1970s, were drawing more than a dozen waterfowl species during cold spells. In the end, the site was named an Important Bird Area. A new nature center, run by Audubon Pennsylvania and Outward Bound, is also scheduled to open on its grounds this September. 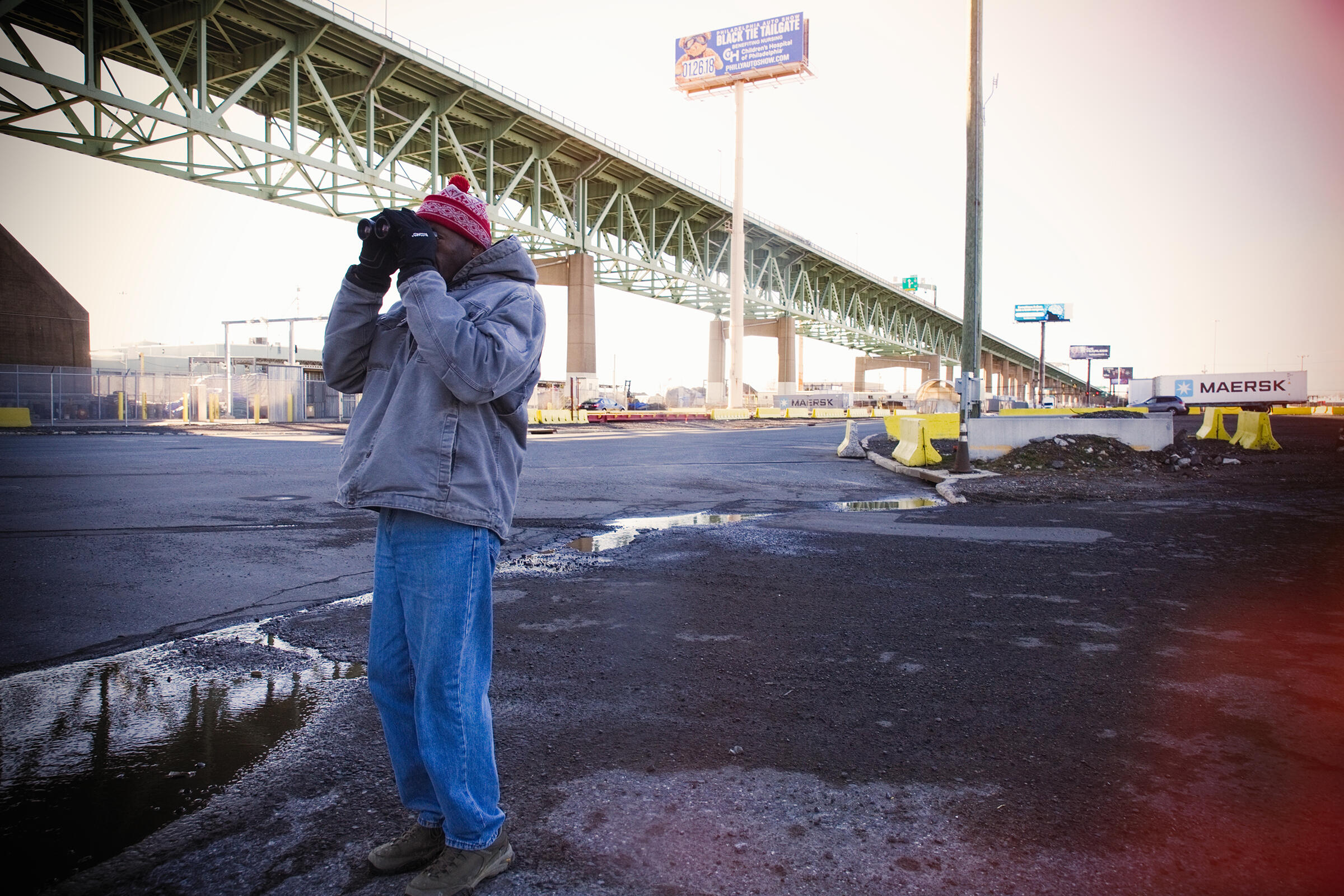 Looking at Northern Pintails and Ruddy Ducks on the piers near the Navy Yard . . . moments before being booted. Photo: Mike Fernandez/Audubon

“Before the census, we didn’t have a way of tracking wildlife at our facilities,” says Debra McCarthy, commissioner of the Philadelphia Water Department. “Sometimes when I was at work late, I’d notice pheasants and other animals. But this a new way of access.” After learning of the swallows and other birds at the Northeast plant, she asked staff members to cut back on mowing. Other locations even put up nest boxes.

On a larger scale, McCarthy says the surveys are a progress report on the city’s environmental ideals. “The end goal [for us] is clean drinking water. But everything is related. If we do a good job, the birds can survive,” she says. Amy Weidensaul, the deputy director of conservation of Audubon Pennsylvania, seconds that. “Being able to share that we have an urban landscape with pockets of important habitat—that strengthens why we do what we do,” she says.

As Russell puts it, Philadelphia treats its birds and bird advocates well. “The word environment doesn’t trigger a negative reaction here,” he says. Part of that may lie in the city’s special role in ornithological history. Whitmer points out that both John James Audubon and Alexander Wilson had homes nearby; plus, the Academy of Natural Sciences, where Russell used to work, has a strong public presence. And with up to 250 local species to be found throughout the year, Philly’s birding community is always crackling with energy.

That energy has kept the census running, through thick and thin, bomb cyclone and blizzards. Having birders come out in the sparsest season, well, that’s the entire point. “Getting a census in the winter gives a sense of whether the city’s habitat is rich enough to sustain species in tough times,” Whitmer says. Those species may be Red-bellied Woodpeckers and Cooper’s Hawks, which are becoming more abundant, as per the count's results. Or it may be the Ring-necked Pheasant, if efforts to reclaim its habitat are ever successful. “There will be losses, but you have to make peace with them,” Russell says as he scans the empty river behind the Sugarhouse Casino. Yet as he and his volunteers prove year after year, the places we think are lost often have the most potential.

Purbita Saha is the associate editor for Audubon. She really likes birds and people who like birds. Look for more of her writing in the Birding and Science sections, or in the front of the magazine.