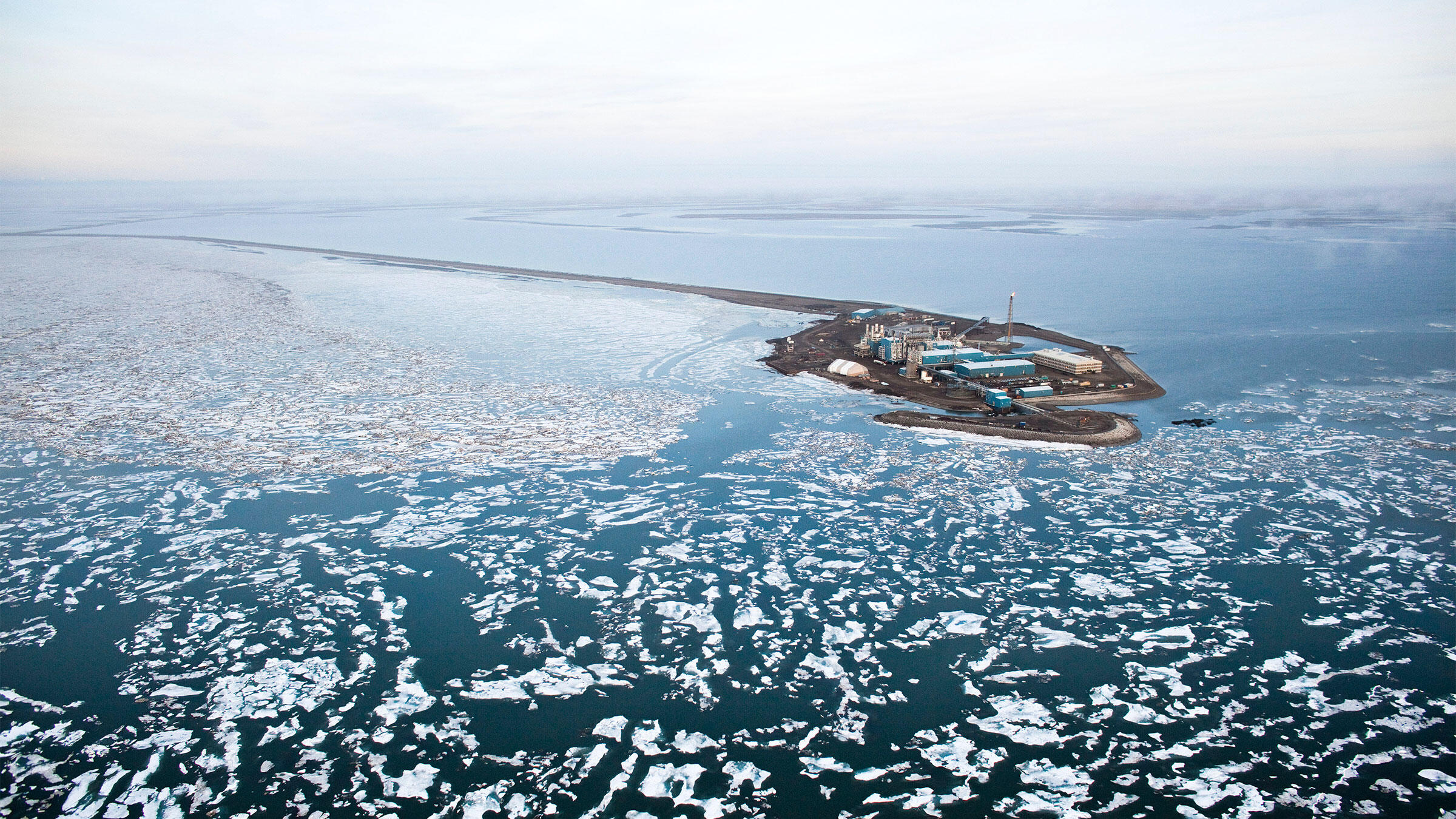 Infrastructure for oil production sits on Endicott Island in Prudhoe Bay, Beaufort Sea, Alaska. Drilling for oil in parts of the Beaufort Sea has been, and still is, legal. Other parts of the Beaufort and Chukchi Seas were declared off-limits by the Obama Administration. Today's Executive Order overturns that decision, opening up the areas for oil exploration. Photo: Design Pics Inc/Alamy

With his first 100 days in office wrapping up, President Trump made his 29th executive order today. The order du jour, signed by the President today, instructs Department of the Interior Secretary Ryan Zinke to begin reviewing the current five-year development plan for offshore oil and gas exploration on the 1.7 billion acres of America's outer continental shelf overseen by the Interior. It also tasks the department with reviewing the regulations and permitting process for development and seismic research. Rolled into the review is the rescinding of Obama's permanent ban on oil and gas drilling for areas of the Arctic and Atlantic Oceans.

Officially known as the Executive Order Implementing an America-First Offshore Energy Strategy, the order also directs Secretary of Commerce Wilbur Ross to refrain from designating any new marine monuments or sanctuaries while conducting a review of all expansions and designations of any maritime or marine national monuments under the Antiquities Act within the last 10 years. Most notably, that would include last year's expansion by President Obama of the Papahānaumokuākea Marine National Monument in the Pacific Ocean, and his designation of the Northeast Canyons and Seamounts Marine National Monument in the Atlantic Ocean, where only recently did Audubon scientists discover Atlantic Puffins overwinter.

According to Zinke, who spoke with reporters on Thursday night, the impetus of these decisions is to re-establish America's position “as a global energy leader and to foster energy security for the benefit of the American people without removing any of the stringent environmental safeguards that are currently in place.”

To further prove his point, Zinke said that revenues in 2008 for offshore oil and gas drilling were roughly $18 billion. “By contrast, leasing revenues in 2016 were about $2.8 billion, so it dropped about $15 billion," he said. "When you have a drop of $15 billion and let's say we have a $12.5 [billion] shortfall in infrastructure and parks, that's the scale of what we dropped."

The reasons for that drop-off are manifold. Among them: an oil and gas boom has lowered market prices, the renewable energy sector has seen a surge in growth and investment, and, of course, President Obama placed many restrictions on offshore oil and gas industry drilling during his tenure, including a compelete ban in parts of the Arctic and Atlantic Ocean. Citing a lesser-known 1953 law called the Outer Continental Shelf Lands Act, Obama used his presidential power during his waning time in office to issue the controversial bans, ensuring vital swaths of wildlife habitat would remain protected.

Earlier in the call, Zinke addressed the distress environmentalists will inevitably have over the review and the lifting of these restrictions. “I understand some of you may have a concern about environmental impact, and that’s a valid concern, a concern the President and I share,” he said. Later, he went on: "In the final days of the previous administration, there were some orders—we are reversing those and putting them in the review . . . All of us should get worried about last-minute actions of any administration.”

As part of the review, Zinke said that he will be looking at all the various options to gain energy independence, and that the federal goverment would put an emphasis on taking into account what individual states want. Along the Atlantic, alternative options could include wind farms. "I talked to a lot of senators on the East Coast," he said. "They're very optimistic about the wind opportunities. I'm very optimistic about the wind opportunities. This five-year plan will look at that as well."

Audubon is a nonprofit, and stories like this are made possible by readers like you. To support our journalism, make a donation today.