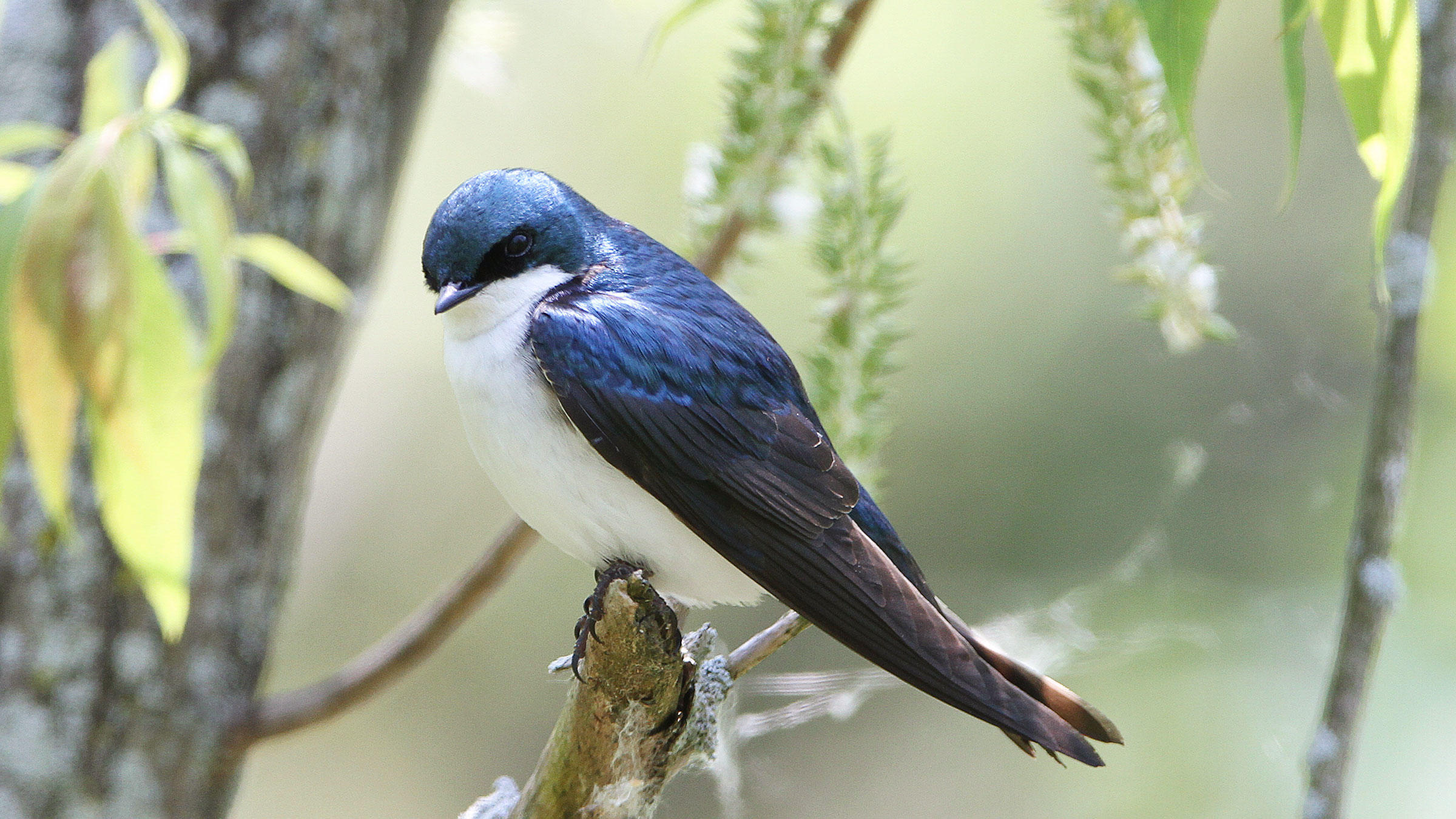 Tree Swallows spend the winter farther north than other related species. But they might start relocating as soon as they're encouraged by mild weather. Photo: Kenn Kaufman

How Different Spring Migrants Decide When to Head North

Will warmer weather bring the birds back early? It all depends on what type of migrators they are. 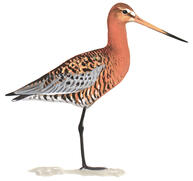 Spring officially started this week, but for many of us it had already begun. Back in February, unseasonably warm temperatures swept over much of North America, buds began opening on trees, and flowers began to bloom weeks early. Naturally, birders began to ask: Will our migratory birds come back earlier, too?

That question doesn’t have a simple yes or no answer because the timing of bird migration is . . . complicated. Every species is slightly different; short-term changes in weather do have an impact, but so do a variety of other innate and environmental factors. Here’s a quick primer on how North American avians schedule their spring journeys to aid in your own birding ventures.

To figure out how migrating birds could be affected by balmy weather, we should start by categorizing them into two groups: obligate and facultative (to use the fancy terms). These labels aren’t ironclad—many birds fall somewhere between these extremes—but the definitions are helpful in understanding what triggers a species’ migration.

For obligate migrants, the timing of travel is dictated by hard-wired instinct. An unusually warm or cool season won’t make them suddenly decide to change their departure dates. They’ll move at about the same time each year, regardless of weather. Meanwhile, facultative migrants are more tuned in to the conditions of the moment. They have a standard timing for their migration, but they might tweak it by days, or even weeks, if the season is chillier or more temperate than usual. They’re flexible.

So how does this work during spring migration? When birds start moving north from their winter homes, the hard-wired, obligate migrants run like clockwork. That includes certain songbirds, raptors, shorebirds, and others that commute between the far north and the deep tropics or temperate southern zone. A Blackburnian Warbler spending the winter in South America or a Wood Thrush wintering in Costa Rica won’t have any way to judge what’s happening up the United States and Canada. Such species may wait for clear skies and favorable winds to launch each stage in their journey, but a major warm spell won’t cue an early arrival.

Meanwhile, most of the flexible, facultative migrants are birds that only move short distances, wintering right in the United States. This allows them to sense local conditions and seize opportunities to move closer to their breeding grounds. Overall weather patterns tend to apply to broad regions, so if the season continues to be warm, facultative birds may gradually move north ahead of schedule. For example, if the weather is mild in late February, a Fox Sparrow in Tennessee might guess that life won’t be too bad a few hundred miles farther up in Ohio. Red-winged Blackbirds, Common Grackles, American Woodcocks, Killdeers, Eastern Phoebes, and even Tree Swallows are other species that may turn up earlier than average during a warm spring. 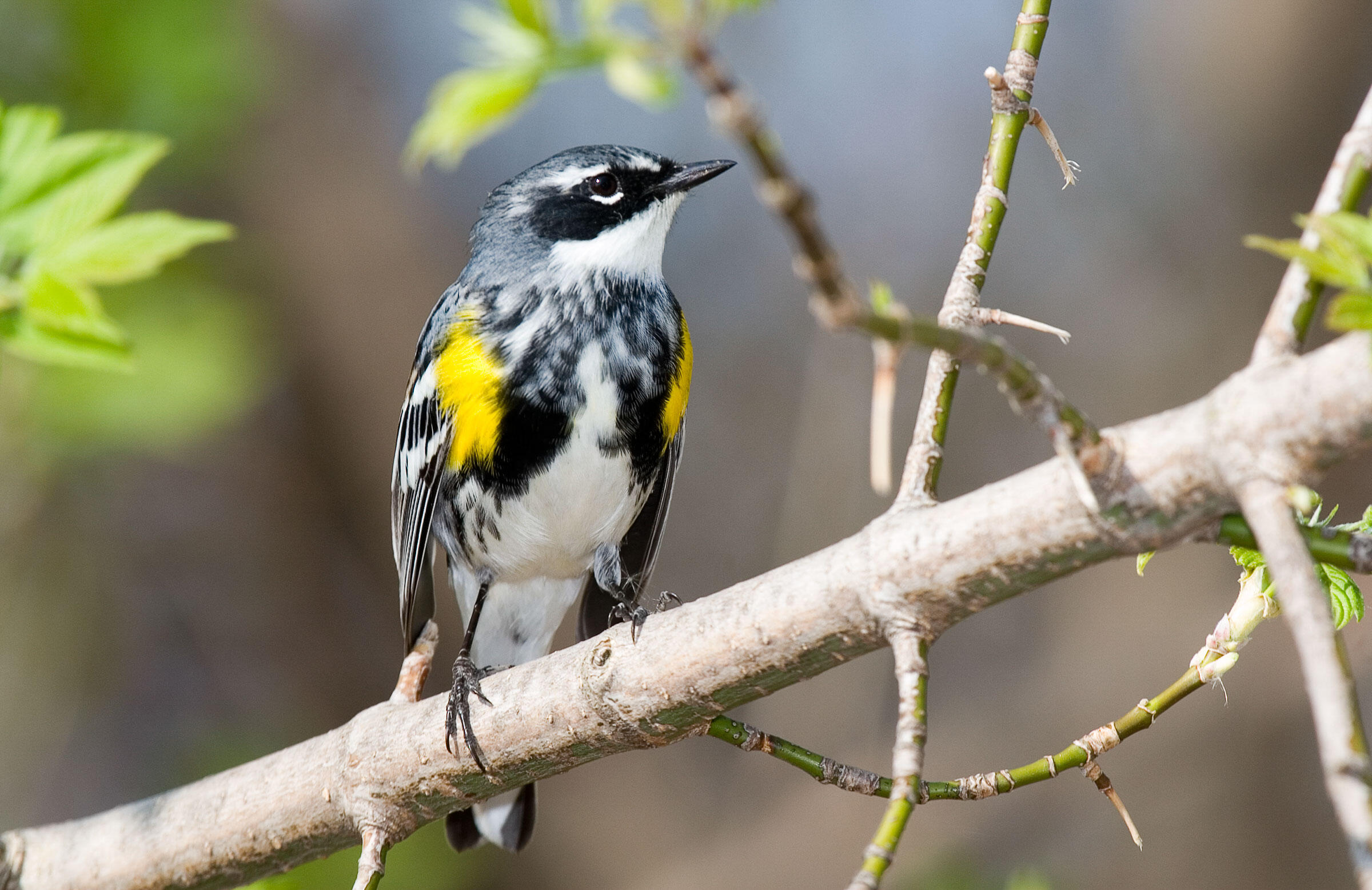 Most parulids winter deep in the tropics, and the timing of their northward migration is dictated by instinct. Yellow-rumped Warblers, however, may be more flexible because they mainly winter in the southern United States. Photo: Kenn Kaufman

<<Don't Forget! Get your yard ready for spring migrants by growing native plants. Just type your zipcode into our handy database to discover which native plants in your area will attract certain types of birds.>>

It’s even easier to understand the difference if we also consider fall migration. Among obligate migrants in North America, Orchard Orioles may start their southward journeys in July, and Yellow Warblers may travel south in August. At that time the weather is still pleasant and food is abundant, so obviously these birds aren’t driven out by cold weather—they just go when instinct tells them to. By contrast, facultative migrants may linger until conditions egg them on. Ducks, geese, and swans need open water, and although some migrate early, others may stay north until their habitat freezes over. The severity of the season may even influence how far south they go for the winter. The Sandhill Crane is another good example of a facultative migrant; in recent years, some Sandhill populations have been migrating later in fall and earlier in spring, while spending the winter farther north than they ever had in the past. 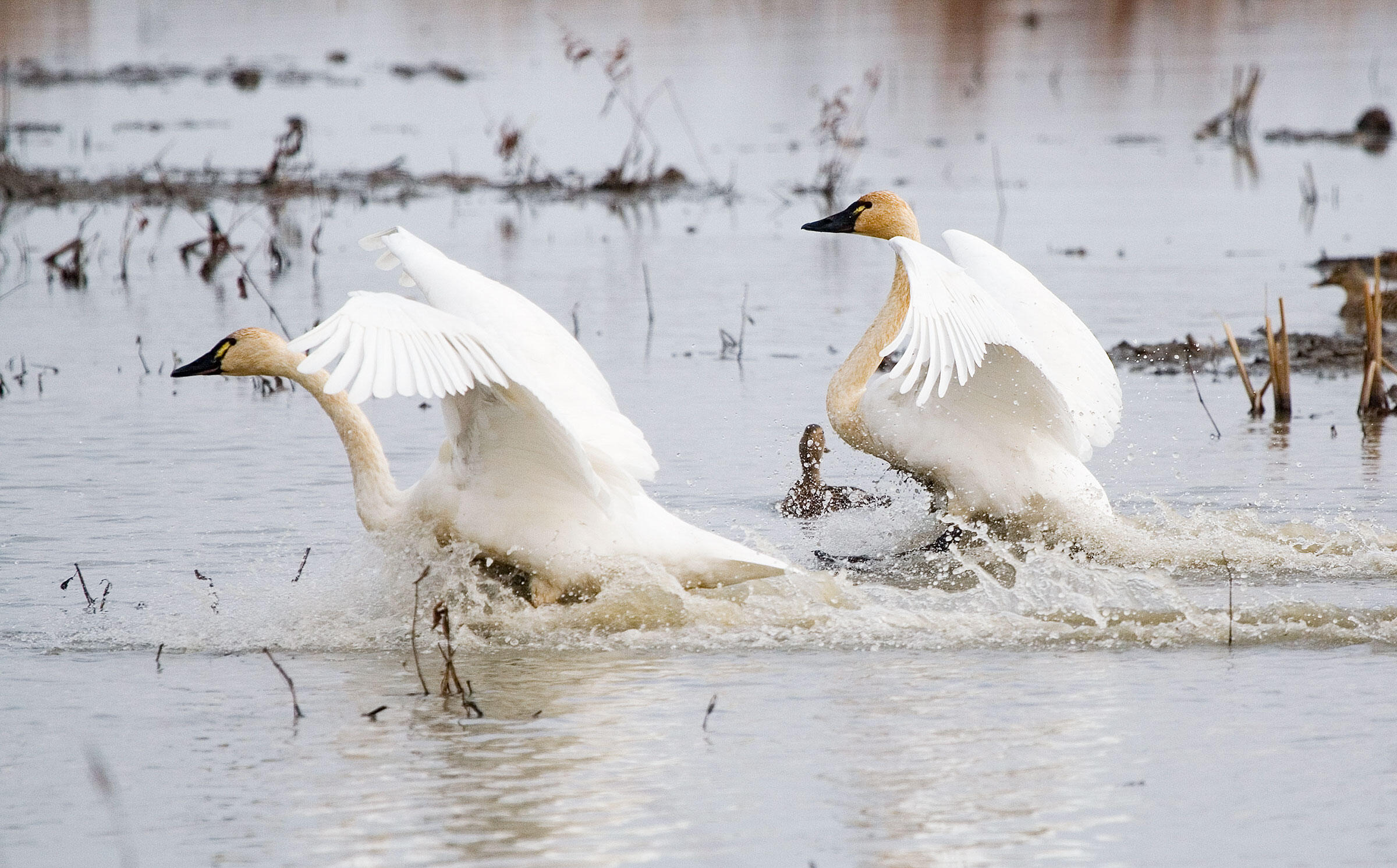 Waterfowl like these Tundra Swans have a typical window of time for their migrations, but they also need open water. An unusually cold spring may delay their northward migration until their habitat thaws. Photo: Kenn Kaufman

Now, if a bird is a stickler for schedule, can it change its migration timing? Yes, but not in its lifetime: The species will make the shift over multiple generations. As with any other instinctive behavior, migration windows can evolve over time. That adaptability is based on survival.

The perfect time for a bird to arrive on its breeding grounds is a balance of two pressures. On one hand, it needs to arrive early to claim prime territory. On the other hand, if it moves north too far or too fast, it might freeze or starve. In every population of migratory birds, individuals vary somewhat in their timing. Those that hit the sweet spot and arrive at the perfect time are more likely to nest and raise young successfully, so their genes are more likely to be passed along to the next generation.

If the climate changes so that warm spring temperatures creep up earlier, birds that arrive earlier may have the advantage. Not only will the early bird get the worm, it may also get the best territory and the healthiest mate and raise more young than its slowpoke neighbors. If the genes for early migration are passed along to more of the offspring, then over a span of many generations, the average timing of arrival of the entire population will gradually shift.

Other factors could be at work as well: For example, one study of Black-tailed Godwits suggests that females will lay eggs earlier in a warmer season, and that young birds that hatch at the beginning of the summer will migrate earlier the next spring. Research on breeding Pied Flycatchers in Europe also indicates that the first young birds to hatch will leave their African wintering grounds earlier, especially after winters with good rains. On the other hand, American Redstarts left their wintering grounds in the Caribbean later than normal after winters when food was scarce.

Scientists are still working to understand just how different species can alter their travel calendars. But with rapid climate change already under way, the concern is that some migratory birds may not be able to evolve quickly enough to keep up. You can pitch in and help experts keep track of these patterns by plugging your spring-migration sightings into databases like eBird and Audubon’s Hummingbirds at Home.