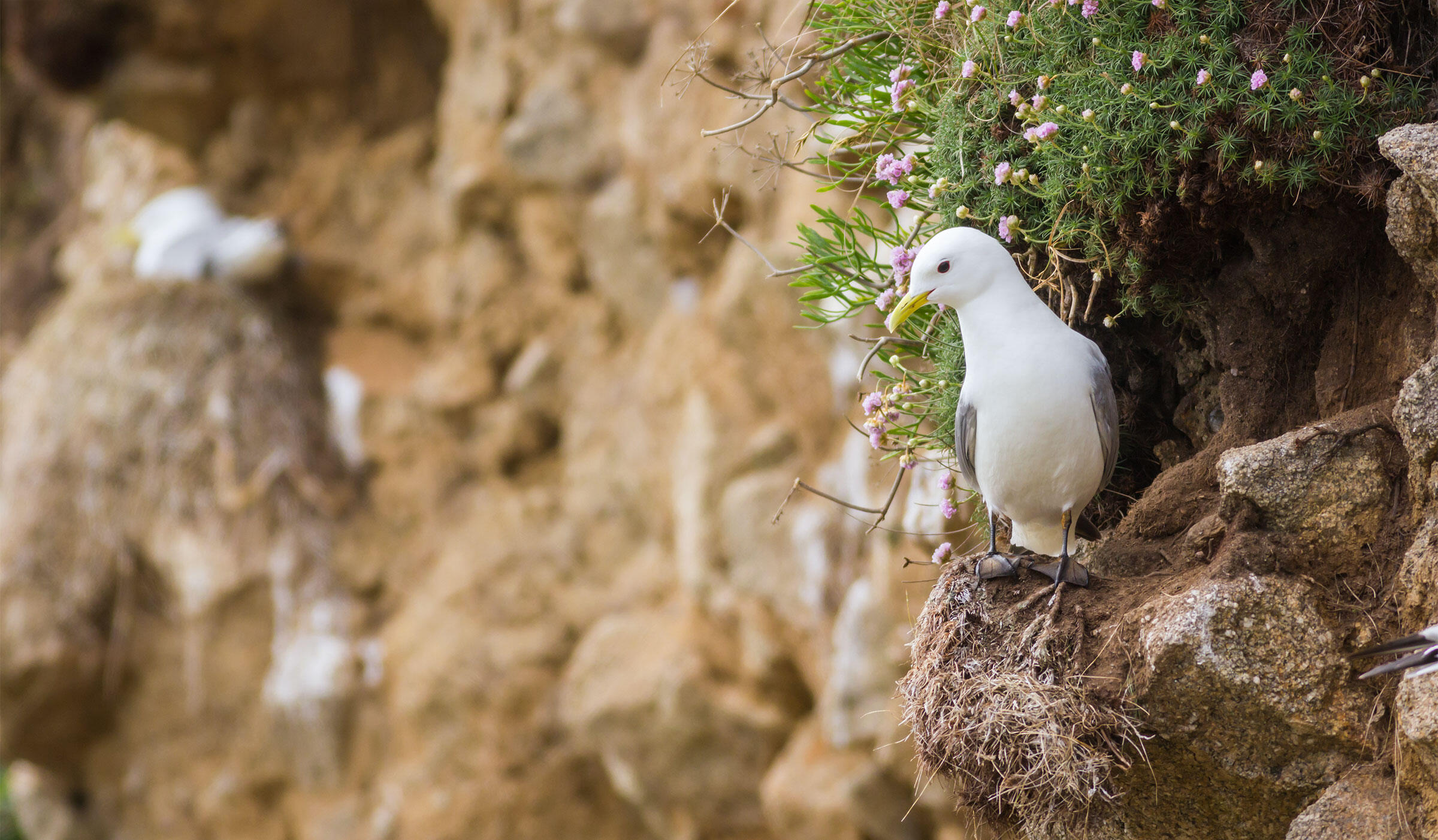 To the delight of nature lovers, the approaching winter is bringing loads of Snowy Owls with it. The unmistakable Arctic raptors are winging into the Upper Midwest and the Northeast, and have been spotted as far south as Oklahoma and Virginia.

But don’t let this unusually intense irruption, as these periodic southward incursions are called, fool you into believing Snowy Owls are thriving. As with any species whose population follows boom-and-bust cycles, the good years can be deceiving. “That might be part of the reason scientists working on Snowy Owls are just sort of piecing together the fact that, overall, the species is declining quite rapidly,” says Andy Symes, global species officer for BirdLife International.

This year’s irruption notwithstanding, the bird’s numbers in North America have plunged 64 percent since 1970. Some researchers pin the decline on climate change, which may be making it harder for Snowy Owls to find their rodent prey. “We are now confident the declines are happening, so there’s an urgency to find out what’s going on and what we can do about it in terms of conservation action,” Symes says.

The loss is significant enough that BirdLife International’s latest reassessment of global bird populations upgraded the Snowy Owl’s conservation threat level from a species of ‘least concern’ to one that’s ‘vulnerable’ to extinction—one of 62 species the group is boosting to a higher threat level. The annual bird update, announced Tuesday, is part of a larger revision, done every four years, of the International Union for Conservation of Nature (IUCN) Red List of Threatened Species. The half-century-old list aims to draw global attention to animals and plants in distress and guide conservation efforts.

There’s plenty of good news in the latest Red List update. Of the 238 bird species included—chosen because BirdLife scientists thought they needed a closer look, based on new data or informal reports—66 were downgraded to a lower threat level. Notably, two species of Kiwi (Northern Brown and Rowi) were downlisted from endangered to vulnerable, which BirdLife says is the fruit of decades of labor in New Zealand to control invasive predators, such as feral cats and weasel-like stoats.

Still, the revised Red List reflects the reality that the planet is losing biodiversity at an astonishing rate. About one in eight bird species is now globally threatened, meaning they’re considered vulnerable, endangered, or critically endangered, BirdLife reports.

The revised Red List reflects the reality that the planet is losing biodiversity at an astonishing rate. About one in eight bird species is now globally threatened.

For example, the Yellow-breasted Bunting, once common across Asia, has lost 80 percent of its global population in just 15 years, earning a warning from BirdLife that it could be the next Passenger Pigeon. Hunting the birds has been illegal in China since 1997 but continues illegally. Listed as a species of least concern in 2002, the bunting now moves from endangered to critically endangered, the highest threat level on the Red List.

Seabirds show particularly troubling declines. BirdLife points to overfishing as the cause for the threat-level shift for Southern Africa’s Cape Gannets from vulnerable to endangered, noting an almost total collapse of Namibian sardine and anchovy stocks that the birds rely on. The group also cites commercial fishing as a major factor in elevating the Antipodean Albatross from vulnerable to endangered. The South Pacific species is among some 100,000 albatrosses that die each year when they’re struck by trawling cables or seize long-line fishing bait and drown, BirdLife estimates.

Along with fishing, warming ocean temperatures are a big reason the worldwide number of Black-legged Kittiwakes has fallen by about 40 percent since the 1970s, pushing the small gull’s conservation status from a species of least concern to vulnerable. Warming ocean temperatures in the northern Atlantic and Pacific have thrown kittiwake nesting season out of sync with the reproductive rhythms of their favorite forage fish, making it harder to feed their nestlings. It’s not unlike the climate change-driven ecological shifts that have reduced the availability of nutritious fish for young Atlantic Puffins, which IUCN also considers vulnerable.

Tarzia says her organization recently submitted a proposal to the OSPAR Commission—a cooperative, international ocean conservation body—for a Marine Protected Area in the middle of the North Atlantic. BirdLife International has compiled tracking data showing it’s an important year-round food source for several seabird species, and hopes the designation would protect the area’s rich ecosystem from overfishing. As the updated Red List shows, it wouldn’t be the first time conservation efforts guided by science have pulled at-risk birds back from the brink. 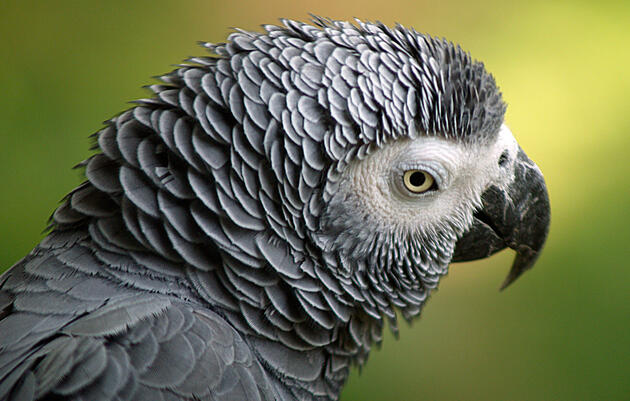 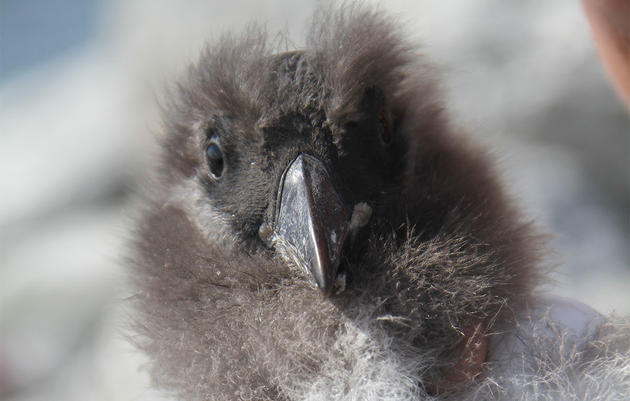 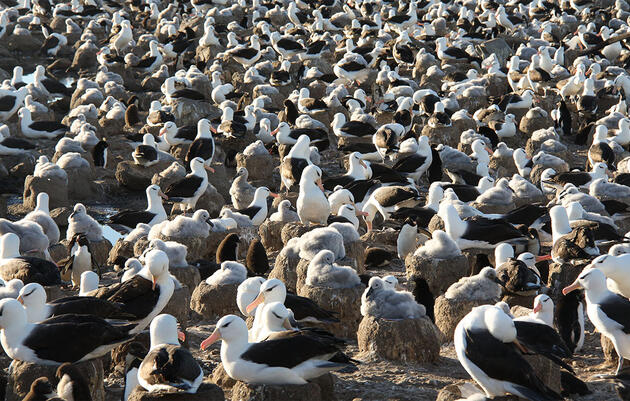 Secrets of Scat: What an Albatross’s Diet Reveals About Fisheries

By studying fish DNA in albatross guano, scientists can infer where and how the birds cross paths with dangerous fishing vessels.