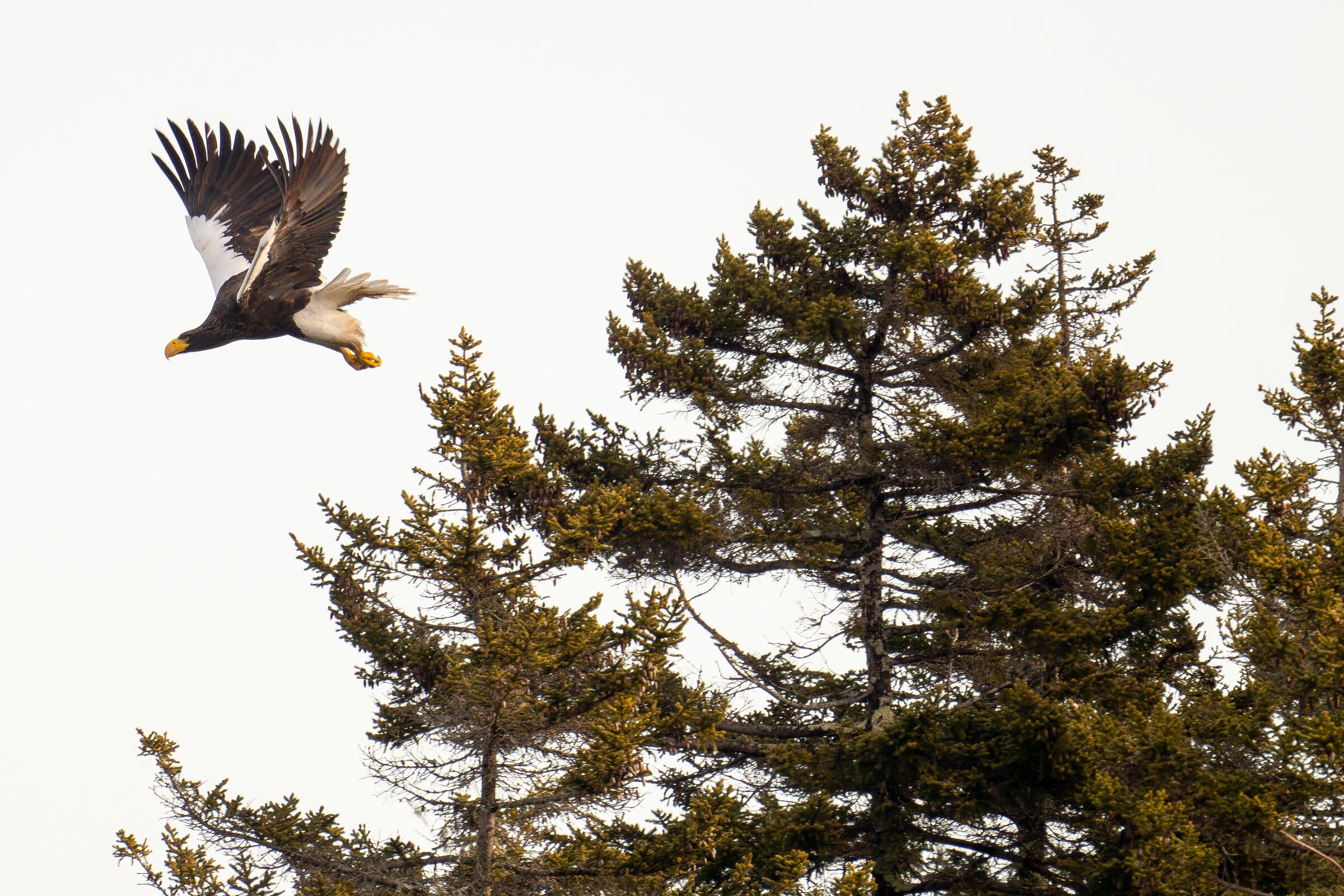 Update: The saga of this bird continued throughout 2022. From January to the end of March, the Steller’s Sea-Eagle continued to be spotted by thousands of birders in Maine. In April, it got restless—birders spotted it in Nova Scotia, and then again in Newfoundland, where it resided through the summer and attracted plenty of attention. Most recently, in November, the bird was spotted in New Brunswick. Where might this star eagle go next? You can keep up with the its movements by following this Twitter account.