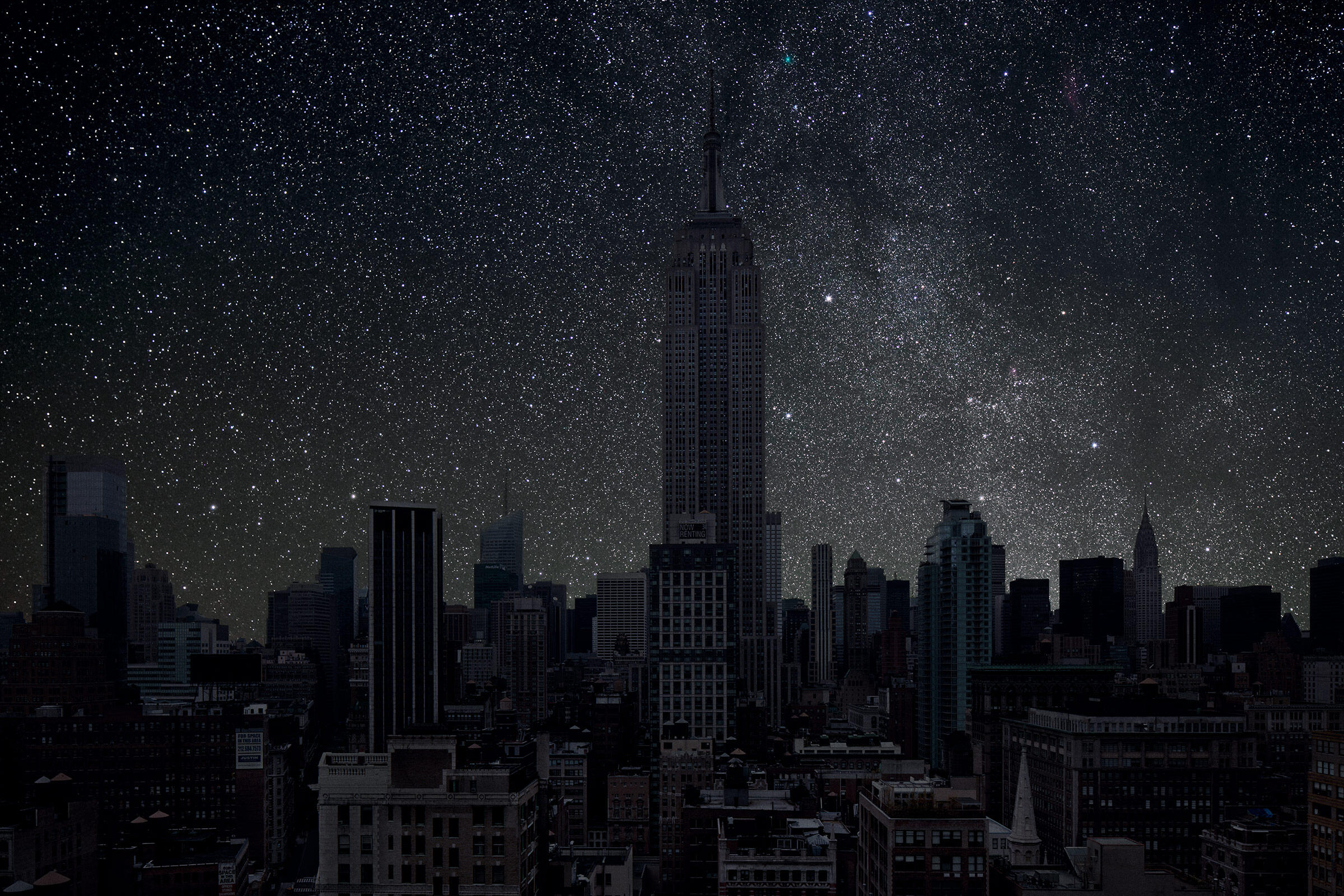 New York Turns Out the Lights

We humans may no longer need constellations for navigation, but birds still rely on the stars for directions. Or, they try to.

All too often, buildings’ light pollution washes out the night sky. Lost or confused migrating birds sometimes collide with buildings, or circle until they drop from exhaustion. By some estimates, 365 million to nearly a billion birds die trying to navigate tall buildings and bright lights.

The obvious solution: flip the switch.

On Monday, the New York State Governor Andrew M. Cuomo decided to do just that. He announced that state-owned and state-managed buildings from Buffalo to Gotham and Binghamton to Plattsburg will participate in the Audubon NY Lights Out program. That means unessential outdoor lighting will be shut off from 11:00 p.m. to dawn, from April 15 through May 31, and August 15 through November 15, when waves of songbirds migrate through New York in the dark en route to southern wintering grounds.

“This is a simple step to help protect these migrating birds that make their home in New York’s forests, lakes and rivers,” said Cuomo in a statement.

While only 20 buildings—mostly in Albany, but some scattered across the state—will be directly affected by the mandate, Cuomo hopes the program will inspire other building managers to sign on to Lights Out. Since the program started in Chicago in 1999, Lights Out initiatives have spread to dozens of other cities and states.

“We’re so thrilled,” says Erin Crotty, the Director of New York Audubon, who worked with the Governor’s office to enroll them in the initiative. Cuomo also added a special page of the State website dedicated to birding, which should help New Yorkers spot the creatures they’re helping, including Woodthrush, Baltimore Orioles, Piping Plovers, and hundreds of species passing by.

This is Cuomo’s second action against light pollution: In December, he signed a bill mandating that all outdoor lighting from state buildings be at least partially shielded and directed toward the ground. Senator Carl L. Marcellino, who proposed that bill, explained that reducing light pollution benefits birds and humans alike. “Our children should have the excitement of finding the Big Dipper without a long drive into the country,” he said in a statement.

Some of New York City’s iconic buildings already participate in the Audubon NYC Lights Out program; Rockefeller Center, Time Warner Center, and the Chrysler Building are three examples. The property manager for the Time Warner Center explained that the primary motive for shutting the crown lights atop the building’s towers at 10:00 p.m. is consideration for the neighbors. (It also cuts energy costs.) They’ve been keeping those lights off at night since the building opened in 2003, and, recognizing that the practice had a nice added benefit for birds, officially signed on to Audubon Lights Out in 2005.

“Audubon’s Lights Out Initiative and advocacy efforts dovetailed nicely with the energy conservation efforts underway at many state buildings,” says Emily DeSantis, the Deputy Director of Communications for the Environment at the Governor's office. New York’s City Council is considering a measure to limit internal and external lighting across the city’s iconic skyline, mainly to help conserve energy—though Mayor Bill de Blasio’s administration cited migratory birds as an extra reason to support the effort.

Luckily, it’s very easy to participate: at night, close the blinds, or make a point to flick off the lights entirely when you leave the room. If you have lights for security, make them motion-activated (it’s safer anyway). When shopping for any other outdoor lighting options choose fixtures that are shielded.

And if you find yourself outside after dark, take a moment to marvel at the stars. The birds are looking, too.