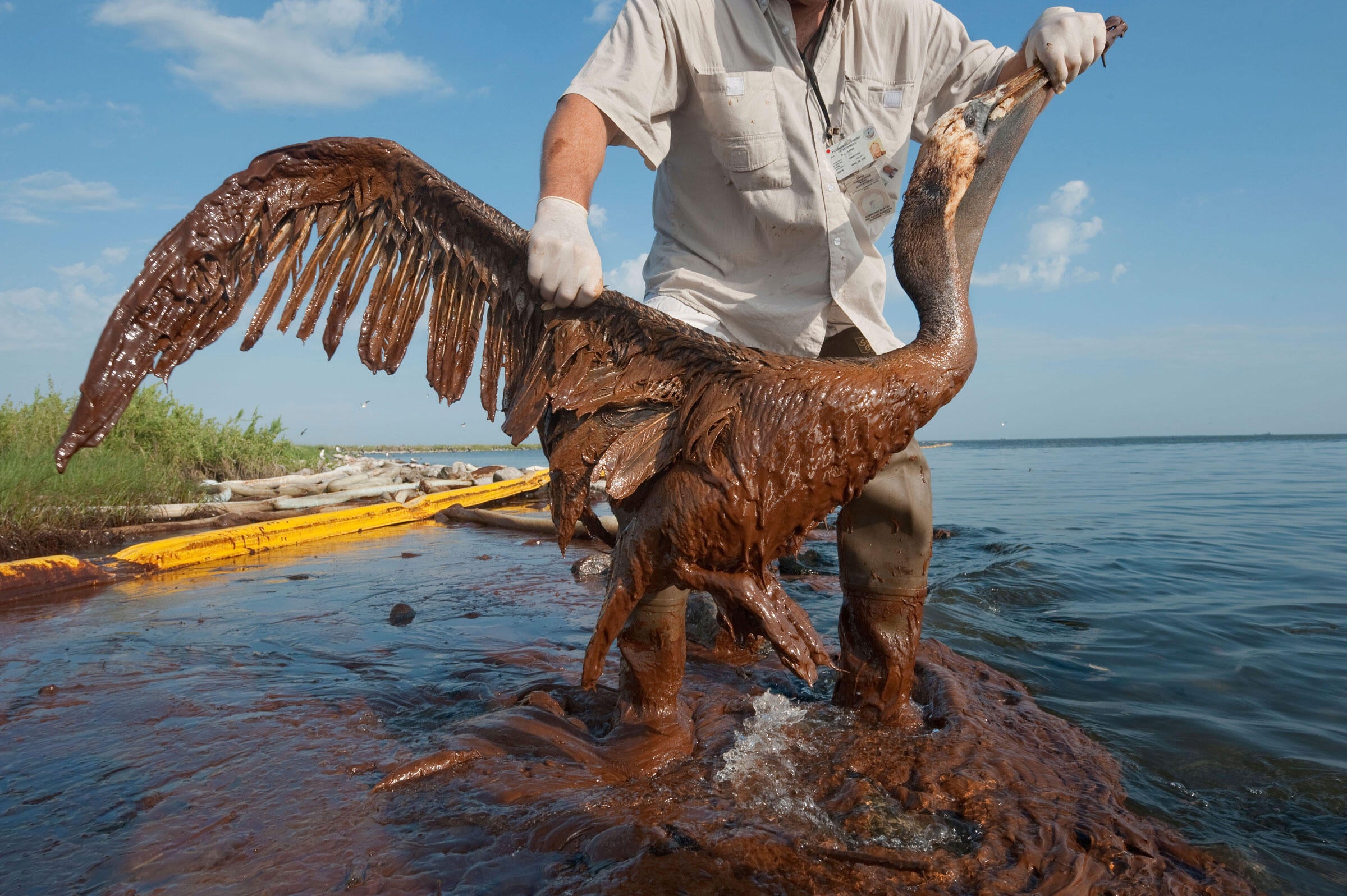 Washing off an oil-covered bird is only half the battle. A new story in "Hakai" explains why.

But is that how it plays out? That happy ending may just be an illusion, a new story in Hakai magazine reports.

Over the years, studies have found that the majority of Brown Pelicans treated and released after spills end up dying or never mating again. What’s more, human intervention can actually exacerbate their condition. Just 1 percent of soiled birds survive post-treatment, according to the German biologist Silvia Gaus, who first picked up on the surprising trend.

Hakai's Andrew Nikiforuk argues that most of the clean-up efforts we see are response theater—doing something that may not work to create a mirage of success. In an oil-hungry society, these illusions do nothing more than assuage people’s guilt over the consequences of their choices. Response theater also serves to cloak the very real limits of the technological solutions at hand, Nikiforuk says.

While these theatrics are mainly useless, there are some rare exceptions. After the MV Treasure oil spill off South Africa in 2000, cleanup crews managed to save thousands of penguins. But these heorics barely make a dent in containing the fallout from major water-based disasters. Nikiforuk writes:

"Scientists have recognized this reality for a long time. During the 1970s when the oil industry was poised to invade the Beaufort Sea, the Canadian government employed more than 100 researchers to gauge the impacts of an oil spill on Arctic ice. The researchers doused sea ducks and ring seals with oil and set pools of oil on fire under a variety of ice conditions. They also created sizable oil spills (one was almost 60,000 liters, a medium-sized spill) in the Beaufort Sea and tried to contain them with booms and skimmers. They prodded polar bears into a man-made oil slick only to discover that bears, like birds, will lick oil off their matted fur and later die of kidney failure. In the end, the Beaufort Sea Project concluded that 'oil spill countermeasures, techniques, and equipment' would have 'limited effectiveness' on ice-covered waters."

When oil companies are forced to mop up after themselves, they often respond with flimsy, haphazard technologies, further endangering coastal economies and their inhabitants. For now, it seems that a true panacea only exists in the realm of fantasy.

Read the rest of the story over at Hakai.