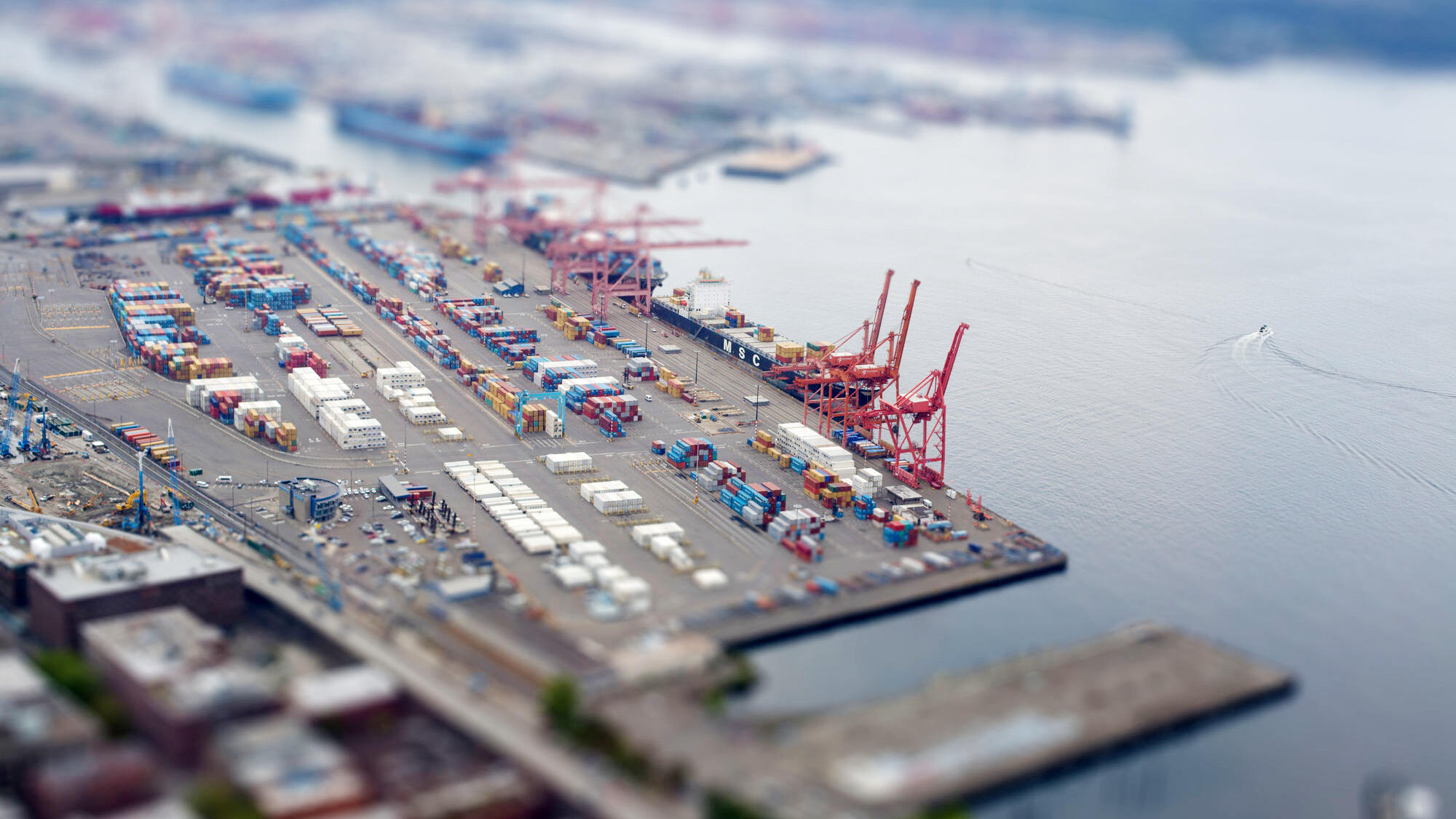 Shell has brokered a deal to dock their oil tankers at the Port of Seattle, pictured here. Photo: Cam-Fu/Flickr Creative Commons

The oil company wants to use a Seattle port to dock its oil tanks, but the Emerald City is closing its doors.

Shell is likely to start drilling in the Arctic as early as this summer, but where that oil ends up is still a matter of debate. Last Monday, Seattle Mayor Ed Murray announced that under its current permit, the Port of Seattle could not use Terminal 5 to house Shell’s Arctic drilling fleet.

“I urge the port to consider, is this really the right use of Terminal 5, even for the short term?” Murray said in a statement. “This is an opportunity for the port and all of us to make a bold statement about how oil companies contribute to climate change, oil spills and other environmental disasters—and reject this short-term lease.”

How will the decision affect Shell’s plans? “That’s the question everyone is asking,” says Patti Goldman, attorney for Earthjustice.

Foss Maritime, the contractor that negotiated the lease on Shell’s behalf maintains the Port was well aware of Shell’s intentions when it gave them the greenlight earlier this year. Though the Port is an independent government entity, the current permit only covers cargo operations—not the moorage and maintenance of oil rigs and vessels, according to an investigation by the Seattle Department of Planning and Development.

Right now, the only definitive outcome of the announcement is that the Port is on notice that Shell’s occupancy is illegal. If it allows Shell to continue using Terminal 5, the Port opens itself up to fines and other penalties. But because the deal was reportedly worth $13.17 million, those fines are expected to be a relative drop in the bucket.

The Port is expected to announce its next move at a public hearing next Tuesday. Its five commissioners, which are elected by the public, could vote to appeal the decision with the city, seek a new permit from the city, or void the lease and evict the drilling fleet.

Murray’s announcement precluded a hearing on a lawsuit filed in March by Earthjustice on behalf of several environmental groups, including the Seattle Audubon Society, against the Port and its commissioners. The lawsuit is still pending, with a hearing scheduled for July 31 in King County Superior Court.

The suit contends that the Port commissioners negotiated with Foss Maritime in private, with almost no notice, says Brian Windrope, executive director of the Seattle Audubon Society. “The suit is not about climate change or even Arctic drilling—it’s about public process,” Windrope says.

A decision on the suit is also expected in late July, but whatever is decided, it would come too late to stop the fleet from beginning its drilling operations in Alaska’s Chukchi Sea this summer—but it could mean the vessels would be barred from returning to Seattle.