For the most part, birding is a calm, peaceful activity, perfect for those with lots of patience, time, and of course, a love of birds. But the hobby can attract some unsavory personalities, too. Emily Graslie, chief curiosity correspondent at the Chicago Field Museum, found this out when she discovered that one of her employer’s specimens had been donated by an infamous murderer.

As part of her 60 Second Specimens educational series (above), Graslie digs into the backstory of a Kirtland’s Warbler that was donated to the Field Museum in 1924 by amateur ornithologist Nathan Leopold, shortly after he killed a 14-year-old boy. But it wasn’t just the plot twist that drew Graslie to the well-preserved, yellow-and-blue bird.

“What I love about this Kirtland’s Warbler is that not only is it an important specimen scientifically, it's also contributing to a greater knowledge about a rare and increasingly difficult-to-study and -document bird,” Graslie says.

Today, the Kirtland’s Warbler is endangered and hardly accessible in the wild. But the way Leopold acquired the specimen back in 1923 was also probably illegal, says Chicago-area naturalist Joel Greenberg. Leopold had a city-issued license to shoot and collect birds, but he didn’t have permits to collect Kirtland’s Warblers, which would have been protected under the Migratory Bird Treaty Act of 1918.

But conservation laws weren’t as strict back then, Greenberg says, and so, Leopold went about pilfering from the few Kirtland’s nests that he found. There had only been two or three sightings in the region until he started his search, with the first record in 1903 in northeast Michigan (by Leopold’s professor and mentor, Norman Wood). Experts at the time assumed the bird was rare, but its conservation wasn’t as much of a concern—only in the 1950s did researchers begin monitoring the species with care.

Leopold, for whatever reason, developed a Kirtland’s fixation, and was said to be the person who knew most about the warbler at the time.

Leopold, for whatever reason, developed a Kirtland’s fixation, and was said to be the person who knew most about the warbler at the time. He discovered that it was being parasitized by Brown-headed Cowbirds, a fact that justified its endangered species listing decades later. He also made two separate trips to collect Kirtland’s Warbler specimens in Michigan and delivered a paper on it at the American Ornithological Union meeting in 1923.

Then the next year, Leopold and his alleged lover Richard Loeb committed the grisly murder that earned them both lengthy prison sentences. (The motive was murky, but was chalked up to a morbid game, or challenge, for the two.) After killing the boy, who was Loeb's cousin, they dumped his body in a culvert south of Chicago and mailed a ransom note to his family. Investigators, however, were able to trace a pair of glasses that fell out of Leopold’s pocket back to him and his accomplice.

When Leopold learned of his sentencing, he set aside 10 specimens from his avian collection of thousands that he deemed of greatest scientific value. Those specimens, including the infamous Kirtland’s Warbler, ended up at the Field Museum. More than 30 years later, after Leopold was paroled, one of the first things he did was visit the museum. He also took a trip to the warbler’s nesting habitat before moving to Puerto Rico to study and write about birds for the rest of his diabetes-plagued life.

Of course, the Kirtland’s Warbler isn’t the only Field Museum resident with a bizarre past. Graslie says that each of the museum’s 30 million specimens has a story, and she’s determined to tell as many as she can. In the most recent bird-related installment of 60 Second Specimens, Graslie focused on sooty avian specimens from the 1880s, whose feathers told the story of black-carbon pollution over a period of 135 years.

Whether donated by a murdering birder or picked up off the sidewalk after flying into a building, every specimen at the Field Museum has its importance, says Ben Marks, the museum’s collection manager of birds. “There's a ton of amazing ways that our specimens can be used, ways that the people that collected them couldn't have even imagined would be possible.”

Correction: As our astute readers pointed out, the murder of Richard Loeb's young cousin was a grisly affair and did not involve any grizzly bears. 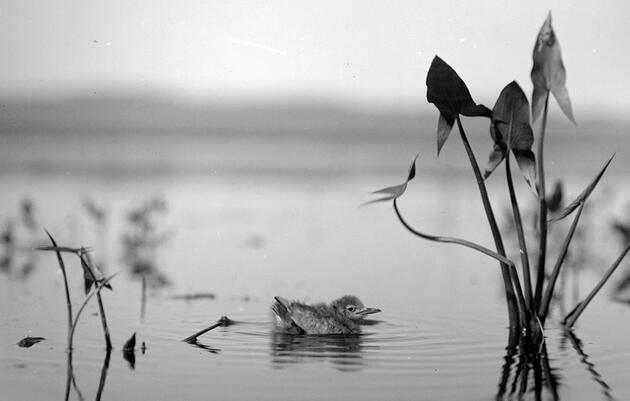 From early conservation "selfies" to close-up shots of nesting birds, the images are curated from a vast new digital archive. 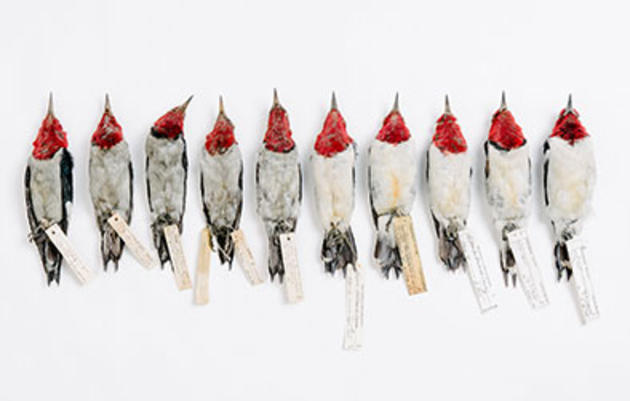 Sooty Feathers Tell the History of Pollution in American Cities

Preserved birds and digital photos help pinpoint levels of black carbon and the changes that led to its decline. 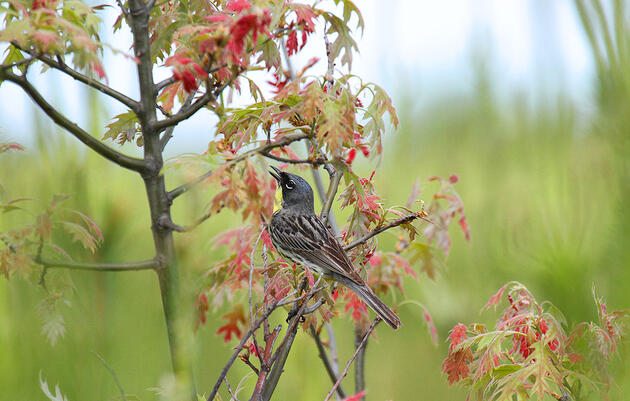