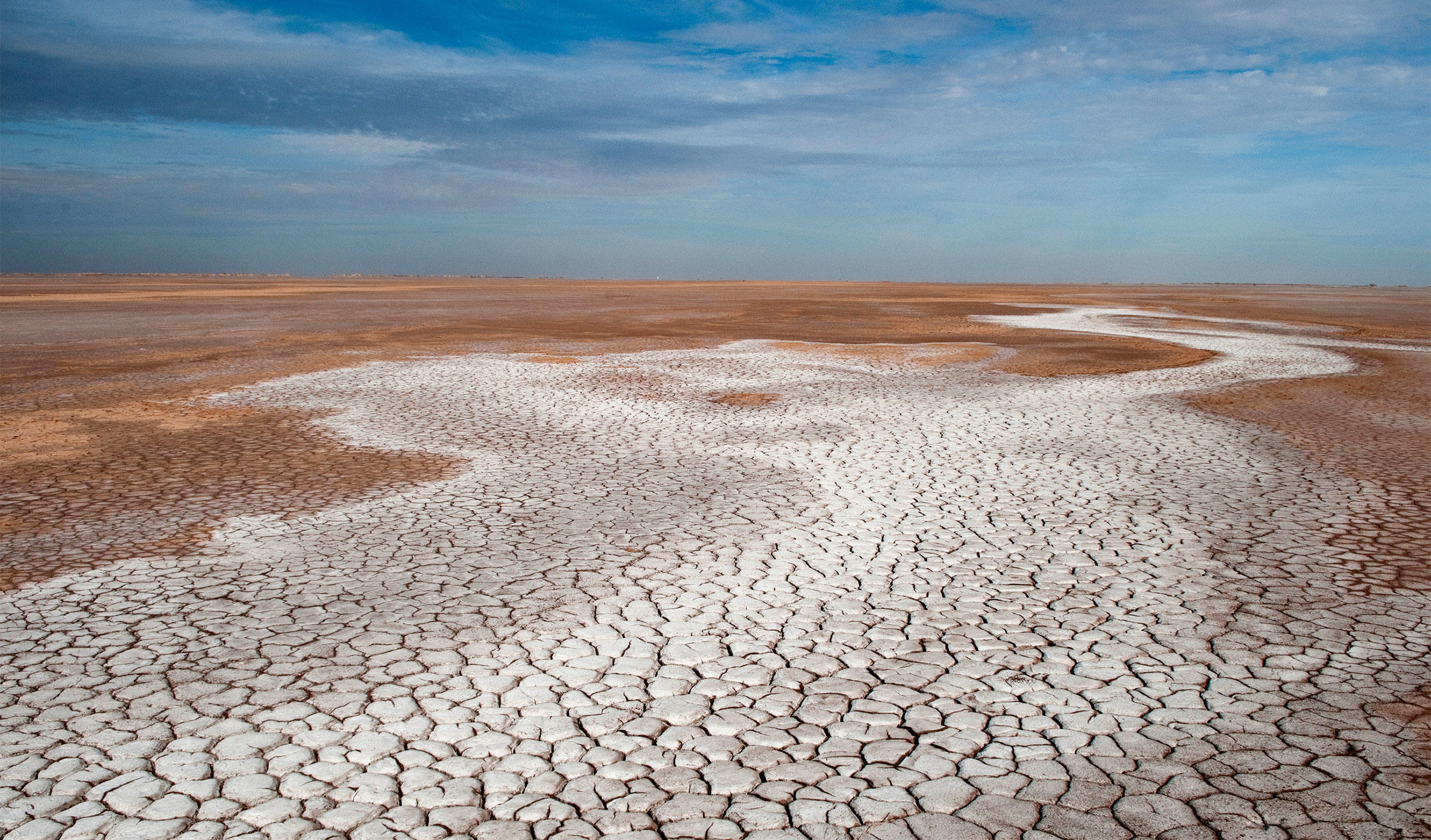 Without an influx of water, the Colorado River trickles to a halt 100 miles inland of its historical coastal outlet in Mexico. Photo: Pete McBride/National Geographic Creative

Update to U.S.-Mexico Water Treaty Is a Huge Win for Conservation

Audubon and its partners played a key role in the negotiations for Minute 323, which sets aside 200,000 acre-feet of water for environmental purposes.

The birds and people that live along the Colorado River delta have gotten a second reprieve. After years of painstaking negotiation, delegates for the United States and Mexico signed Minute 323, the latest refinement on a 1944 treaty, managed by the International Boundary and Water Commission, that dictates how water is managed across the shared U.S.-Mexico border.

The last major update to the treaty that involved environmental sharing of water was Minute 319, signed in 2012, that promised a series of flows from 2014-2017. This latest agreement secures continued commitments from both countries to improve water conservation in the Colorado River basin; Audubon was actively involved in the negotiations to make sure that water sustainability was addressed in any new treaty language.

While the agreement covers a number of issues, including how water shortages will be shared by the United States and Mexico, it also sets aside 210,000 acre-feet of Colorado River water specifically for environmental purposes. This water will be used to support and restore habitats along the  river’s parched delta in Mexico—without this water, the Colorado River trickles to a halt some 80 miles inland of its historical coastal outlet—and will be released over the course of nine years. The conservation coalition Raise the River, which includes Audubon and its BirdLife partner in Mexico Pronatura Noroeste, will focus on the restoration of approximately 4,300 acres of prime cottonwood, willow, and mesquite habitat along the delta.

The pulse flow in 2014 was followed by the planting of more than 200,000 native cottonwood trees. An initial assessment by Audubon and its partners showed that the 2014 release improved habitat, and 1,100 acres of new habitat had been created. The data also suggest that birds have begun to return to the areas that were formerly parched; according to Osvel Hinojosa Huerta, a Mexico-based scientist and member of the team that monitors vegetation and wildlife in the delta, Yellow-billed Cuckoos have been spotted where none were before. He cautions, however, that it's still too early to say if the increase in biodiversity is permanent.

While most of the water released 2013-2017 came as one large pulse, the Minute 323 water deliveries will focus on smaller volumes that will help preserve a baseline amount of water in the delta ecosystems over a longer period of time. According to Jennifer Pitt, Audubon’s Colorado River program manager, this new regimen is based directly on the results of the long-term monitoring studies.

The negotiations around the sharing of Colorado River water between the U.S. and Mexico is just one facet of the myriad challenges involved in managing water in the arid Western U.S. Climate change is making an already-arid climate even drier. Understanding all of the various facets affecting Western water use is critical to making big-picture, sustainable decisions. To help in that effort, Audubon recently released its analysis of the situation in its Birds and Water in the Arid West report, which explores the importance of water in all of its forms—saline lakes and rivers in the Colorado River basin—to bird populations. The report plots out how overdrawing water from the landscape will negatively affect everyone, including the humans, who depend on it.