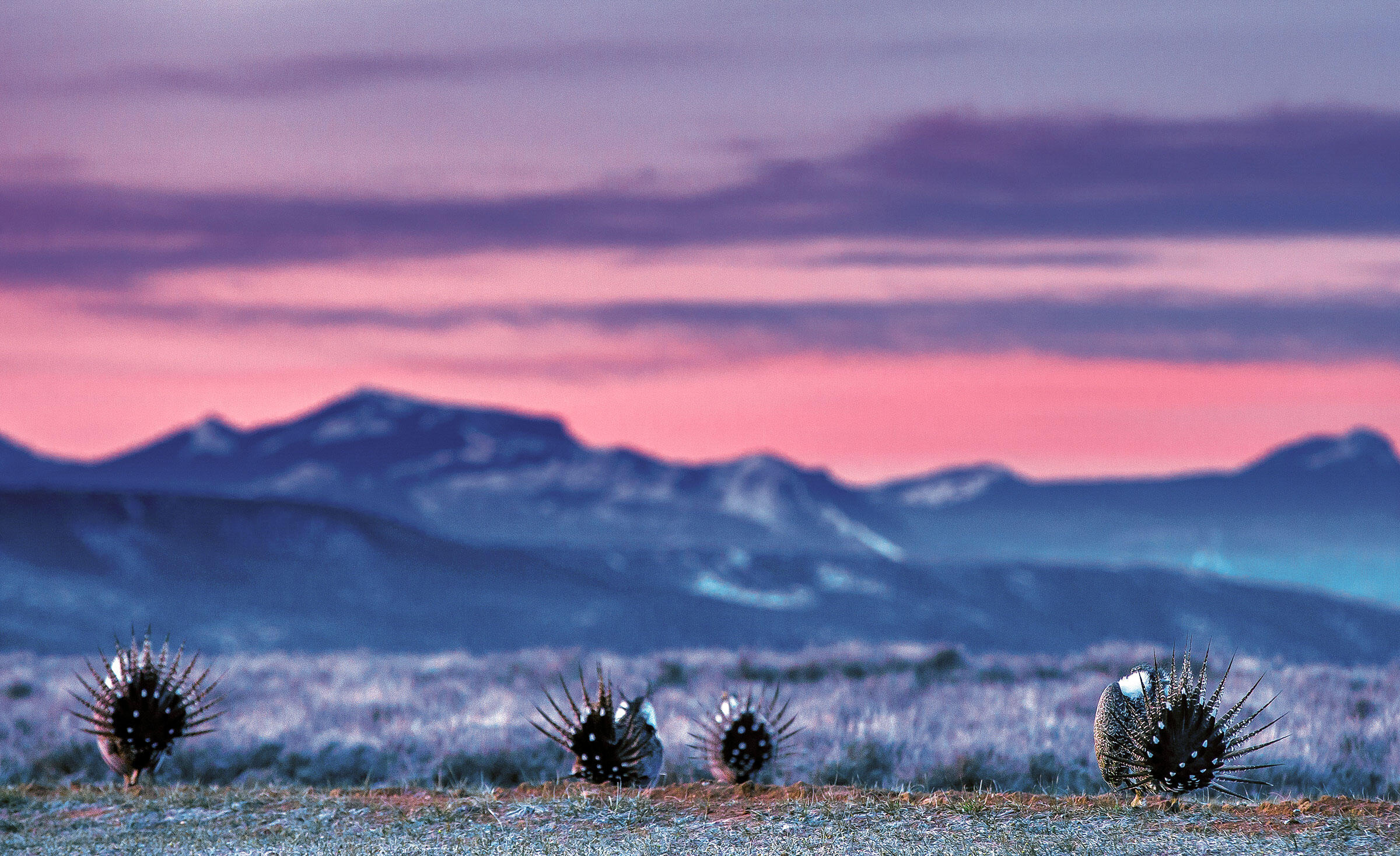 When the U.S. Fish and Wildlife Service (FWS) decided in 2015 not to list the Greater Sage-Grouse under the Endangered Species Act, it wasn’t because the species was in good shape. The FWS in 2010 had determined the chunky, ground-dwelling birds were in serious enough trouble to invoke the act and put them in the queue for a possible listing. With half its historic habitat lost across the West—due largely to oil and gas development, urban sprawl, and wildfires stoked by the spread of non-native cheatgrass—the grouse’s numbers had fallen from several million to perhaps 500,000.

The agency’s decision not to list sage-grouse was a vote of confidence in a 2015 set of management plans created in response to the 2010 determination that steered oil and gas development away from the bird’s most important habitat. Creating these guidelines involved updating and consolidating 98 separate land use plans—a massive, years-long undertaking that brought ranchers, drillers, environmental groups, and other interests to the table. The conservation commitments in the resulting compromise, the FWS wrote, “ensure that high-quality sage-grouse lands with substantial populations are minimally disturbed and sage-grouse within this habitat remain protected.”

Avoiding a listing was a positive sign for the bird’s future, but it was also good news for ranchers and industrial users of public lands, since a threatened or endangered designation would have triggered worst-case restrictions on drilling, grazing, and other activities. Without the habitat-protection guarantees in those plans, environmental groups have since warned repeatedly that sage-grouse would be on the road to a listing.

Now, we might find out if they were right. On March 15, the Bureau of Land Management finalized sweeping changes to those 2015 plans, stripping protections from millions of acres of sage-grouse habitat. The amendments eliminated 8.9 million out of 10.7 million acres of so-called sagebrush focal areas, protected habitat considered most essential for the grouse. They loosened development-free buffers around the grouse mating areas known as leks and, in some areas, ended a policy of prioritizing non-grouse habitat for energy development. In some cases, drillers can now seek waivers to put well pads or other infrastructure in areas where surface development was previously off-limits. And a federal “compensatory mitigation” mandate—which required drillers to replace habitat they damage with restored sagebrush elsewhere—is now voluntary.

The energy industry and several western governors welcomed the changes, but conservationists, feeling betrayed, say that the new plans disregard strides already made and cast a shadow over the future of sage-grouse. “There’s this feeling of just pulling the rug out from all these years of work,” says Daly Edmunds, policy and outreach director for Audubon Rockies. “The science is super clear: Sage-grouse do not deal well with oil and gas development. It’s just unfortunate that the politics are being used in such a manner that the science is being disregarded.”

With the habitat protections that kept sage-grouse off the endangered list now in tatters, it seems a listing is once again a very real threat. “I think sooner or later, if the administration keeps taking actions that accelerate habitat loss and the decline of sage-grouse viability, ultimately that’s where we’re going to end up,” says Michael Saul, a senior attorney with the Center for Biological Diversity.

With the habitat protections that kept sage-grouse off the endangered list now in tatters, it seems a listing is once again a very real threat.

But conservationists still hope they can prevent that scenario by suing the administration. “That’s almost certainly what you will see first,” says Mark Salvo, vice president of landscape conservation for Defenders of Wildlife. Indeed, the Center for Biological Diversity and other groups today responded to the rollbacks with a new legal complaint, updating an open lawsuit they filed over the 2015 plans, which they already considered inadequate. That’s on top of a pair of lawsuits filed last year by the National Audubon Society and other plaintiffs that accuse the Interior Department of violating the 2015 plans by selling oil and gas leases in important grouse habitat. “I think you’re going to find a number of organizations willing to step in and litigate to remand and hopefully reverse some of the plan amendments that the Trump administration has just finalized,” Salvo says.

If the legal approach fizzles, sage-grouse advocates could see a listing as the only option for saving the bird. But for the moment, that’s impossible, thanks to maneuvers by Republicans on Capitol Hill to prevent a listing, taking away the threat that brought everyone to the table for the earlier compromise. Since 2015, lawmakers have inserted language into federal spending bills prohibiting the FWS from taking steps to list sage-grouse. With Democrats now in control of the House, however, conservationists hope Congress will soon close that loophole and put a listing back on the menu of options. “Congress should not be in the business of micromanaging species conservation under the Endangered Species Act,” Salvo says.

Even if lawmakers remove the rider from future spending bills, any attempt to protect sage-grouse via the Endangered Species Act could be complicated by a Trump administration effort to change how the law is applied. The FWS drew pushback from wildlife advocates last July when it proposed significant changes in how it implements the act. Among them was a call to end the agency’s policy of automatically giving threatened species the same protection as endangered ones. It would instead require the FWS to write species-specific protection rules. Opponents worry that if Greater Sage-Grouse were listed as threatened, industry lobbyists could tamper with those rules, leaving them toothless and unable to safeguard the species.

Another of the changes proposed by the FWS would cut language that requires its director to make listing decisions “without reference to possible economic or other impacts of such determination.” The agency asserts that it would simply present information to the public about the economic impacts of a listing, but critics are wary of allowing financial considerations to creep anywhere near listing decisions, which the act says must be based solely on science. “Certainly, I think sage-grouse would be a prime example of how that might play out,” Saul says. “One of its biggest threats is such an economically powerful and aggressive industry, the oil and gas industry. You can be sure that they would be making all sorts of inflated arguments about the economic harm to them that might occur as a result of listing.”

Taken together, these obstructions mean that, if the Endangered Species Act becomes a necessary tool to protect sage-grouse, the road to a listing will be anything but straight or smooth. But federal wildlife professionals already determined that, if not for the conservation commitments made in 2015, the species was in serious enough trouble to warrant a listing. And now the federal government has pulled back from those commitments. So unless the courts restore protections for the bird, it’s hard to see where else this road might lead.