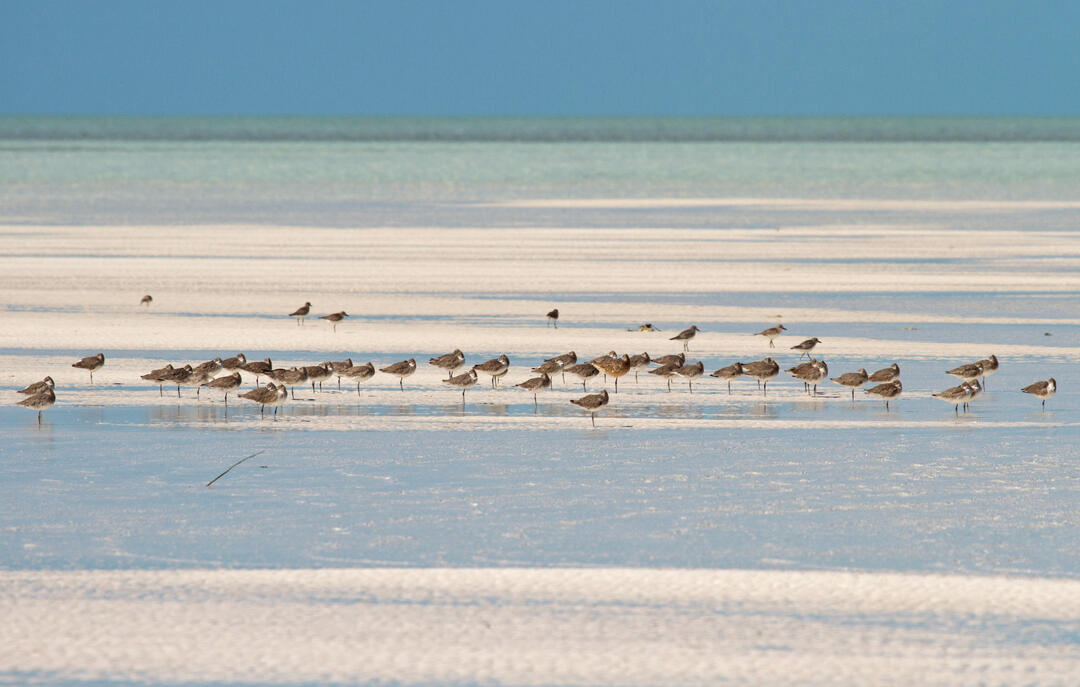 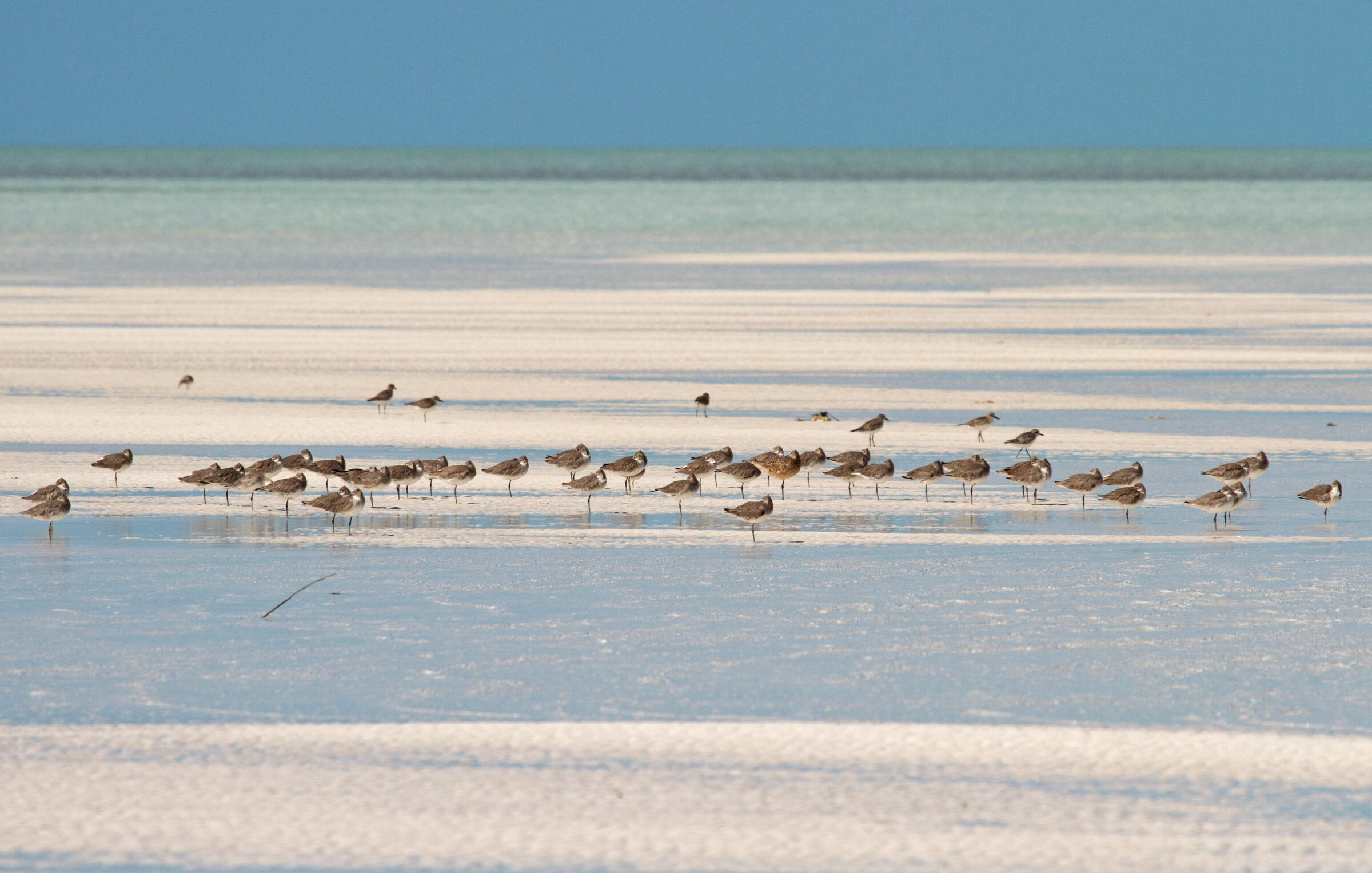 Audubon's work in the Bahamas leads to protection of critical habitat for plovers and other threatened birds.

The Bahamas’ Joulter Cays, a series of mangrove covered Cays connected with miles of sand flats on the edge of the Bahama Bank in the northwest of the archipelago, are a critical wintering area for 13 shorebird species including the endangered Piping Plover. On Monday, August 31, 2015, the Bahamas National Trust and Bahamian government announced it would be designated as a national park, in part thanks to Audubon’s efforts. This designation will protect this critical area from development and ecologically damaging activities like sand mining.

In 2012, Audubon researchers discovered that the Cays provide important habitat for 10% of the overwintering Piping Plover population that breed along the Atlantic Coast of the United Stated and Canada. In addition the area is important for the threatened Red Knot, and declining shorebird species like the Semipalmated Plover, Short-billed Dowitcher and wading birds like the Reddish Egret. Since the initial shorebird discoveries, the Joulter Cays and the surrounding areas has been identified as a globally significant Important Bird and Biodiversity Area by BirdLife International. In addition to the birds, the area supports local economies through sports and commercial fishing and offers great opportunities for eco-tourism. Audubon began working in the Bahamas in the 1950s, when populations of the American Flamingo, the national bird of the Bahamas, had declined precipitously and the birds faced extinction. Building on the success of saving the American Flamingo, which today number 60,000 or more, Audubon has partnered with the Bahamas National Trust since 1959 to protect the Bahamas’ natural heritage.

The designation of Joulter Cays National Park isn’t the end of Audubon’s work in the Bahamas, either. In November 2015, scientists from around the Audubon network will travel there again to survey birds, map roosting sites. Audubon is also training Bahamians in bird identification and guiding skills so that they can act as bird guides in the area. And in January 2016, an international team of ornithologists—Audubon researchers among them—will travel to Bahamas for a once-every-five-years census of Piping Plovers in the archipelago.

The National Audubon Society and the Bahamas National Trust are both members of the BirdLife International Partnership, the world’s largest nature conservation partnership.

Piping plovers are famous summer residents of beaches and lakeshores--the most adorable argument against development and reckless recreation. Yet where many spend the winter has long been a mystery. Until now.

Audubon scientists are banding Piping Plovers as they winter in the Bahamas to learn more about this tiny endangered bird. 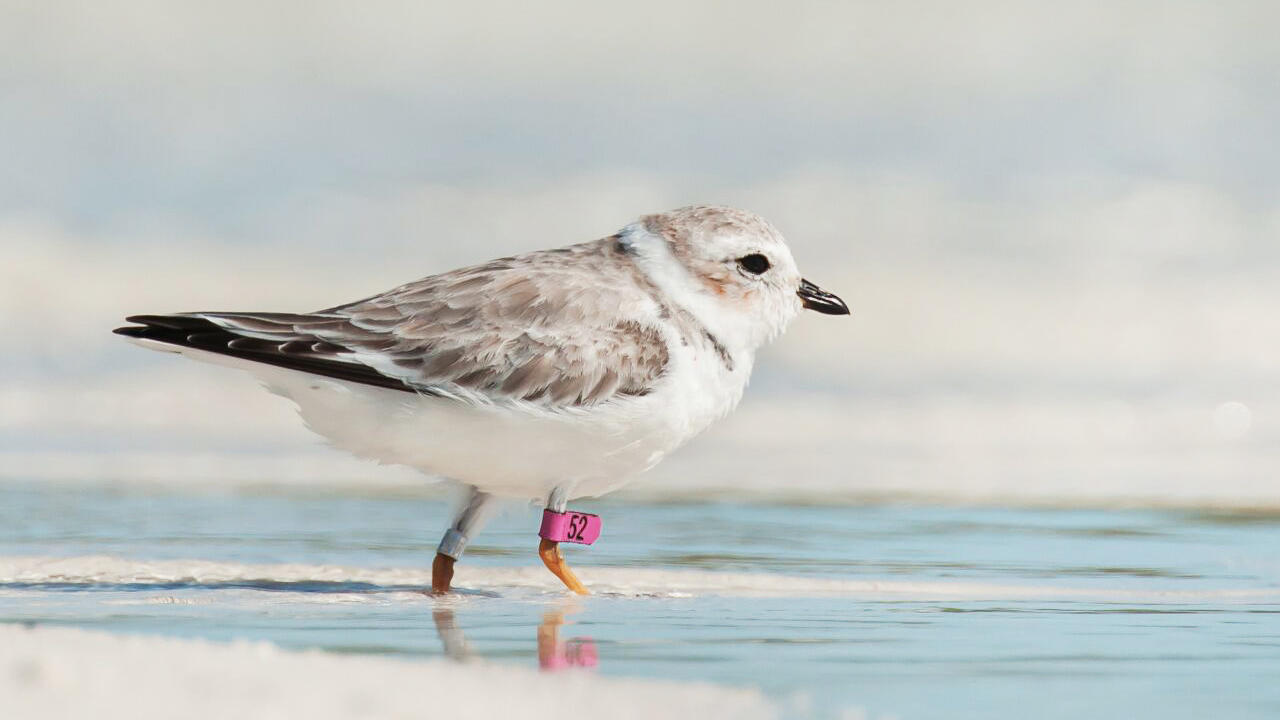 See where these pink-banded birds have migrated during the 2015 migration season.